At least not for the same reasons white people do. 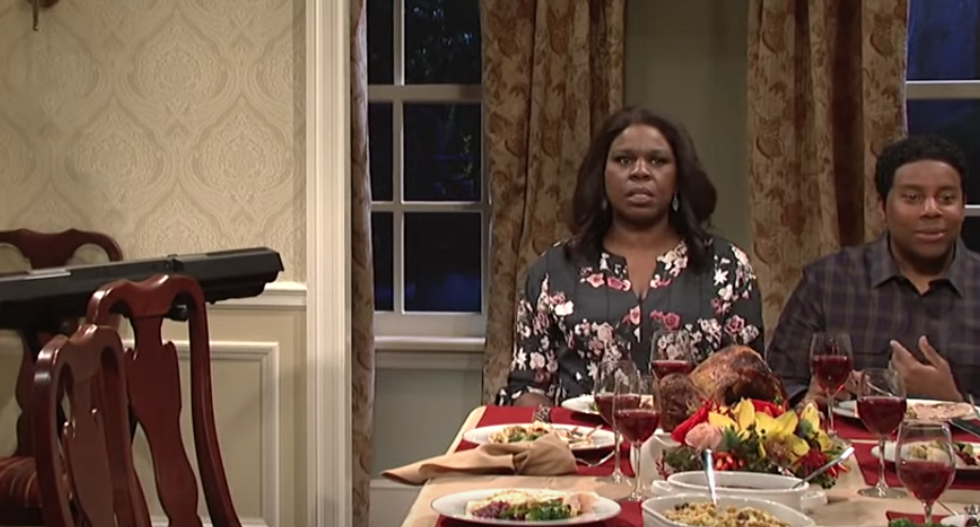 Let's be honest, most holidays, specifically the federal ones, historically exclude black people, not that many of them considered Black people to be people at the time they were conceived in the first place.

On July 14th, 1776 The Continental Congress formally adopted the Declaration of Independence. Yippie! Except, slaves were still slaves. Everything the colonists wanted for themselves, they denied to the African's they had stolen and were torturing. Not only were we not considered to be people, but no constitutional rights included us, and until we have a new constitution, I will continue to argue that they still don't. While white colonists were happy to be free from Great Britain, slaves weren't free from their horrors until June 19th, 1865, Juneteenth.

Black people today don't really celebrate the 4th of July as becoming independent from Great Britain. In fact, we aren't really celebrating anything. We are just glad to have a day off and finally enjoy those fireworks...

Most Black people in America see Columbus Day as nothing more than a "banks are closed" day. There's really nothing to celebrate. Columbus didn't discover America, as you can't really discover somewhere people already know about and live, nor was he the first outsider to travel there, as Africans routinely sailed to the Americas to trade gold and other things. The colonizer also thought he was in India, but I guess we can still give him an E for effort.

Columbus' "discovery" also made way for the mass genocide of indigenous tribes, and black people take absolutely zero part in that.

In fact, we'd be down to re-name Columbus Day as "Indigenous Peoples Day," as well as take the day off to BBQ and drink beer.

We can go back to the Red Summer, or WWII and come up with hundreds of instances where Americans were all gung-ho for all but black troops, but we can also go back to just a few days ago...

Emantic Fitzgerald Bradford Jr., an Army veteran was shot and killed in an Alabama mall after police assumed he was a shooter. Not a single "respect our troops"-er came to his defense. In fact, the narrative decided that because he was a black man, he had no business carrying a concealed weapon in an open carry state next to dozens of white men who also had concealed weapons.

Or what about Kenneth Chamberlain Sr., a former marine, who was called a "nigger" by police before they broke down his door, then tased and shot him to death after responding to his faulty "medical alert" bracelet.

My point, too many Americans only have respect for the veterans and active troops when they are white. Plain and simple, why should black America pay tribute to a cohort many are excluded from?

And aside from a very large and "white" military, such as ones like to conquer and colonialize, many Black American's also see the military as an extension of the police.

For many Americans, Thanksgiving is a beloved holiday for spending time with loved ones while eating dried out turkey, arguing politics and thinking of something unique to be thankful for to say during the prayer.

But for some of us, Thanksgiving is a controversial holiday with racist and dark origins. Much like Columbus Day, Thanksgiving is seen as the celebration of the conquering of Indigenous people by colonists.

A lot of Thanksgiving narratives, particularly the ones taught to us in elementary school, paint the biased and watered down picture of the Wampanoag Indians and the Pilgrims "looking pasts their differences" in order to share and enjoy a meal with one another. As children, we are taught that the pilgrims were "thankful" for the Natives' hospitality and so they invited them to enjoy a three-day feast. Of course what this narrative leaves out are the diseases the pilgrims brought to North America. And if that didn't kill enough of the Natives, the rape, mass murder, and Trail of Tears that followed would.

Due to the actions of the colonists, centuries later Indigenous tribes make up about 2% of the U.S population, face racial discrimination, suffer largely from alcoholism and joblessness and still fight the federal and local governments for the land and access to clean water.

Something else left out from this narrative...black people.

Though it is common knowledge that Africans frequently sailed to and from the Americas before Christopher Columbus "discovered it," they have never been any noted in the story of the pilgrims. In fact, Africans aren't noted in "American History" at all before 1619 and the arrival of the first slave ship.

We aren't thankful for the colonization of a place that would later enslave our great-great grandparents, but we do like to eat and have a day off work.

Black people and white people don't have the same history, and it's not divisive or racist to say that, it's the truth. Black people don't typically have a history of trying to mass murder other races in order to steal their land, so not only is it a bit odd to watch other celebrates those "accomplishments," but it is also uneasy for some of us to partake in the festivities in which many of us were victims.