Here's what happened when I spent a week in NYC!
Odyssey

Here's what happened when I spent a week in NYC! 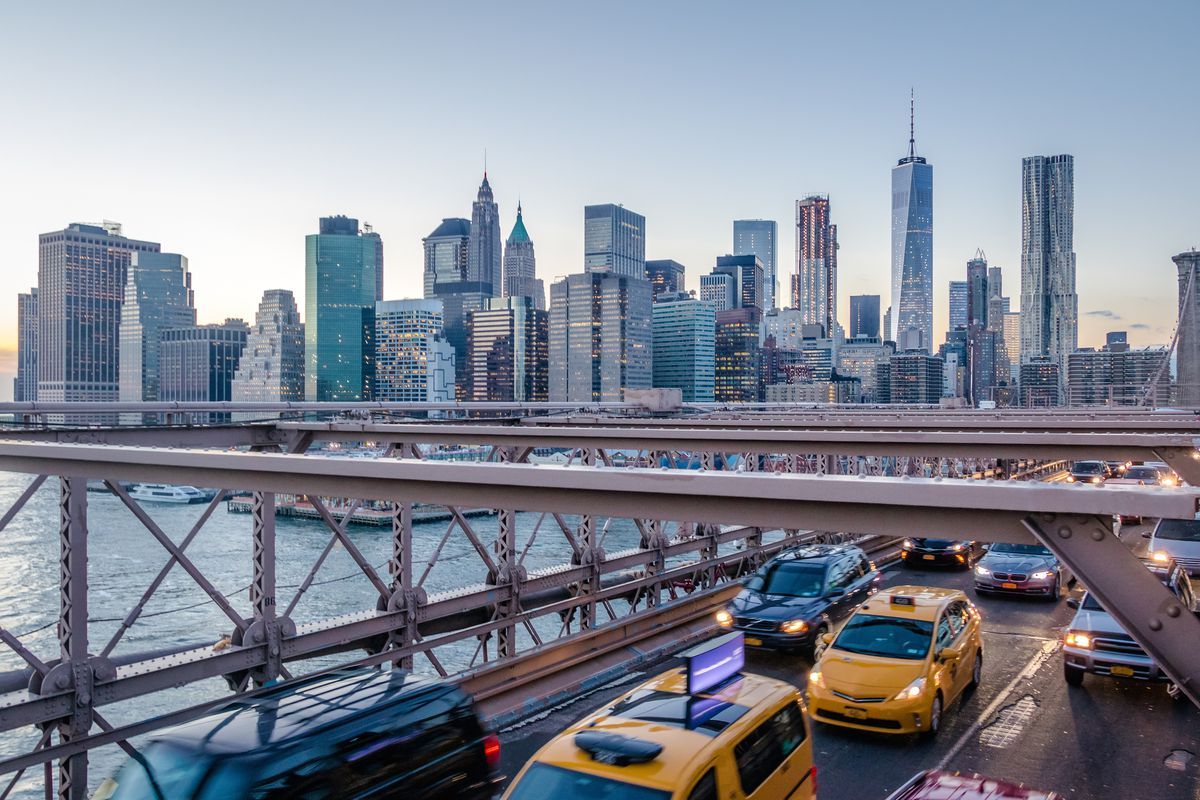 Last week I went to New York City with my Communication in Action class at New York City. It was such an unforgettable experience, so that's why I wanted to share it with you all! So, here's what happened! From start to finish!

Sunday, March 11: Our takeoff day! However, the thing that I was most worried about was sleeping through my alarm. Also early that morning was when the clocks skipped ahead. So, I set my alarm for about two and a half hours before we had to leave. I showered, went to Dunkin, did last minute packing and then headed over to campus to wait for the vans. I was the first one there and I sat down on a cold bench. I had a suitcase, a small black carryon and my purse. A few minutes later more students started to arrive and we were off to the big apple!

Once we got to the hotel, my roommate and I settled in and then decided what we wanted to do. When we tried to turn the light on in the room, it didn't work. After about five minutes, we realized we had to put the room key in a specific slot to turn on the light. After thinking, we ended up going to Trump Tower. Regardless of my thoughts on Trump, the tower was beautiful. We had to get our bags checked and ended up going to the gift shop. I bought Trump body lotion for a family member of mine and a small piece of Trump chocolate, which was like heaven. It was so rich and I never had a better piece of chocolate. After that we ended up going to a nice Italian restaurant not too far from our hotel. Then, we went to M&M world and then just explored the city. We walked by Rockefeller Center and walked right by where the Today show was formed. We ended up going back to our room around ten o'clock and got ready for the real first day of a long week.

Monday, March 12: We went to the WeWork building where we met Utica College alumna David Armon. Armon is the CEO of the Corporate Responsibility board and works with 3BL Media. Another employee also talked about this thing called TalkWalker which is like a social media tracking website. After that, we enjoyed a variety of different subs from Potbelly's for lunch.

After WeWork, we ended up going to WNET and meeting Gloria Deucher who is the director of volunteer resources at WNET New York Public Media. We also got to see the beginning of a brand new documentary that is being made by people at WNET. After that, my roommate and I walked to Trump Tower again. Right before we walked in we noticed a bunch of people standing around, with a bunch of police officers and secret service members. The black car with two flags on the front was right there. We didn't know who it was, but somebody was there. When we got in, we enjoyed some gelato and then went to Planet Hollywood for dinner. After, we explored Times Square!

Tuesday, March 13: We visited G&S Business Communications, where we met CEO and Utica College alumna Luke Lambert. G&S is an agency that deals with marketing, social media use as well as many other things in the business and communications world. Also at G&S we met Emily Bunce who is the Director of Insights and Beth Crisafi who works with Dow Olympics. After, we were treated to a pizza lunch!

We also made a quick stop to Grand Central station, then we departed to Taylor and Francis Group/Routledge Publishing. We met Ross Wagenhofer who is an editor there. Routledge is famous for publishing a lot of books for academic use. After that, we got a tour of the United Nations. That night, my roommate and I also went to Macys and shopped till we dropped. I even managed to get a Michael Kors dress for only 35 dollars! We also had another fabulous Italian meal and went to the Hamilton Store where I bought a T-shirt (40 dollars later).

Wednesday, March 14: We went to Ketchum. Ketchum is one of the biggest PR agencies in the world and guides different companies to help create relations and the reputation they need to succeed. We met Utica College alumna Rob Flaherty who is the chairperson and former CEO. We also met Tanya Dainoski and Marc Phillips who are digital strategists at Ketchum. Then we met Marissa Sturm who works for Sports and Entertainment. Lastly at Ketchum, we met Mackenzie Sawyer and Geraldine Lau who work in Research and Analytics. We were also treated to another great pizza lunch! \

Later on, we went to the Wall Street Journal and met News Editor Yvonne Dennis and Tom McGinty who is a Data Journalist and Pulitzer Prize winner. Both Dennis and McGinty are UC graduates. This stop I related to, because I work for my school's newspaper and asked them questions about sources, trusting and ethics. Our last stop was to NBC studios where we met Dan Arnall who is the executive producer of NBC Weekend Nightly News. We got a sense of broadcasting, saw the Saturday Night Live set and even ran into Lester Holt(who is actually pretty tall if you ask me). Later that night, I met up with one of my best friends that I haven't seen in almost three years! She picked me up from my hotel and then we went to a nice sandwich and salad place for dinner and then went to Starbucks. It felt really good to see her and catch up with her. I had a lot to tell her and it was nice to get that girl talk back.

Thursday, March 15: We visited Glamour Magazine and met Tally Sue Hohlfield, who was the copy chief there. Right when we got to Glamour, I noticed something. Something was not right. I looked down and noticed I was wearing two different shoes! Thank gosh, they were both black and I chose a left and a right, but I couldn't pick a worse day to do that. At least the two people I pointed it out to said they didn't notice it before hand! Anyways, we also got to see the Fashion floor, received magazines and saw how the copy editing process was done. A single article can be edited up to five times!

In the afternoon we took the Subway to the 9/11 Memorial and met with the Museum Director of Communications Michael Frazier. I thought it was interesting what his staff did. There were so many jobs there and it seemed like a pretty relaxed environment! We then got to tour the 9/11 museum(which I did for the second time). At night, my roommate and I had dinner at Juniors and did some last minute shopping around Times Square. We even went to Carlos Bakery!

Friday, March 16: For our final day in NYC, we visited Weber Shandwick-Public Relations-Consumer Marketing. We met with Utica College alumna Doree Gurdak as well as a lot of other staff members. We learned about protecting reputation, strategies, business context, traveling, research and enjoyed a fabulous lunch! This business really stood out to me in a positive way. I never thought about a company dealing with crisis's and protecting reputations for their clients.

That afternoon, we also visited the New York Power Authority in White Plains where we met another UC alumna Susan Craig. We also received goodie bags that included information about job opportunities, contact information, information about power and even a car charger!

After going to so many different places, I received more of a sense of the jobs that were out there. Getting out of the classroom and getting a real word experience was unforgettable. I enjoyed going to all of the locations and thanks to this trip, the door of opportunity is now opened wider.

Be sure to check out a follow up article coming soon, complete with pictures and my personal opinion about every business!