Hardening Schools Is Not The Answer To Stopping School Shootings
Odyssey
CurrentlySwoonLifestyleHealth & WellnessStudent LifeContent InspirationEntertainmentPolitics and ActivismSportsAdulting
About usAdvertiseTermsPrivacyDMCAContact us
® 2023 ODYSSEY
Welcome back
Sign in to comment to your favorite stories, participate in your community and interact with your friends
or
LOG IN WITH FACEBOOK
No account? Create one
Start writing a post
Politics

Hardening Schools Is Not The Answer To Stopping School Shootings

Hardening schools is an expensive roundabout "solution" to a problem that needs to be solved with gun control. 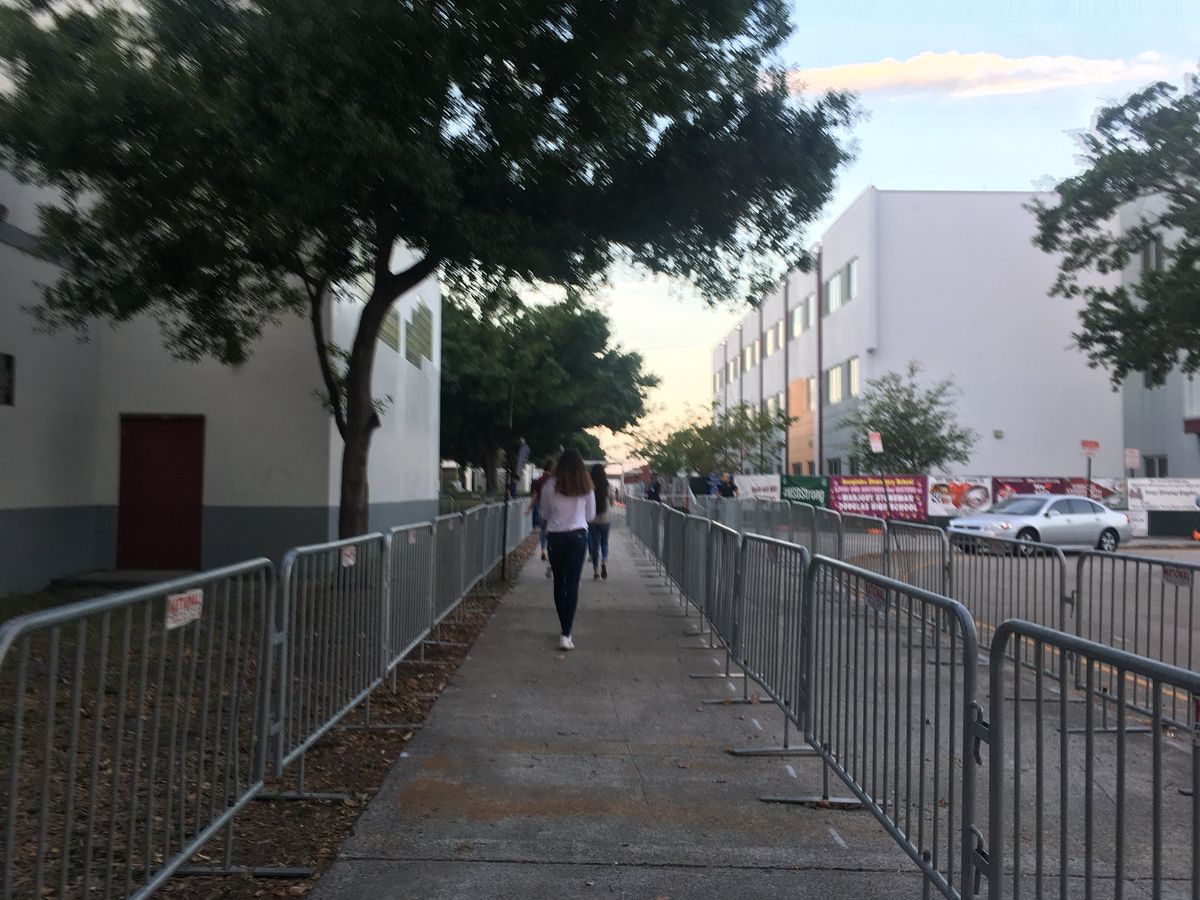 After the February 14th shooting at Marjory Stoneman Douglas High School in Parkland, Florida, the national debate about gun control and how to prevent increasingly prevalent mass shootings started up again and the usual talking points arose. Two main sides formed with one group calling for gun reform and the other calling for increased mental health. Often seen as mutually exclusive, the solution is actually both but these main topics aren't what I'm going to talk about today. Everything to be said about both has been said and what I want to focus on now is a narrow group of people who are neither for or against either of the two major groups but instead focus on the issue of "school safety."

The idea behind this "school safety" mindset is that gun regulation probably won't pass so what we need to do add more security to our schools in order to prevent school shootings, like the one that happened in parkland, from happening again. And while some common sense school security measures need to be put in place, what has been proposed and what has been implemented at Stoneman Douglas has gone way too far.

Recently the school got back into the news cycle for requiring all students wear clear backpacks, provided free of charge, in order to prevent kids from bringing weapons into school. The bags received much backlash from students and I totally understand why. Requiring them to wear clear backpacks does nothing but invade their privacy and provide an illusion of security that does nothing to stop the real problem. A clear backpack would not have stopped Nicholas Cruz carrying out the Parkland massacre and does nothing to protect them from similar attacks in the future. Let's just call it what it is, a move by politicians to make it look like they are making schools safer when in actually it doesn't make anyone secure, makes students feel more vulnerable and misuses taxpayer money to do this. The thousands of dollars wasted on backpacks could have been spent on school supplies and materials students actually need and help replace materials that were lost.

Stoneman Douglas has also set up barricades around campus and set up security checkpoints, which only harasses students and teachers and makes them feel like cattle instead of regular people. All students and teachers want after all of this is some sense of normalcy and routine but this makes them feel the exact opposite and only heightens their anxiety. Security checkpoints and barricades won't do anything to stop a shooter, they aren't going to follow the rules if their intent is to kill people. They will circumvent the checkpoints and hop over barricades in order to accomplish their twisted objective.

Stripping kids of their privacy and turning schools into prisons is not how the issue of schools shootings is solved. Hardening schools with disproportionately negatively affect minority students whom studies have shown are at far greater risk of mistreatment and harassment by the police than white students. Metal detectors won't do anything besides hassle students and staff and maybe catch the occasional Juul. This ramping up of security does nothing to actually protect the students, it just looks like it does.

The only real way to solve this issue and other types of gun violence throughout this country is common sense gun reform in order to make sure people who want to cause harm do not have access to weapons which can greatly enhance their ability to do so. Regulation is needed and any other "solution" is only a patch to part of the problem. We need to prevent this from happening everywhere in America, whether it is a school or not.