Children Should Never Be Exploited To Get Ahead Politically, So Why Are We Praising Greta Thunberg?

Children are allowed to have opinions, but they should never be the pawns of those in power. 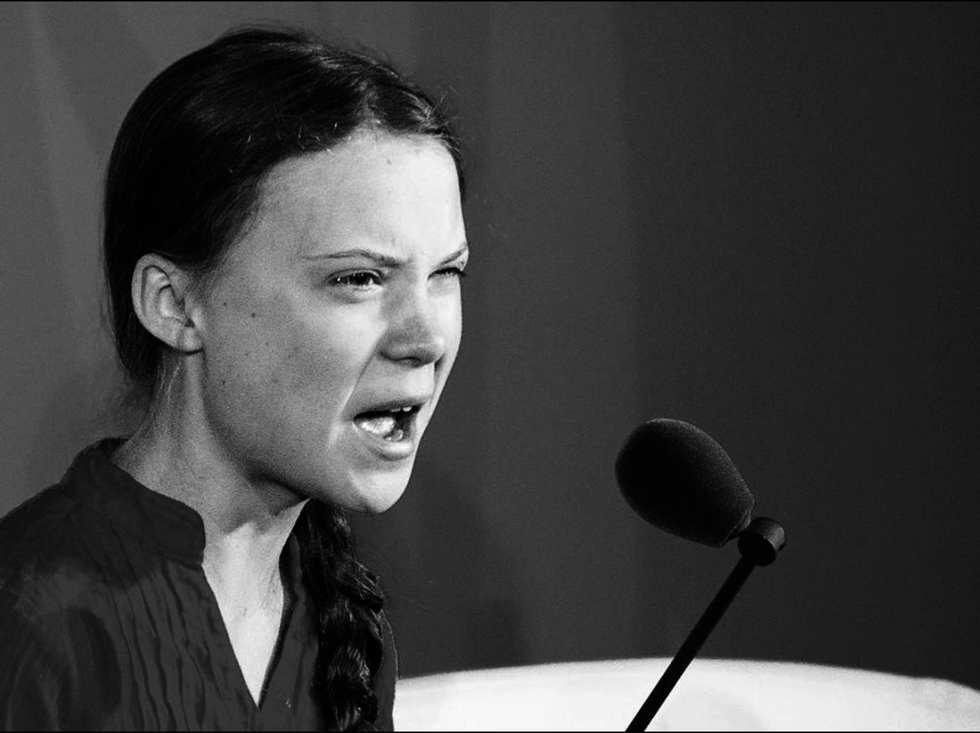 Earlier this week, all eyes were on Greta Thunberg, a 16-year-old student and activist from Sweden, as she spoke at the General Assembly at the Climate Action Summit at the United Nations. She stunned the world with her passion and insistence that the young people of the world are watching the older generation, waiting to see what they'll do next about climate change and the environment.

Suddenly, everybody is talking about climate change and Thunberg became a social media superstar overnight. The world was wowed by this young girl who is striking school to lead an activist movement against global warming.

The political left is especially obsessed with this girl because she is pushing every issue they themselves are pushing. She's become a powerhouse for climate change, and the left cannot stop praising her and putting her in the spotlight.

This is not the first time the left has done something like this.

Following the Majory Stoneman-Douglas High School shooting in 2018, multiple students from the school, such as Emma Gonzalez and David Hogg, were suddenly thrust into the spotlight after they came together to bring about new gun control policies in the U.S. They were asked to speak at several national rallies and on the news. People admired and looked up to these students, and they were hailed as heroes because of their activism.

However, after they had gained national attention and had become quite famous in the public eye, they seemed to disappear off the map.

It is inspiring to see young people take action in the political arena. This is the world they're going to inherit, after all, so they should absolutely do their best to make the world what they believe to be a better place.

The problem arises, however, when political parties use them as pawns for their own agendas.

Lately, it seems as though whenever a student takes action on an issue they care about, the left tries to, essentially, "snatch them up" and use them to push their political agenda. Children are popular in advertisements because people are naturally drawn to them. They listen more to children because of the "adorable" factor, and people tend to care to listen to what they have to say more than adults.

However, this is no reason for any political party to use a child as a pawn to push an agenda.

Michael J. Knowles tweeted earlier that the media would have bashed conservatives if there were a child on the news telling everyone about why immigration reform is necessary. Anyone would be well within their rights to do so. It's unfair to thrust children into an environment where they are subject to criticism and a political spotlight that would be overwhelming for any adult, let alone a student.

Children should be encouraged to have their own opinions on political issues, but there is a line that needs to be established. This can lead to exploitation and unfair exposure of the children. They deserve to live normal lives and to not be put on a pedestal for someone else's gain. They're only young once and deserve to live as such.