Gnash Deserves More Than Your Drunk Crying To I Love U, I Hate U

If we feel together, then we'll feel better 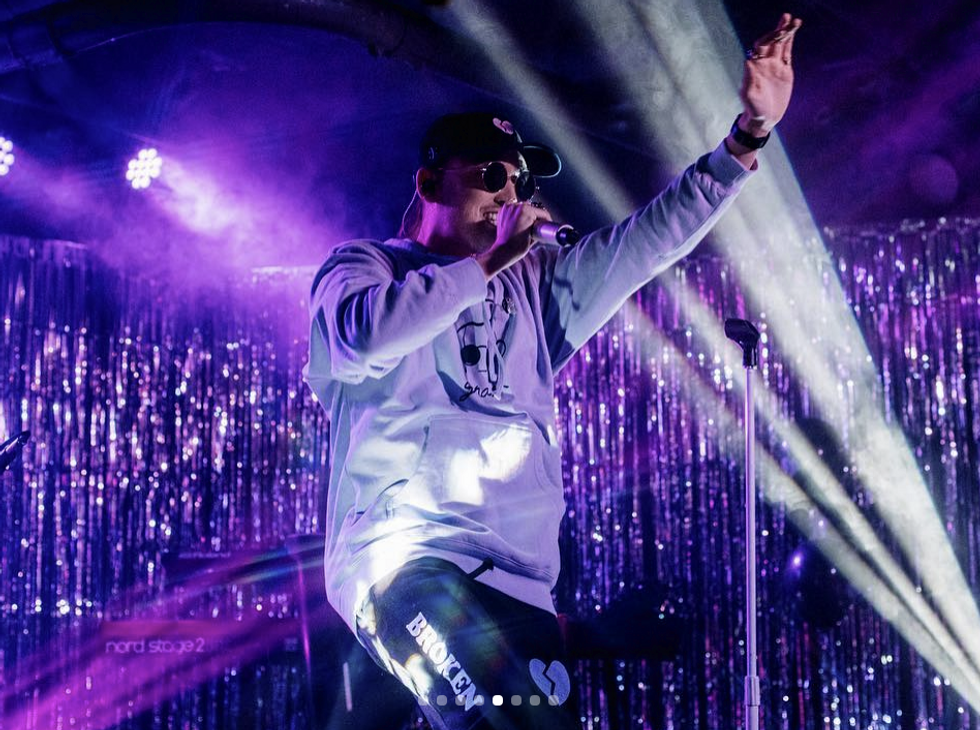 Over the summer I ended summer break with one last bang. I had a really rough summer, I had knee surgery (and split my knee open and had to go back in the OR a week later,) and I had my wisdom teeth out all in the same month. Recovery was brutal and I'm a horrible patient in and out of physical therapy. Yet I ended one of the hardest (emotionally) summers I've ever had on a good note. A good note I never thought would ever happen.

When I heard that Gnash was opening for Dashboard Confessional and All Time Low I knew I had to go. One, I love Dashboard Confessional and All Time Low since middle school, but two, Gnash is one of my favorite artists and he was on my "list" to see live. When I told my mom that Gnash was coming to Maine we both said, "I have to go."

Gnash is one of those artists that you've heard that one song by, it was a hit on the radio, yet you never checked out his other music which is a mistake. You're missing out on some amazing songs and lyrics that can get you through your darkest days. You all probably know the name Gnash from his song called i hate you, i love you ft. Olivia O'Brien. I know that to be true because that was the only song that people knew at the concert. I was one of the few who knew every word to every song he played after that, and I felt so good. Like, I gotchu Gnash.

Gnash is extremely underrated. I've cried to Gnash, I've laughed while singing Gnash in the car with my mom. I've drunkenly rapped along to Gnash alone in my room and blasted him with the windows down. Call me a big fan? You're right. Yeah, a lot of Gnash's songs are sad—you're not wrong there. Yet they're so beautiful. His lyrics anyone and everyone can relate to. His song 'Dear Insecurity' has really been getting me through these hard past couple of months. The minute he played it live I had tears in my eyes because I felt like someone finally understood me. It's like he put the words I couldn't form and put them on paper, and added some pretty chords to it, too.

'Your scars to your beautiful birthmarks, the truth is. We're one in the same, so play the cards that you're dealt. Nobody likes you more than when you're being yourself.'

His Instagram brightens my day. He tells his fans that they're beautiful and that they're strong and enough. He tells them to be kind to themselves and to have a good day. He's someone everyone needs in their lives.

He is constantly uplifting others during his own struggles.

Seeing him live put a pep in my step, honestly, it was an eye-opening experience for me, a religious experience some would call it. I had the time of my life, with the love of my life, and I was surrounded by kindness and good vibes. Everything I needed and didn't know I needed at the moment.

People are preaching hate, and he is preaching love and self-love.

He's the kind of musician that my boyfriend said he sounded better live than the songs he heard on Spotify. It wasn't an insult if anything it was a compliment. Most musicians and band's sound horrible live and sound nothing like they're recorded music. Yet Gnash jumps around and has the time of his life while on stage. The environment is completely different between a live show and a recording studio.

Gnash's first full-length album dropped 3 weeks ago. Give it a listen, it'll make you feel better.

gnash
Report this Content
This article has not been reviewed by Odyssey HQ and solely reflects the ideas and opinions of the creator.