On Futility, Desire, and Waiting for a Nintendo at 7:30 on a Friday
Odyssey

On Futility, Desire, and Waiting for a Nintendo at 7:30 on a Friday

I try to justify to readers, and to myself, why I got up early to wait for a toy this week of all weeks. 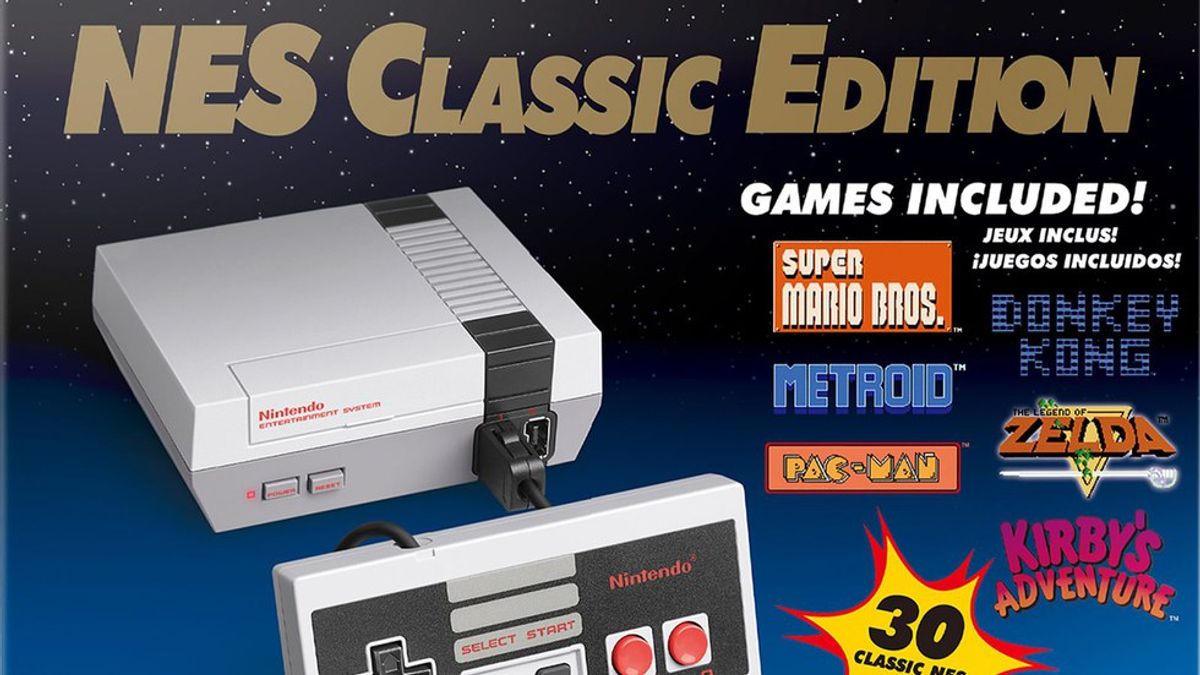 DISCLAIMER: I understand this isn’t the topic at hand this week, and I realize that this isn’t actually important in the grand scheme of things given the political climate of the last week. However, I do not believe that my voice is valuable in this situation, and I don’t believe my opinions will either line up with this site or be well-founded enough to matter to a reader-base. I have struggled with a lot of what I have done for myself this week feeling either futile or guilt-stricken, which I assume is understandable following the first presidential election I’ve ever voted in. Something feels different about this year compared to 2014, though, and it’s caused me to feel like a good number of my actions border on futility.

It was sort of fitting that at 7:30 in the morning on Friday I waited in line at Target, as a 21 year old man, for a Nintendo. I did not try to explain this to anyone else or let anyone know that I was doing this, because to tell the truth, I felt a little ashamed that I wanted one. For one, I feel like I should be too old for it. I guess it’s such an obvious play to my nostalgia for older games (a nostalgia that isn’t even really my own as a child born in 1995). Yet, still, I honestly wanted one, and no amount

That feeling was lowered when I was there in a line of about fifteen others. It makes me feel better to know that I wasn’t the only person who intended to buy one of these, and didn’t. The Target in my city received two of them from Nintendo. Target was the only place I had checked.

Actually, that’s wrong. I went to Wal-Mart after work and checked for them at 3 AM but they didn’t have any at that point. I can’t assume that they got too many, either.

I don’t know why Nintendo ended up with so few consoles available. My first assumption is to give them the benefit of the doubt and think they didn’t have the parts to meet a surprising amount of demand, and my second assumption is that they wanted the publicity that came from so much demand with so little supply, which will eventually lead to increased demand when they make more of them down the line. The only thing I know is that I do not have one, and thirteen of the fifteen people in line with me at Target also do not. This is unfortunate, but I think it speaks volumes of what makes this release so intriguing to me.

This is Nintendo’s only major release this holiday season, and they didn’t have enough to meet demand. The Wii U, while less expensive than it used to be, is in its lame duck period before the Switch comes out next spring, and also doesn’t seem to have many games coming out for it.

Nintendo has claimed that more consoles will be coming in the near future. I don’t know if I’ll be willing to wait in front of another Target for another loose hope at getting one of these, but if I know myself enough, I will. I will do the same thing for the Switch in March, because I have a weird love of the idea of waiting in line for a game console with so many other people, hunting through difficulty for a consumer good like this. I don’t know many other industries that have phenomenons like this anymore, outside of basketball sneaker sales and midnight movie launches.

I liked how Target did this, as well. It was a first-come-first-serve scenario, with no fanfare or information coming from the store beforehand. We all waited at the door with almost no information, really only knowing that Nintendo would theoretically be sending consoles to this particular Target. Other than that, we were back in the dark ages, nothing to go off of but hope and hearsay that we would go home with what we wanted. This is so rare in an era of instant knowledge, where I can look up almost anything I want from anywhere I am. It’s kind of nice to be left in the dark for a change every once in a while.

So, I will go back and search in the coming months for this console. I might not get it, and I’m fully aware of that, as I’m sure my friends who hunted for Amiibo in 2015 were, or my father who had to visit a Circuit City at 6 in the morning on a Sunday in November of 2006 was. But I hope it’s worth it when I do.

Glorie Martinez
310
Why I Write On Odyssey