The views were worth it. The food? Not so much. 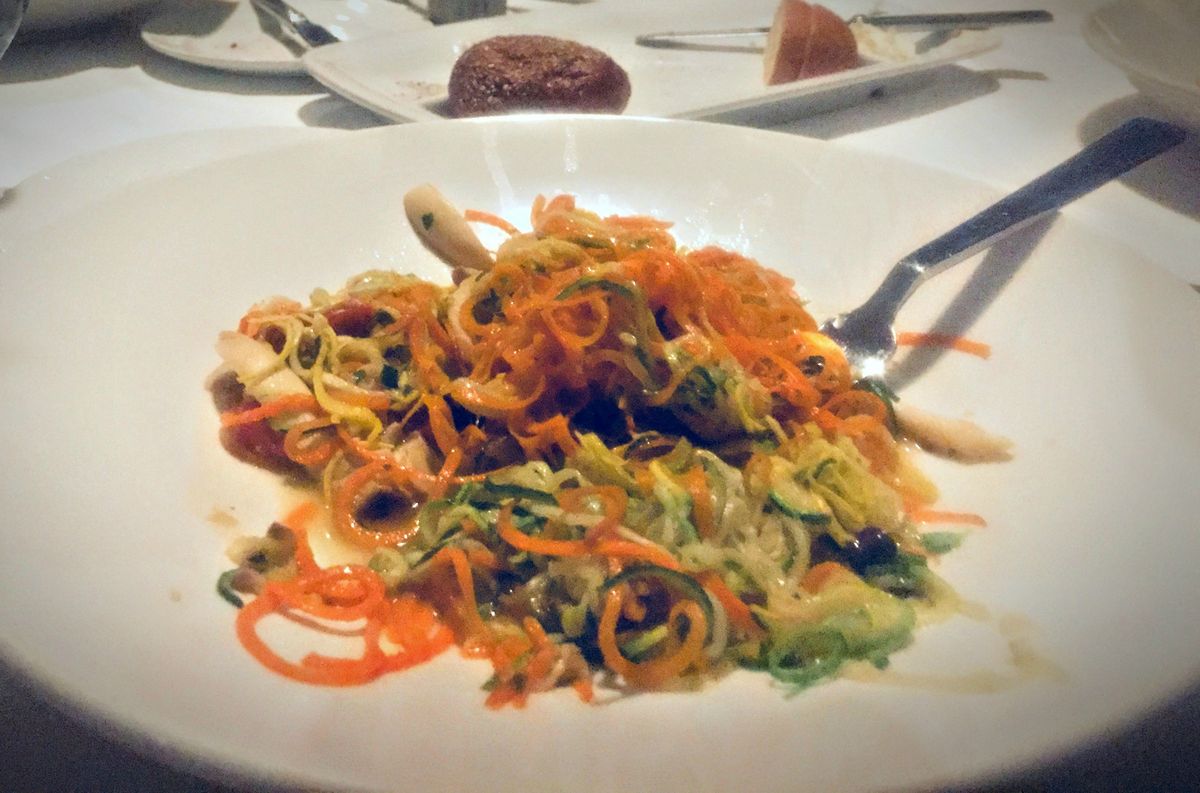 Last Friday, my family and I went out to downtown Atlanta to eat what we thought would be a delicious celebratory dinner to commemorate my mother's birthday. Entering the Sun Dial Restaurant, we were in awe. Coming from the suburbs, the city lights and busy way of life excited everyone, especially me, an ardent city-lover. But the most distinctive feature about the restaurant we were attending was its ability to spin while you ate, giving you a 360 degree view of downtown Atlanta.

Sadly, the feature was unavailable because of an unfortunate accident that occurred in April of last year when a 5-year old boy got stuck and ended up passing away from his injuries. The restaurant's trademark spin has been shut down for almost a year now.

Even though we weren't able to enjoy the wonderful 360 view, we were still able relish in the open windows of the area we were sitting in, admiring Atlanta's emblems like the new Mercedes Benz Stadium, the SkyView Atlanta Ferris Wheel and Coca-Cola Factory. The views were more than worth it.

The food on the other hand? Not so much. Coming from a family vegetarians, I solely give my reviews on the vegetarian platters the Sun Dial offered for their dinner menu. Simply put, it was disgusting. The appetizer menu had two vegetarian dishes, a sweet potato soup and a salad. The main menu was a joke. Only one vegetarian dish that went by the name "Vegetable Pasta." We all ordered the same thing.

The menu also has the name of the dish in quotation marks (literally written out as "Vegetable Pasta"), which caught my eye. As a perceptive and observant grammar Nazi (mainly due to my part-time work as an editor), I muttered the question to my sister who was gawking at the tall buildings that consumed our view of the city.

"Why did they put the name in quotation marks?"

A shrug was thrown my way. I thought maybe I was overthinking it, and so we waited. We were served a platter of bread and butter (probably the best thing we ate all night) as we took in the city lights and horrendous Atlanta traffic that looked so beautiful from a distance.

Finally, after 20 minutes, our dishes arrived. When I saw it, I didn't know whether to laugh or cry. It was vegetable pasta alright. Vegetables literally skinned into the shape of spaghetti pasta. The juices of the vegetables swirled into an ghastly pale color at the bottom of the plate. We glanced at each other and took small, careful bites of the unsightly dish that sat in front of us. It tasted the same way it looked.

Jokes were thrown around for the rest of the night.

"Is the reason you ordered another beer was so you could convince yourself into finishing the dish?"

All jokes aside though, the question remained: is this what people really thought of vegetarians? That we were hermits who hunted for carrots and zucchini? Having personal experience of being vegetarian for about five years now, I think I have the background to say: vegetarians can eat more than just vegetables. For example, we can eat pasta, we can eat pizza, we can eat burgers; anything that does not have animal in it (excluding dairy products — that's a vegan thing).

SEE ALSO: 17 Questions That Make Vegetarians Want To Shove Broccoli In Our Ears

Sun Dial, please improve your menu for vegetarians.There are a variety of dishes you could add or substitute in place of just skinned vegetables. If you think vegetarianism is a diet, you're wrong. It's a lifestyle, meaning we choose to live a life without eating meat for our own reasons, whether it be religion, health or just guilt for having to kill innocent creatures. But every time I hear the phrase, "Oh, so you just eat salads?" or "Are you sure you want to stay vegetarian forever?" it makes my blood boil.

It's an insult because that person has clearly not put in the time to understand who a vegetarian is. Do a little research, learn a little and maybe (just maybe) you'll realize that vegetarians are like other people — we like ice cream, fries and pizza. Sure, we'll eat a salad once in a while, but that's not what we live off of.

It's almost like asking: "Is all you eat chicken and beef? No vegetables or fruits, right? But I thought all you ate was meat?"