5 Reasons Why It Is Truly Amazing To Be A Woman
Odyssey
CurrentlySwoonLifestyleHealth & WellnessStudent LifeContent InspirationEntertainmentPolitics and ActivismSportsAdulting
About usAdvertiseTermsPrivacyDMCAContact us
® 2023 ODYSSEY
Welcome back
Sign in to comment to your favorite stories, participate in your community and interact with your friends
or
LOG IN WITH FACEBOOK
No account? Create one
Start writing a post
Politics

5 Reasons Why It Is Truly Amazing To Be A Woman

I managed to narrow it down, just like Washington on women's rights. 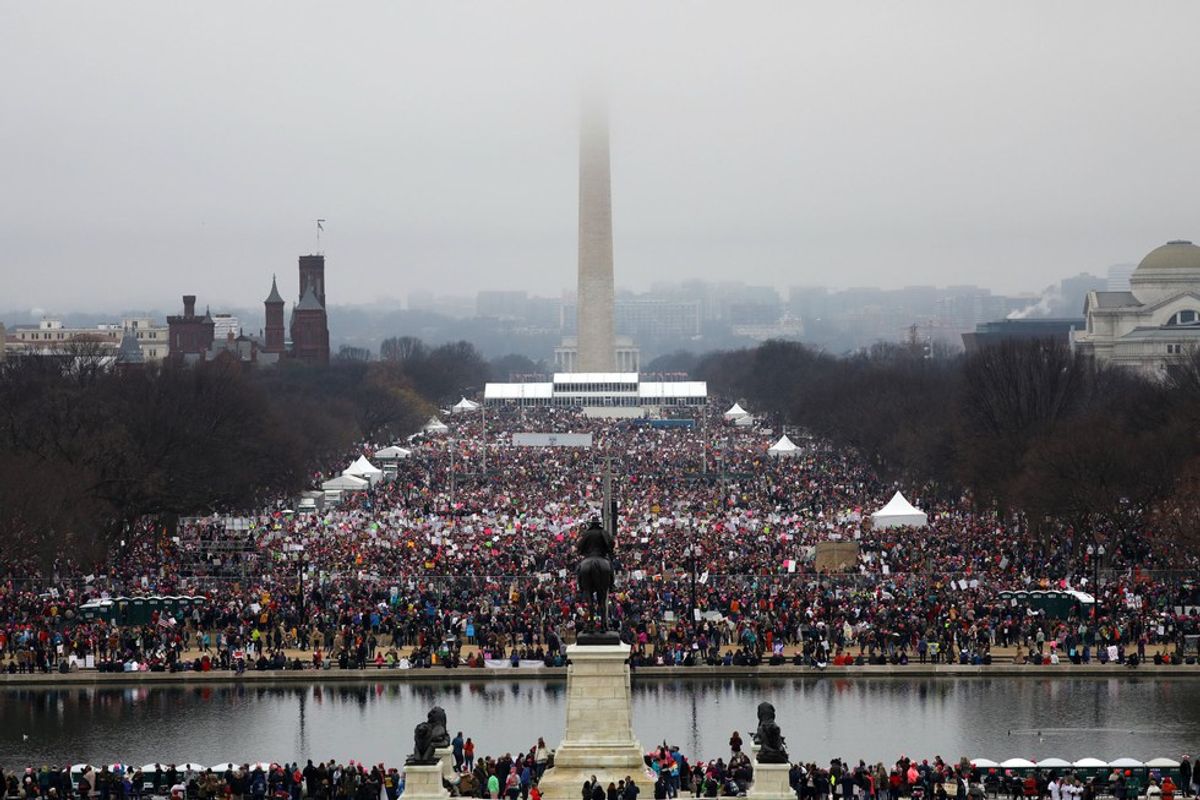 I have compiled a list, which, word on the street is larger than the turn out of the actual inauguration. This is a list of the most basic reasons why is a great day to be a woman.

Shoot, We have had men and at times, even other women telling us how to dress, to feel, to cook, to raise our babies, yet we still come back fighting strong. Women have a strong sense of purpose when it comes to making their way around a bad situation and seeing the light.

Throughout the years, we have moved countries, explored oceans, and fought wars socially or otherwise. Despite having moments of tears and solitude, we are always able to jump from one side of the ledge to the other to get to where we know our end goal will be.

This means that even though anyone tries to kick us down or knock us off the mountain, we will still reach out and try to see the good. I know many times women will feel hurt and act out, but as quickly as it comes, it goes. We are united, back together, admitting our faults and apologizing for our mistakes. We continue to love despite being hurt and it is truly a remarkable feat.

4. We are natural born cheerleaders

We will always see the good in anything that you try to do, even if we know that you have no business doing it. (Really, you wanna take up rock climbing and you have never even set foot in a national park? you saw it on tv and it seems cool. Okay, well let's go to The North Face and get you a tent.) We are down for the ride and when it comes down to it, we will always try to build each other up.

See, the beautiful thing about women is that we do not have to be the lone wolf. And actually, in most cases, we prefer not to be. We like to move in groups because there is a sense of safety in numbers, as well as a splash of power. Don't see a light at the end of that extremely long tunnel? I can so relate to that! We will help you achieve your goal because we know what it's like to be at the bottom of the barrel.

In case you have been living under a lack of social media rock (more power to you, by the way.) You are more than aware of the day old inauguration of our 45th President, Donald Trump. And in case that rock also had a staircase leading into a bunker in the floor, you are also well aware of certain policies that he is wanting to either cut back on or get rid of completely.

And per usual, it involves women and their rights, you know, as humans.

Saturday was a day for the books. Millions and millions of women from all around the world united and marched peacefully for their voices to be heard. (A little factoid for you: there are actual countries where women outnumber the men folk.)
And what a glorious day it was. Numerous friends of mine actually got into the thick of the events, ranging from my very own editor Lisa Thompson in Chicago. Get it girls.

All the way to Los Angeles where another friend of mine, Colleen and her boyfriend got a chance to sing Hallelujah with 500,000 other people in the streets.

@donaldlikethebarjas and I came to the Women's March and ended up singing Hallelujah with 500,000 strangers that felt like friends.
A video posted by Colleen Allison (@cols2thewall) on Jan 21, 2017 at 2:47pm PST

Although, I was very bummed that I didn't get to go down to the streets of Detroit to celebrate in this historic event, I still felt a huge connection to my fellow ladies as they said their peace...while doing it peacefully.

So, as we begin to push that giant rock off of the top of your head, here are a couple articles citing what Trump may have planned up his sleeve for the future of women in The United States.


And that's just the surface of the wave of hate flowing for us women folk.

Okay, so he wants to cut us back down into a small box as if we were right smack dab in the middle of the 1920s. But I think he forgets that us women, well, we are a resilient bunch. We will continue to fight for our rights on this Earth because it is just as much a man's as it is ours. They may donate to life, but we form it within our bodies. We give life and plot twist, we breathe the exact same air. We work in offices, hospitals, and are even in the military. We climb mountains and surf the oceans. We are not just as capable, we are more than capable.

We are here and we aren't going anywhere.