5 Reasons Why The Press is Dying

Media is adapting, but is it happening fast enough? 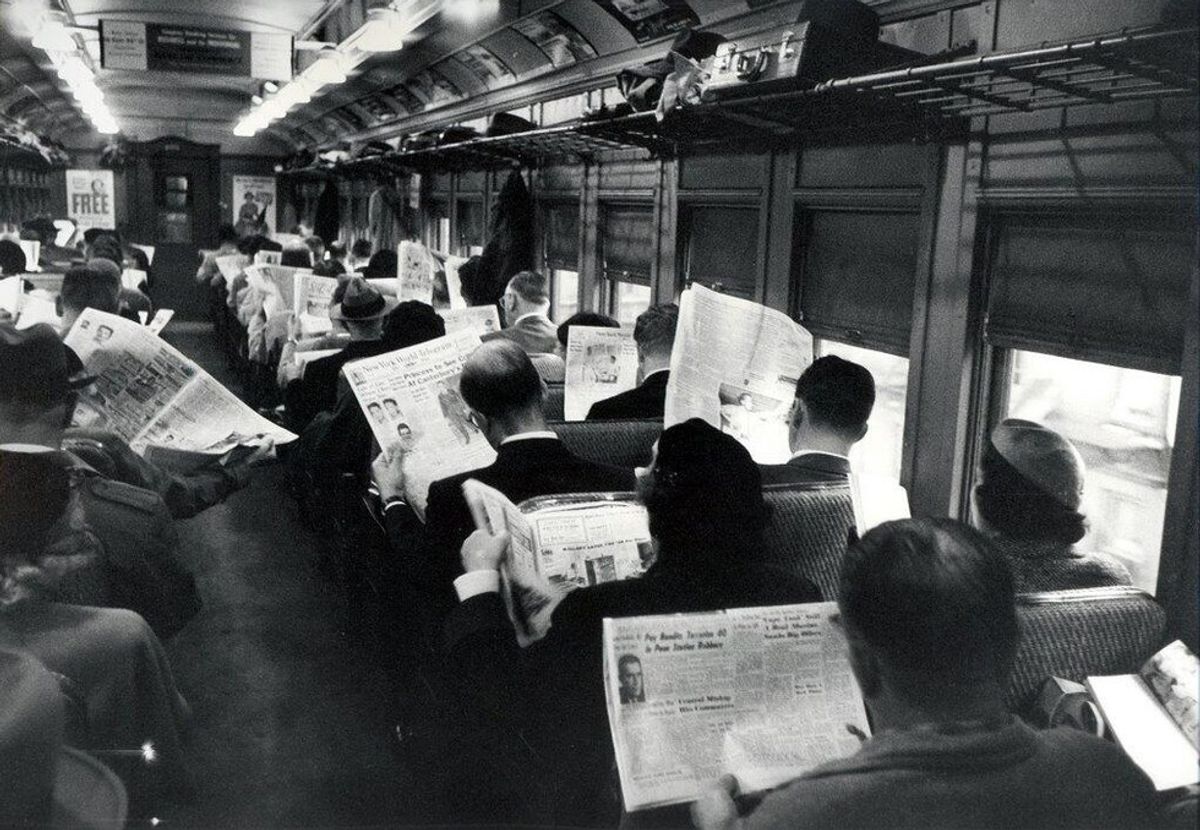 Long before any of us were born, civilizations conveyed a variety of information by telling stories to wayward travelers. From these stories they would reach new ears and as time progressed, innovators from across the globe discovered a method of printing and changed the system of communicating information. Through multiple patents, the printing press became a symbol of speech. One could argue that it was the single greatest innovation that mankind had ever created; alongside methods of generating electricity, developing forms of transportation, and even decoding the Human Genome.

However, in today's society there is a sense of decline in the influence of the press. The Digital Age has given the Human Race the ability to convey ideas, ideologies, and information not from a simple newspaper sold by the New York Times. Instead, the Developed and Developing World have the power to access a digital information hub, where an idea can be conveyed from New York City, NY to Sydney, Australia in a matter of seconds. With this form of transmitting information, I present: Ten Reasons That the Press is Dying.

5. The Digital Age has Opened up Connections like Nothing Before or Since:

With the innovation of the Internet, a person can convey an idea to another person, or a broader range of people thousands of miles away. It is with this technology that the idea of wasting multitudes of paper in printing is becoming a cumbersome burden on the press. With the idea of having to ship an unknown, but varying amount of papers to multiple destinations being compared to simply posting to a website, many people would choose the latter. If it's cheap, companies will attempt to do it. This is a true that holds strong, regardless of the times. In addition to this, many noteworthy newspapers have begun a conversion of their articles to the web for viewing. These include the New York Times, Baltimore Sun, Chicago Tribune, LA Times, etc.

4. The Cost of Paper is Rising:

Back in 2014, the price of paper was on the rise of somewhere in the neighborhood of 2.1% increase. As of today however, that number has dropped to 1.4%. As of Dec. 5th, 2016 the market cap for the paper industry is at $175.27 billion with about 258 companies providing the goods and services required to meet the various usage of paper. This includes textbooks, notebook paper, and yes, newspapers. Not to mention the growing need for these materials, as Developing Nations will no doubt wish to advance themselves. This will in turn increase the amount of resources used to create these varying forms of paper.

3, Many Newspapers Don't Print Their Papers:

This is related to the prior reason, in that the cost for creating said newspapers are too much for the business. In the case of many smaller newspapers, many of them simply don't have the money to continue to print. Despite the noteworthy amount of fame that the New York Times, Chicago Tribune, or even the LA Times have amassed, the same standard doesn't apply. Many towns simply cannot sustain a printing press to create their own newspapers. This is due in part to many of them being from collapsing towns that are near little-to no centers of industry and possess no noteworthy forms of tourism. In short, it's towns that are in the middle of nowhere, whose citizens cannot really keep the press alive.

It's no real secret that many people now rely on their smartphones for day to day updates on what's going one. This includes the political battlegrounds, affairs, domestic affairs, natural disasters, environmental disasters, etc. All of these varying topics can be covered with a wider range of people. Decades ago, newspapers would send correspondents to wars, this was typical for the United States. Perhaps no one war photographer was more famous than Ernie Pyle, who photographed the gruesome events of not only the European Theater, but also the Pacific. Today, that conception of sending someone there is long retired with only a few newspapers sending correspondents to war.

1. The New Generation is Used to the Technology:

It's no secret that the Modern Era is unique, in that the current generation was born with access to this technology. Yet years ago, our parents and grandparents all had never heard of this technology. Nor had they seen anything like it, unless they were part of the United States Military. Many of our family have grown attached to the idea of having their news be conveyed via the radio, television or especially the newspaper. However, it's with this new generation that the prior conceptions are replaced with that of the Digital Age. With access to a variety of information in the palm of your hand, why would you need to access a newspaper? Plus, when the elder members of our families perish, there goes the people who utilized the old methods the most.

With all of this in mind, I want all of those reading this that there are exceptions to this. The first is that the press won't fully die, rather it will evolve to accommodate to the younger generations. This is very similar to the introduction of the digital camera and its effect on the tradition usage of film. There will still be people who enjoy their newspapers and being able to hold the information in their hands, as opposed to simply staring at a screen. However, for the majority of people on the Earth, it will become a relic of the past. That being said, the press will never truly die, rather, it will adapt similar to many forms of technology that we have created.

QueenRadhi
The State University of New York at Stony Brook
3543