Because empowered women empower women (and others) 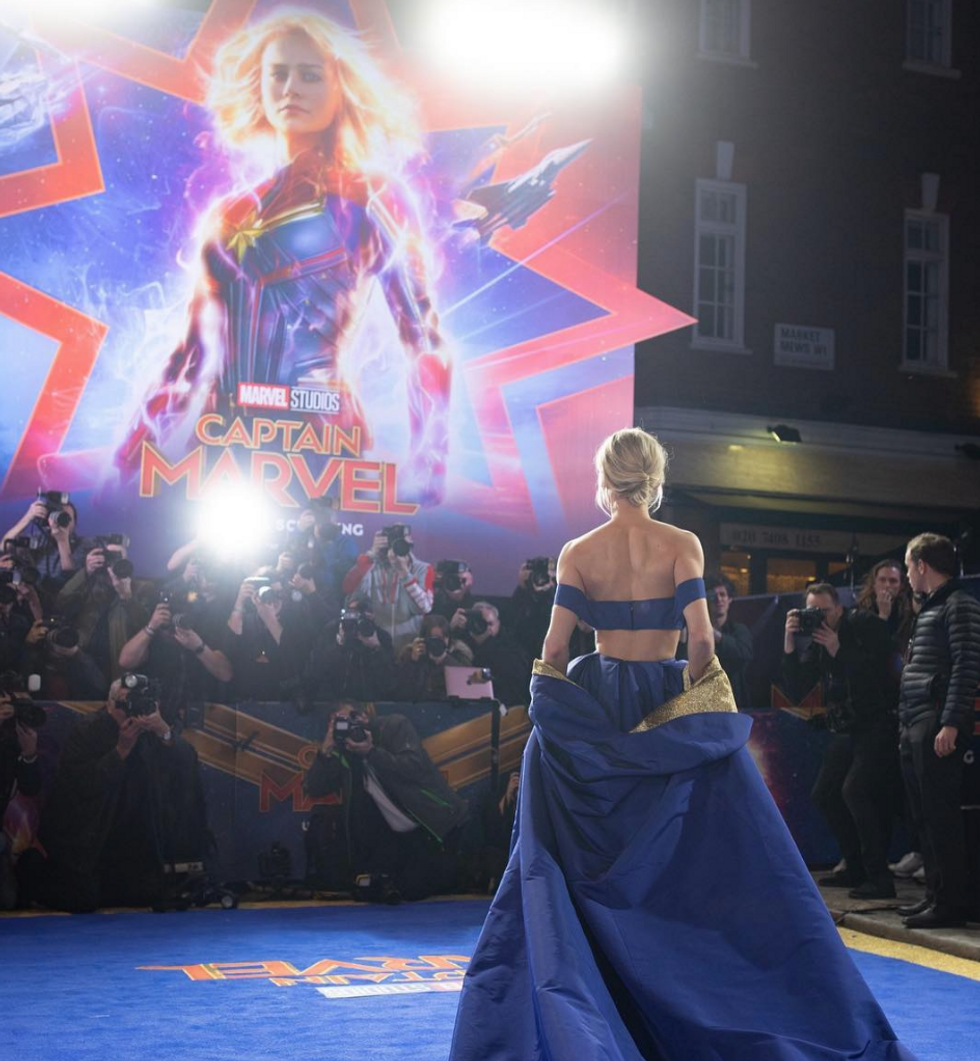 If you didn't go time to go see 'Captain Marvel' on its opening weekend (and on International Women's Day nonetheless), you better make time to go this week because this is more than another superhero movie. Whatever brought you to the theater when Captain America and the Winter Soldier were duking it out or when Ant-Man stole some high-tech shrinking suit should bring you out to watch Captain Marvel kick some cosmic ass.

But 'Captain Marvel' is far more than another superhero movie. As you may have heard, this is the MCU's (Marvel Cinematic Universe for all you newbies) first female-led superhero film. And, in my own completely unbiased opinion, the film lived up to the hype.

First, let's just talk about how the MCU has been dominating movie theaters international for over a decade, and we are just now getting our first female-led film. Come on, Marvel. Do better. There are so many badass women in the comic universe — like Jean Grey, Wasp and Black Widow to name a few — so why are we just now seeing their stories? In all seriousness, the cinematic universe has introduced audiences around the globe to a host of strong, empowered women and it's a shame that it's taken so long to see them on the big screen.

Carol Danvers is the newest addition to this legion of ass-kicking women, and boy, does she have a story to tell. Carol Danvers is, as she puts it in the trailer, Kree, a race of noble warrior heroes. She is a member of Starforce, training to protect the Kree Empire's capital planet Hala from the evil Skrulls. The entire film centers around her search for identity, after recurring nightmares of her long-forgotten past continue to haunt her. The search for identity, while not a new plot line in superhero film, is refreshing because it's so relatable. We're all looking for ourselves in our past and with our present: Carol Danvers is no different. She just shoots photon beams out of her fists.

On top of being the first female-led hero movie from the MCU, 'Captain Marvel' offers an uplifting message of female empowerment. One of the most impactful moments of the film is during the final battle, in the desert with Jude Law's Yon-Rogg, during the falling action when he throws down his weapons and taunts Brie Larson's Carol Danvers to come at him one-on-one, without her photon beams.

This parallels the opening scene, where Danvers and Yon-Rogg are sparring and he tells her that until she can keep her emotions in check and overpower him without weapons, she will not be a great warrior. In the final fight, Danvers refuses to give in to this line of taunting, instead choosing to blast him with a photon beam. As she stands over a defeated Yon-Rogg, he tries one last time to best her, to use her emotions against her. Yon-Rogg tells her to prove to him that she can beat him without her powers. To this, Danvers simply replies "I have nothing to prove to you."

So often, women are called emotional, as a means of using the willingness to show emotion against them, to call then weak. Here, Danvers proves that our emotions make us strong. That, coupled with the montage of Danvers at all stages of her life getting knocked down, standing back up and facing whatever knocked her down with a newfound resolve, staring it down with the "come-and-get-me" look we all know so well.

With all the female empowerment going on, it might be easy to overlook the other messages in the movie on the first go-around (which is one of the many reasons why you should DEFINITELY go again). We spend the first half of the movie cheering when Captain Marvel punches the Skrull on the train — a scene that threw many casual fans for a loop when the first trailer came out (for all of you out there — Skrulls are alien shapeshifters with whom the Kree are at war).

We are afraid of them — they are the enemy. Talos, the commander is the Big Bad Guy Danvers must defeat to keep the Kree capital safe from their nefarious intentions. It isn't until halfway through the film that we realize; we've been cheering on the wrong side. The Skrulls aren't the bad guys, they're a race of refugees because the Kree destroyed it after they refused their rule. The narrative Danvers —and the audience — have been told is perpetuated by fear. Fear of the unknown and of what is different.

This has political implications today, especially as we think about people in our own country and across the world that are persecuted for their differences — whether that be race, gender, or sexuality. 'Captain Marvel' shows us that issues like these aren't black and white — they're complex and basing decisions (and war) on surface level differences is harmful to everyone involved. The film urges audiences to view situations like this differently, which is something we could all desperately use in this day and age.

There are so many reasons why 'Captain Marvel' deserves your hard-earned cash: it's a fil about identity, understanding difference and female empowerment all wrapped up in a blockbuster superhero action movie. The future for more Captain Marvel solo film may be up in the air, but we know for certain we'll be seeing those photon beams in Avengers: Endgame — and so will Thanos.