Fact Checking: A Contender For The Fifth Estate
Odyssey

Fact Checking: A Contender For The Fifth Estate 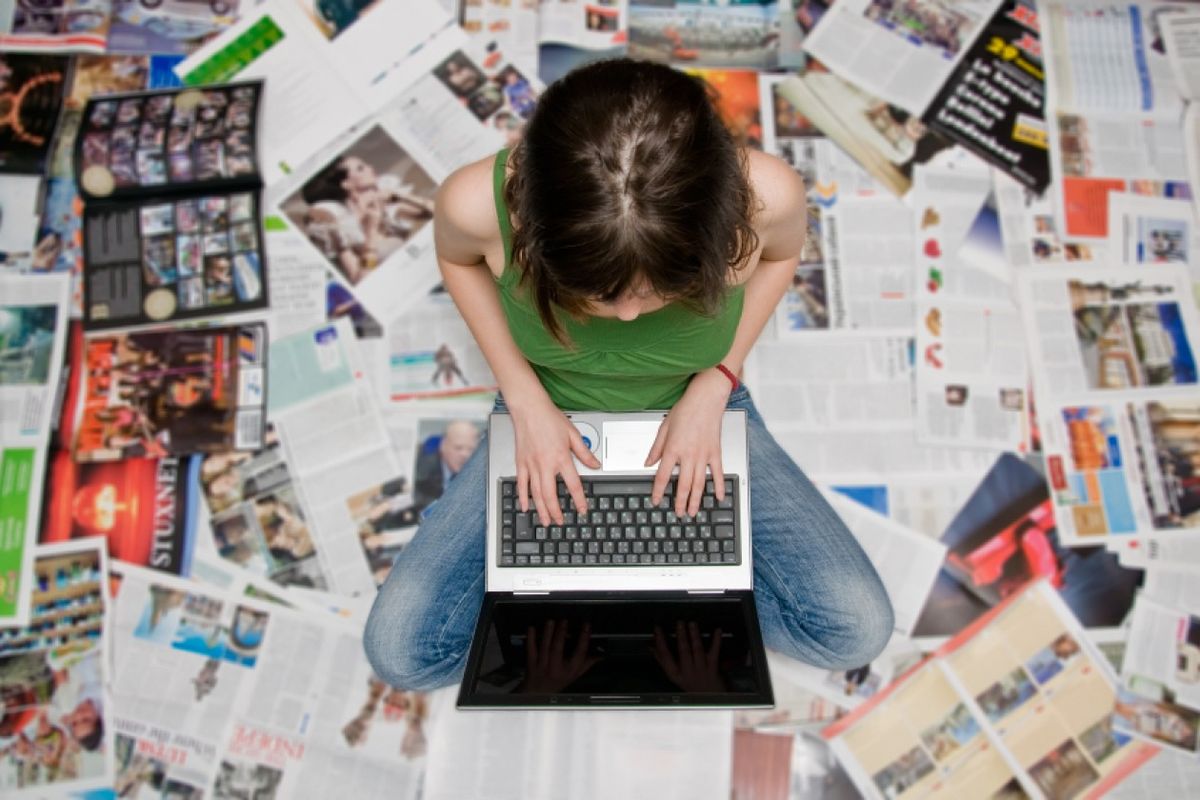 A month or so ago, I acquired a copy of Time magazine that was dramatically titled “Is Truth Dead.” At first glance, I was taken aback by the sensationalist take on the attack on media. It seemed to me that Time magazine attempted to ally themselves with the New York Times' recent advertisement message about “seeking the truth.”

These two images resonated with me. It’s like both Time magazine and The New York Times are fighting the war on the fourth estate by throwing the rest of the other publications under the bus by criticizing media and it’s allegiance to the truth and objective reporting.

While yes, part of the problem is that journalism nowadays is less reliable because it focuses more on hiding facts to exemplify others due to slanted agendas, I strongly believe that the audience, being agents in the co-active process between message and receiver, is responsible for the information that they digest. That being said I still believe that the whole point of the news is that people shouldn’t be given reason to have to fact check the news. It is the news outlets responsibility to conduct an ethical form of journalism and at the very least report truths.

Due to recent political turbulence, what with Trump's rise to power and the incurring and growing scrupulous suspicions about media’s “truthfulness,” I strongly believe that there has never been such a need for fact checking than right now. Throughout the 2016 elections, conspiracy theories and mistruths have been fired in all directions and fact checking has been given the spotlight.

It has now become more than just “sub-genre of journalism” according to NPR, but an essential tool growing in importance. Words like “alternative facts” have been thrown around by the Trump administration, but no actions have been taken to reduce the consistent production of these “facts.” Rather, the administration has turned to blaming the media’s incapability to report in accordance to their journalistic code. This has eventually escalated in "blame game" rather than the respective parties taking responsibility for their own actions.

In the past decade, 24 out of the 29 fact checking platforms were created to keep from the dangerous fabrication of falsehoods in media. There are many reasons for fact checking, but I strongly believe that there are two main sources which play into Paul Lazarsfeld’s Two-Step Flow of Communication Model. His mode includes mass media and opinion leaders. For instance, during the elections, Trump had repeatedly declared that Obama and Clinton had “founded ISIS.”

The Associated Press, The Guardian, and NBC News Correspondent Hallie Jackson denounced this declaration as “patently false.” However, despite these prolific news organization denouncing the claim, other outlets such as the The New York Times (who ironically stresses the “accuracy of events” and “all the news fit to print”) are repeating the claims without noting that they are in fact false. This includes online publications by ABC News and the South Florida Sun-Sentinel. In this case, Trump plays the role of the source of the content and the opinion leaders that are distributing these falsehoods are the news outlets like The New York Times, ABC News and The South Florida Sun-Sentinel.

For example, CNN has even utilized the chyron headlines at the bottom of the screen for parenthetical fact checking. With the increasing air of distrust around media, outlets such as FactCheck.org, The Washington Post Fact-Checker and Politifact have shown promising user growth, as the fact-checking is instantaneous and includes a short description of the inaccuracy of the falsehoods perpetrated by public figures and officials.

While I strongly believe that all news organization should call out falsehoods in everyday coverage of speeches, campaign commercials, and political debates, I still believe that people should retain a degree of responsibility to fact check their own news. As autonomous beings with free will, we shouldn’t be so naive as to bend and believe every word that comes out from the mouths of our surrounding opinion leaders. We must take care to remain as informed as we can about our surroundings and make sure that the facts don’t stem from ad hominem statements and non-sequitur arguments.

This brings us to the unavoidable question: has the U.S’s media reliability peaked and is scheduled for an eternal, Cormac McCarthian “post-fact” landscape? I personally believe that it’s not the case at all. I think of the media’s reliability as more of an unremitting line graph with time as the indicator for the x-axis and reliability as the indicator of the y-axis.

While there is a decline in reliability, I don’t think that audiences can afford to lose the fourth estate because of it’s defying nature. While media reliability is dwindling, it’s being salvaged by these fact checking websites acting as an additional hand operating in the “fifth estate” where it’s an additional institution to keep the media news reporting in check. With the increase of readiness of these fact checkers, while I risk sounding optimistic, I do think that media reliability will one day restore its legitimacy.