Excuses Will Not Save the World
Odyssey

Excuses Will Not Save the World

"Nothing will benefit human health and increase chances for survival of life on Earth as much as the evolution to a vegetarian diet." -Albert Einstein 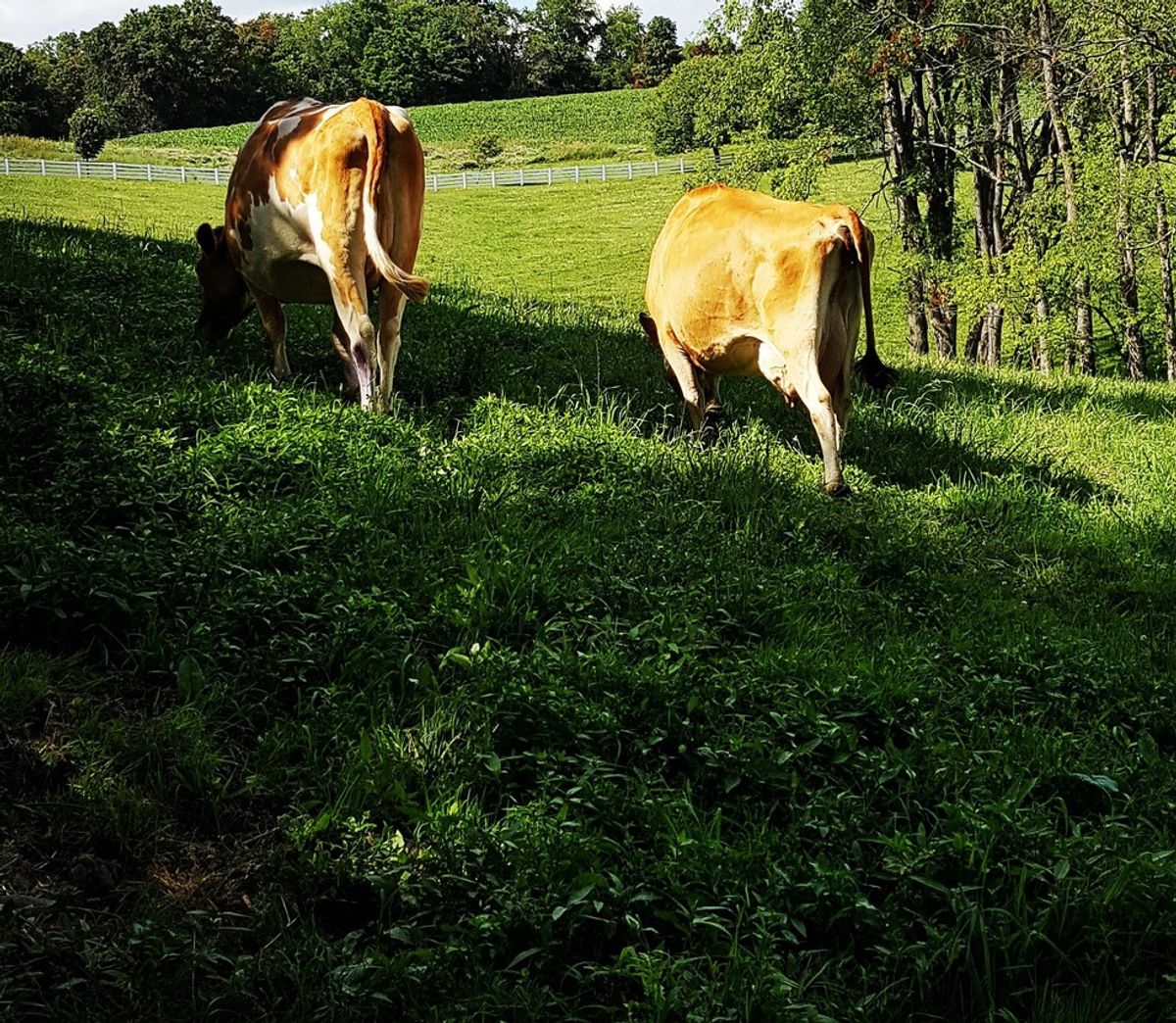 When Javan Tigers went extinct in the early 1970's, the world did not vanish with them. When the golden toad was last seen in the late 1980's, the rivers were still flowing, children were still riding bikes, and people were still making bad decisions. When we go extinct, and as the way things are going I truly believe it will be sooner than expected, I fear we will take everything with us.

I have wished before that when we go extinct, it would be from an outside cause, a natural cause, but more than that, that the river would go on flowing afterwards, the plants would keep on growing, maybe the world would start again. I hope we go out alone, the whole planet should not be a brown, lifeless scar left at human hands.

Many people are so blind to many truths kept from them, or have seen the truth and are too selfish to change. I have thought long about these things and I think, unfortunately, it comes down to just a few vices: laziness, selfishness, and ignorance. I am all about going about change in a kind way, but at the end of it all, that is where the truth lies, and for those would fit into a category, it may hurt.

We are the most powerful, complex animals on planet Earth. With that, we have to power to destroy the world with our poor choices, but that also means we have the power to heal it. I believe going vegan is the most helpful way we can heal the planet as this moment. It is not a matter of preference or comfort, it is a choice between right and wrong. It is not a battle with people different from you, it is a battle with your conscience. Not only that, but it is also natural. I think James Wildman said it best in "101 Reasons to Go Vegan" where he talks about if you give a baby a chick and a strawberry, it would naturally eat the strawberry. Eating animals is a cultural thing, not instinctive to us biologically. This is also why most humans are lactose intolerant. We stop producing the enzyme to break down lactose after infancy, because we are not suppose to drink it, much less drink the milk produced for a 65 pound calf.

Anyway, I cannot fix the laziness or selfishness of humanity but I can assist in the ignorance. Going vegan, when done right, is a healthier lifestyle, and that is definitely a plus. I could go on and on about why it is healthier and why is it what our body were actually built to eat but I have always been in it for the Earth, it is my home, and I have made my life about treating it with respect and love so that is what this article is about. Here are just some ways that supporting the meat industry destroys the planet.

Greenhouse Gas Emissions are what causes global warming and livestock are responsible for about 18 percent of it. They also account for 64 percent of anthropogenic ammonia emissions. These contribute to acid rain and the acidification of the environment, which messes up the pH levels of environments, killing plants and animals that need those pH levels to live. These levels will only grow as the human population grows because we will need more livestock to feed us.

One third of Earth's fresh water goes to animal agriculture and this is not only a waste of water but harmful because livestock is the largest contributor to water population. This is because of the amount of food they consume in their lifetimes, needing about 260 millions acres to produce food for them and this food is being treated with pesticides. If this is not done correctly, the runoff from these goes into the river and lakes, harming their ecosystems. This is in addition to the 500 million tons of manure livestock produces each year. This runoff happens the same way as the food production, going into rivers and lakes, and even into our own drinking water (sometimes not being able to be fully cleaned by the water treatment plants due to its higher than normal concentration of harmful chemicals.) Due to this runoff, human health is compromises, coral reefs are dying, and much more.

Remember all that talk about the Amazon being cut down? Yeah, well it doesn't take a genius to know where I'm going with that. 70 percent of the deforestation was so we had more pasture for livestock. All that diverse ecosystems, with tribes and possibly new medicines, gone. 26 percent of Earth's land goes into livestock grazing and one-third of the earth land goes into the production of their food. It has also been said that the U.S. alone could feed 800 millions people with the grain that livestock eat. If the resources that went into the upkeep of livestock when into producing plant-based food for humanity, more people could be feed with less impact on the environment, plus the people would be healthier.

I truly believe that one day, we will look back on this time and be astonished by the amount of animal products we consumed. It is like slavery, or women's rights, just a time in history where unethical and unhealthy lifestyles were so common that doing the right thing sounds absurd.

So, in conclusion, you like the taste of meat. You don't have to will power to go vegan. You would but now just isn't the right time. But also, you know, the modern lifestyle most people live is not sustainable and will catch up to us eventually. Unfortunately, not just us, but all the millions of animals we abused and killed in the process and all the land and water that humanity polluted. Everything will suffer. It is a hard truth, but at least it isn't a sweet lie.

Excuses will not save the world, but you can, and I hope you will.