The Courage from Within 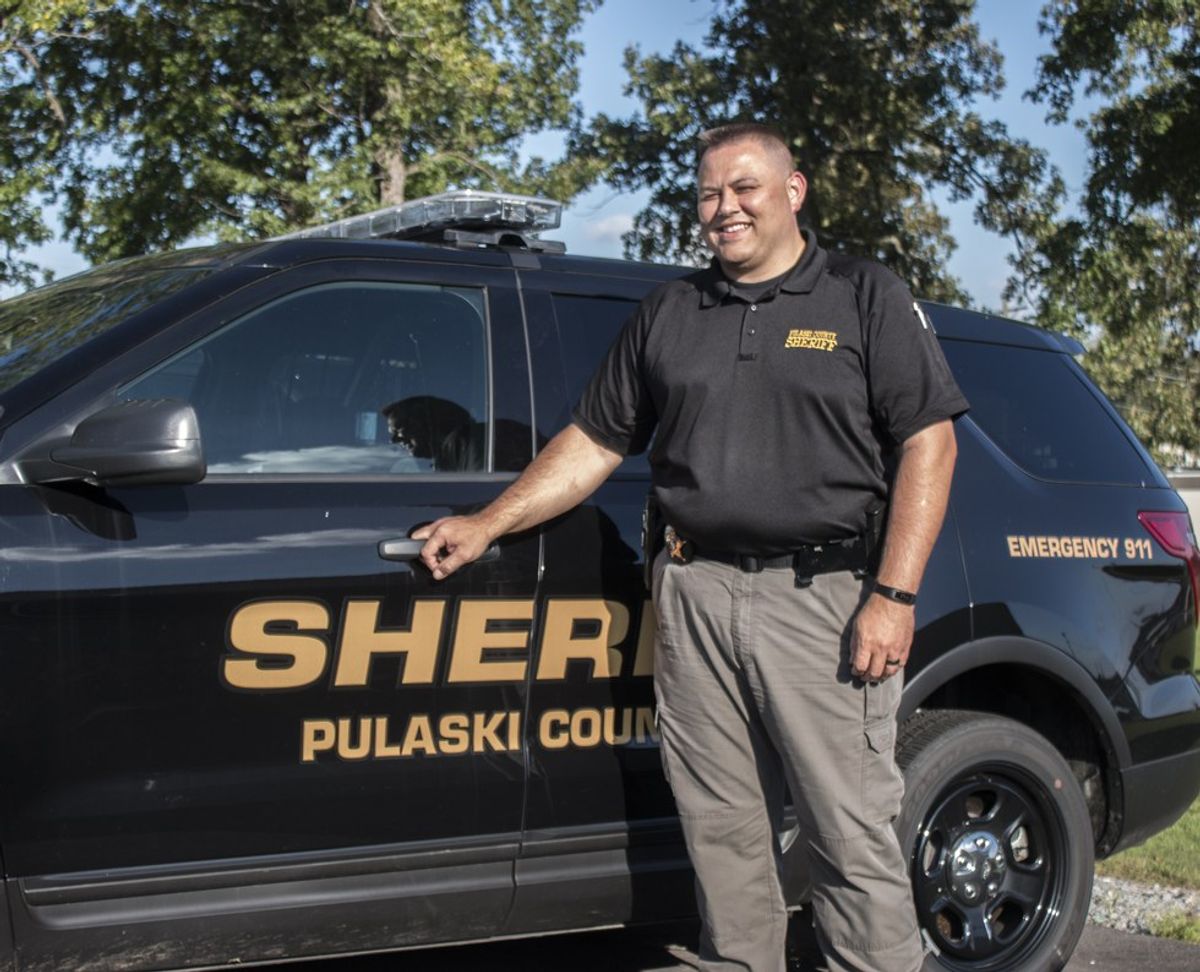 Captain Carl Minden began his career in law enforcement almost 2 decades ago as a State Trooper for the state of Arkansas on October 23, 1995.

Most people would describe the duties of a police officer as dangerous and heroic. It’s a job that not anyone can do. Many that I’ve spoken with say that the role involves more than just a passion, but a calling and commitment. Captain Minden informed me that he knew from an early age that he wanted to be in law enforcement, like his father and other men in his family that he admired.

A monument outside of the Pulaski County Sheriff's Office in Little Rock, AR

I had the opportunity to sit down with Captain Minden of the Pulaski County Sheriff’s office, and I asked him about his mindset when it comes to the risks involved to be an officer on the force.

“Any job that you have to put on body armor and put on a gun, a Taser, a baton, pepper spray and a radio, you’ve got to know that there’s some inherent risks that come with it because not everybody does that.” - Captain Carl Minden, Pulaski County Sherriff's Office

He insists, however, that more than the risks, he focuses on the response to the call and how to prepare before he arrives. “You could say its risk, but you learn how to work scenarios in your head on how to respond.”

Because of his skilled training and instinct as an officer, Minden reveals that he’s never really “off-duty”. At the same token, he continues, he’s just a regular person who enjoys going out to eat with his family, and going to church and school functions for his children. But he realizes that as a part of the community that he is held to a higher standard which requires him to uphold the law even outside of his “typical office hours”. I asked him how he felt about this, and he replied with the kindest smile, “I don’t mind at all.

With the risk of everyday uncertainty, injury and death, I asked the veteran officer what is the hardest part of his job. “In a lot of ways, we’re held to a higher standard than most people and that's hard. And just because we work under the law doesn’t mean that we’re exempt from it. You’re going to be running late, too, or you may speed, too, and get pulled over too. When a police officer does something that an average person did, would it makes the news? Probably not. But we’re people. We’re not infallible, we make mistakes. But we do train our guys to make the best decision they can in a moment’s notice. You expect so much of a police officer even though we’re put in split-second decision making, life-changing decisions, and somehow you want them to make the perfect decision every time. It’s not going to happen.”

“There is a physical toll involved, but the mental toll is greater,” he reflects “but this is what we signed up to do. You see people at their worst moments. Homicides, children who’ve been physically and sexually abused, neighbors who’ve gotten into conflicts, battered spouses... I’ve seen things that no one should have to see.” I wanted to know if officers ever get immune to tragedy. He explained that while one can never be immune to such pain, you learn to encapsulate it. The Captain expresses that he has a “strong faith in the Lord” and that’s how he deals with things because he is not strong enough to deal with these things on his own. He also credits his wife of more than 25 years, as well as his 3 children as being his motivation to continue.

Clearly a fan of the home team's beloved Arkansas Razorbacks

With comparisons from superhero to superhuman, I asked the officer about his fears. “I don’t have like a particular phobia of anything,” he responded. Not to be morbid, but I asked Minden if his biggest fear was the obvious one often unspoken. Very candidly he replied, “I’m not scared of dying, I just don’t want my kids to grow up without me. If I’m there, then I can help them, but if I’m not there, then I know I can’t.” His greatest fear, he revealed, is that something’s going to happen and that he won’t be able to be there for them.

I wanted to know if Officer Minden considers himself a hero. He asserted, “Hero, no. Role model, yes. To me that’s a very big difference. Sometimes you’ll see stories about an officer that performed CPR or something on a child and then years later the kid graduates high school or something, so…he probably is a hero. He saved your life. He literally saved your life. That’s very heroic. But to be a hero on a day to day basis, no, not necessarily, I don’t consider myself a hero. I’m just a person.”

Merriam-Webster defines the word hero as a “mythological or legendary figure often of divine descent endowed with great strength or ability; An illustrious warrior; A man admired for his achievements and noble qualities; A person who shows great courage.” It’s amazing how the world often sees us in ways that we don’t see ourselves. If Merriam-Webster’s definition is any indication of what it means to be a hero, then Captain Minden is one, in every sense of the word. The role of an officer is never-ending. For the men and women of service in our community who wear the hats of protector, enforcer, leader, role model and friend, we salute you and extend our utmost gratitude for the selfless labor that you have granted us.