My unique take on a highly debated moral dilemma. 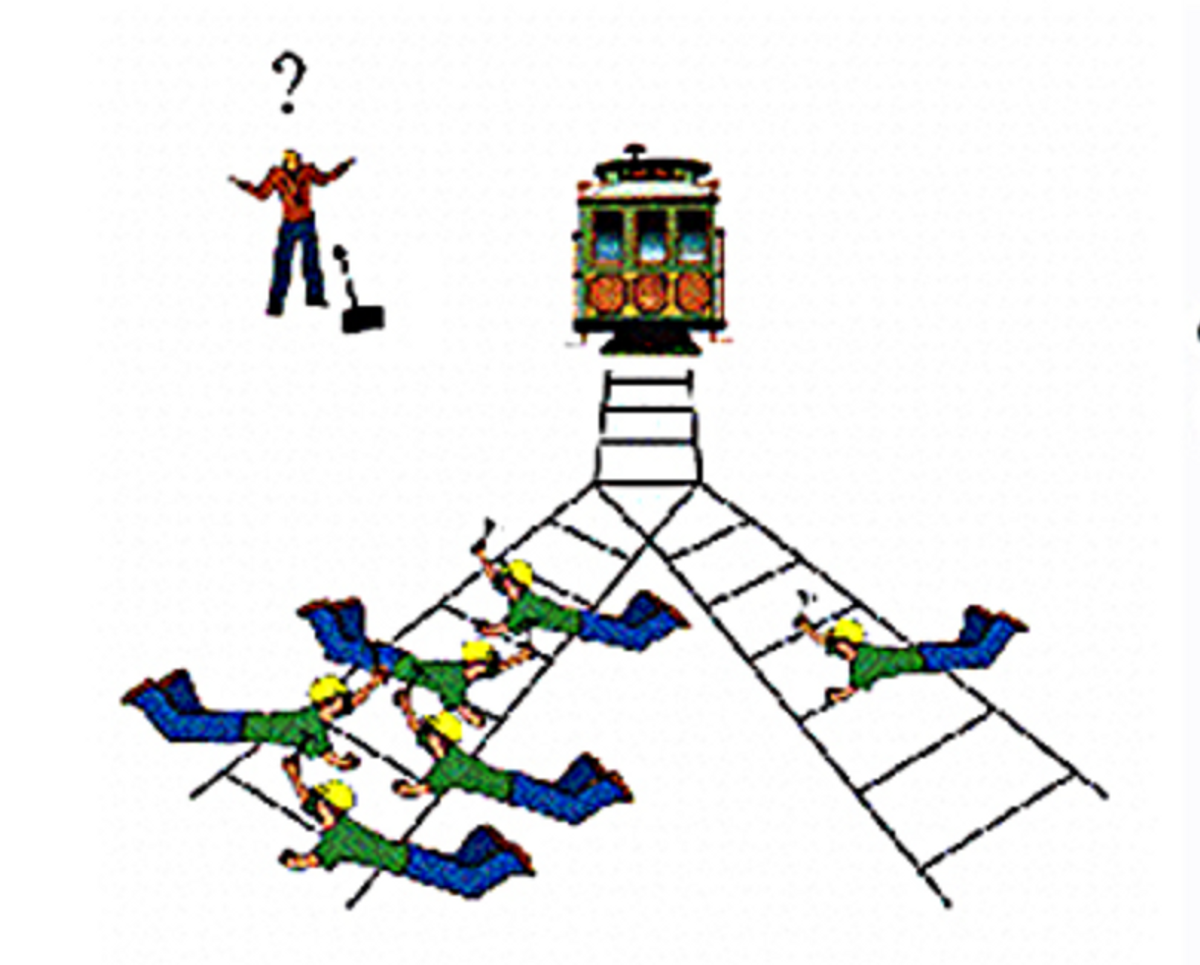 Do you kill five or do you kill one? That’s the question, and a harsh one at that because, in the end, you will still murder someone.

Hypothetical Moral Dilemma: Imagine you were the driver of a trolley car where the breaks stopped working. Ahead you see five workers on the tracks and to the right you see one worker on the tracks. You could continue the trolley straight and kill five workers or you could turn right and only kill one worker. Which is the better choice? Either way, you are still taking someone’s life which means whatever choice you make, it will still be wrong.

Would you be okay killing an innocent worker? Would you be okay deciding one life is worth killing more over another? There are enforceable laws that teach society it is wrong to kill, so much so, that even the death chair – a legal act – is debated. In addition, when the driver is deciding which direction to go and who to kill, no option is better than the other because we are all supposed to be thought of as equal.

The majority in the class said it was better to spare the five lives by turning right and just kill the one worker, however, I completely disagree for three reasons.

Secondly, if the reasoning is to kill the one worker in order to spare the five that would mean the one worker is sacrificing himself for the majority. The only flaw is that he is not the one deciding to make that sacrifice, the driver is. It is not fair for the one worker’s life to be taken because he was in the wrong place at the wrong time that appeared to be the right place for the driver to make less of a wrong action.

Thirdly, in that scenario of the driver turning the trolley, he would be bringing the one worker into a situation he was never meant to be in. The driver is interfering with what was already going to happen and therefore would intentionally be killing the one worker instead of accidentally crashing into the five.

The high standard of “thou shall not kill” cannot be followed in this specific situation because someone will die, whether it’s the one worker or all five. The objective moral dilemma to kill or not to kill is removed because there is no choice to not kill, which will then produce different responses because there is no right choice.

The trolley scenario is a classic moral dilemma that does not have a definitive right answer. Killing one or killing five, a worker will still die. Relative to our societal and cultural rules, this hypothetical scenario will forever be debated since it has been taught that it is wrong to kill.

Caitlin Marie Grimes
University of South Florida
11838
Beyond The States