The Enneagram Goes To Hogwarts 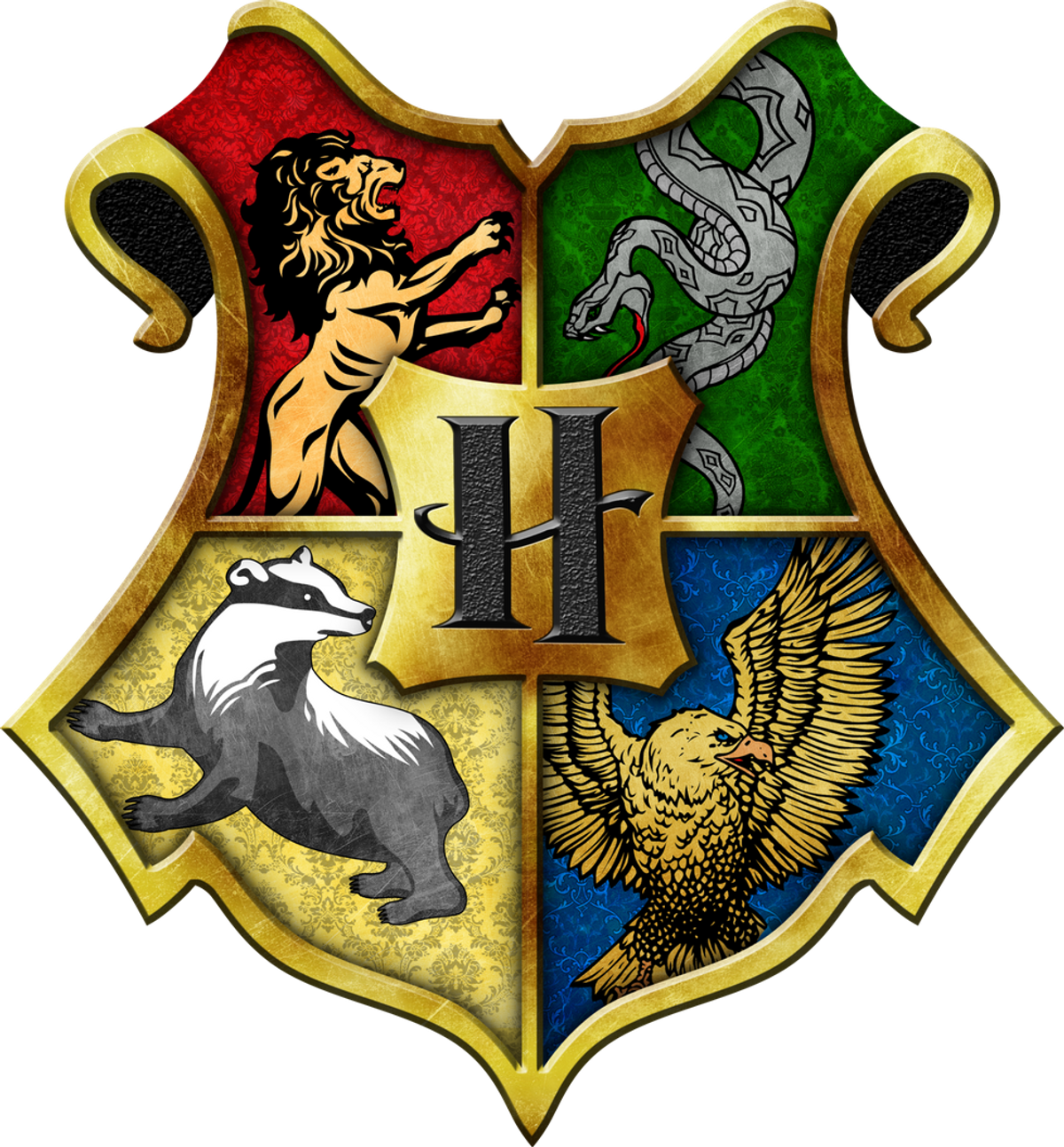 There are two things that I love more than anything else in this world: personality tests, and Harry Potter.

In the last couple of years, I have learned about the enneagram. If you don't know, the enneagram is a principle of human personality that classifies people into nine interrelated personality types. The model looks like this:

The other night, I was talking with my roommates, and we were sorting our friends into the Hogwarts houses. Somehow, that led into a discussion of which house each of the enneagram types would be in. So, here we are.

First, let's hear from the Sorting Hat about each of the houses, so we are all on the same page:

You might belong in Gryffindor,
Where dwell the brave of heart,
Their daring, nerve, and chivalry
Set Gryffindor apart.
You might belong in Hufflepuff,
Where they are just and loyal,
Those patient Hufflepuffs are true,
And unafraid of toil.
Or yet in wise old Ravenclaw,
If you've a ready mind,
Where those of wit and learning,
Will always find their kind.
Or perhaps in Slytherin,
You'll make your true friends,
Those cunning folk use any means
To achieve their ends.

Ones are known for their need to make everything better and not make any mistakes. They love being right, just, and consistent. Their friends would describe them as wise and realistic. They fit right in with the Ravenclaws, as they love to think and figure out the best solution to everything.

Also known as the Helper, twos are constantly looking for ways to love those around them. Described as warm-hearted and sincere, they are some of the most loyal friends a person could have. Relationships are at their core, and while that can be a downfall, it is exactly what makes these Hufflepuffs the caring people that they are.

There is one word that can easily describe most threes in this world: Charming. The Achievers need to be valued, and to accomplish that they do what they can to be the best at everything they do. As members of the Slytherin house, they are highly ambitious and tend to be status-driven, whether they mean to be or not. The Sorting Hat even used the word "achieve" to describe Slytherin.

I struggled trying to decide what house the fours fit into. Which makes perfect sense, because they are called the Individualists. They take pride in being unlike any of the others, and they can't be put into a box. For the same reason, though, is exactly why I placed them in Gryffindor. Their need to be their own people can hurt them, as they become so self-involved that they miss out on the rest of the world. When they are at their best, however, they are incredibly creative and love the uniqueness of everyone around them.

The fives are also called the Investigators. Need I say more? They are insightful and infinitely curious. Others would describe them as people that love to learn. At their worst, they become isolated and detached, but above all, they value knowledge, questions, and answers. There has never been a better fit for wise old Ravenclaw.

Once again, the answer is in the name. Referred to as the Loyalist, sixes are committed and secure. Others would describe them as reliable, and hard-working. They love others and want to feel supported by them. Being in a house so relationship-centered is the perfect place for these trustworthy, courageous individuals.

Sevens are called the Enthusiasts. They are always looking for adventure and trying to find the fun in the most boring situations. They are playful, and high-spirited, just like the best Gryffindors. They are generally extroverted, which gives them a sense of chivalry. Others might be annoyed with their impulsive decisions or distractibility, but we love the joy they bring to any situation.

Also known as the Challenger, eights are generally described as assertive. They long to be protected and in control, which makes them act in ways compatible with those of Slytherin house. They are protective and resourceful, and can sometimes be domineering or self-centered. They want to be in control and try to accomplish this by being intimidating. If they harness their powers for good, they are the heroes, but if they let their need for control overtake them, they become disconnected and harsh.

Nines are the Peacemakers. They are accepting and loving of those around them and want to avoid conflict at all costs. They long for inner stability, which can be a huge downfall. The need for peace can make them hold in emotions and become stubborn. These healthy Hufflepuffs bring people of all walks together and heal wounds like no one else can.

Nicole Marie Nigro
Individual Creator
8969
c1.staticflickr.com
Where to start...... Let me start with the cliche that life throws us curveballs and what we do with it is what counts.