Your Empty Thoughts And Prayers Will Not End Gun Violence
Odyssey

Your Empty Thoughts And Prayers Will Not End Gun Violence 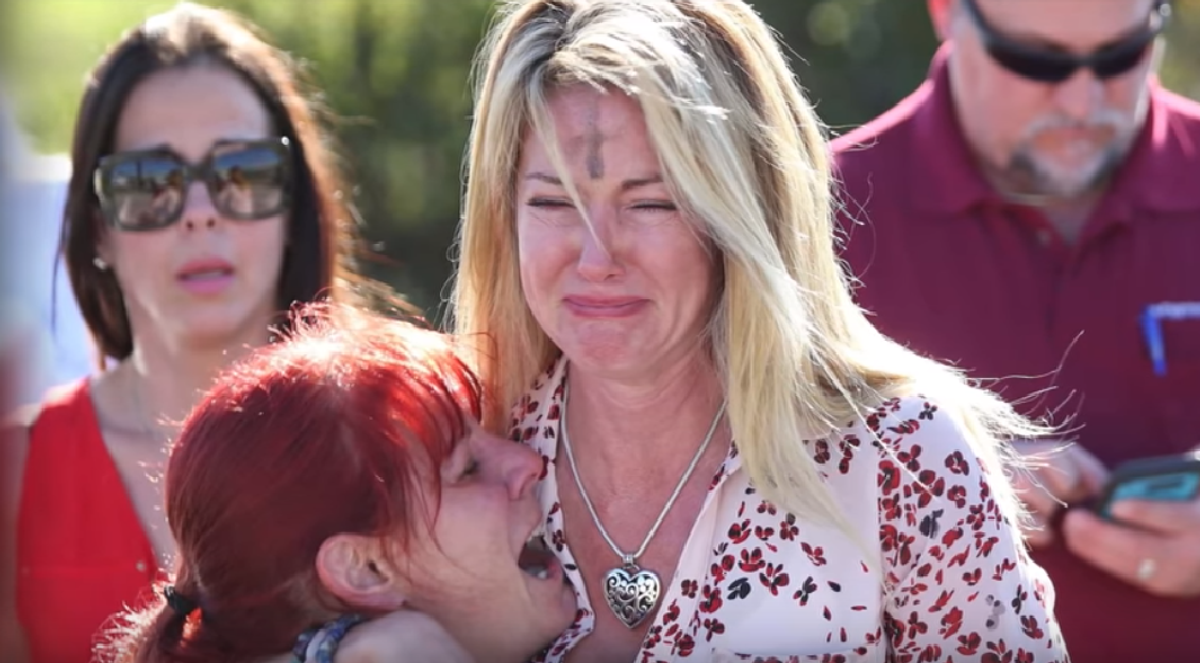 On Valentine's Day, I came home from school to find seven news alerts on my phone. Parkland, Florida. School shooting. 17 dead. I stopped reading because the words eventually became blurred, and I was overcome by this horrible wave of sadness. I went to school the next day and heard brief conversations like:

"So sad, what happened."

Social media has been filled with "thoughts and prayers" after the mass shooting news broke. Some came from terrified parents. Some came from kids who were afraid to go to school. Some came from politicians who get funding from the NRA. And I thought to myself, well, I've heard it all before. After Sandy Hook, after Orlando Pulse, after Fort Lauderdale-Hollywood International Airport, after Las Vegas — the list goes on and on. After a certain period of time, offering "thoughts and prayers" has become some sort of robotic American ritual. Americans express their sympathies, debate about guns and eventually stop until another tragedy occurs again. We all sound like broken records, stuck on repeat.

SEE ALSO: As A Georgia Northview High School Student, I Feared For Our Lives When A Shooter Threatened To Attack

Your "thoughts and prayers" are meaningless without action. The traumatized families and victims of the Florida school shooting don't need your empty condolences. All of us need gun control to prevent this from happening again. Nobody needs to own guns except the U.S. military because self-defense gun use is rare. The Second Amendment should not outweigh the lives of innocent people because it was written by the Founding Fathers (227 years ago!) to protect the right of militias to own guns, not individual liberties.

GOP, it's time for you to accept that our country has evolved. It's atrocious that young people are constantly being hunted because of outdated gun laws. It's atrocious that a 19-year-old passed the background check to legally purchase the AR-15 — a commonly used weapon in mass shootings — despite having a history of mental illness. You all have blood on your hands. How many more children must not make it home before you start doing your job?

Shame on you, FBI. You should've taken action after you were notified about Nikolas Cruz expressing his desire to become a school shooter in a YouTube comment. His digital footprint revealed his ties to white supremacists, obsession with violence and homophobia. The red flags were all there, and you shouldn't have overlooked them.

American adults, you have let us down by doing nothing. You have failed to loudly advocate for gun control. Why does it take a tragedy to ask for change?

We should not become accustomed to living in fear. We should not have to practice active shooter drills. What is this world we're living in?

Instead of sending your "thoughts and prayers," I encourage you to demand action because anyone can make a difference. If you're old enough to vote, please support pro-gun control candidates. Donate to gun control organizations like the Brady Campaign, Everytown for Gun Safety and The Coalition to Stop Gun Violence.

Contact your senators and representatives. Sign a petition. Use social media to raise public awareness on senseless gun violence. And on March 14, please participate in the national school walkout at 10 a.m. to peacefully protest congressional inaction on gun laws. We are the voices of change.

Caitlin Marie Grimes
University of South Florida
11753
Beyond The States