What Demetrius Harmon's 'You Matter' Hoodies Mean To Me

What Demetrius Harmon's 'You Matter' Hoodies Mean To Me

It's more than just a hoodie and saying. 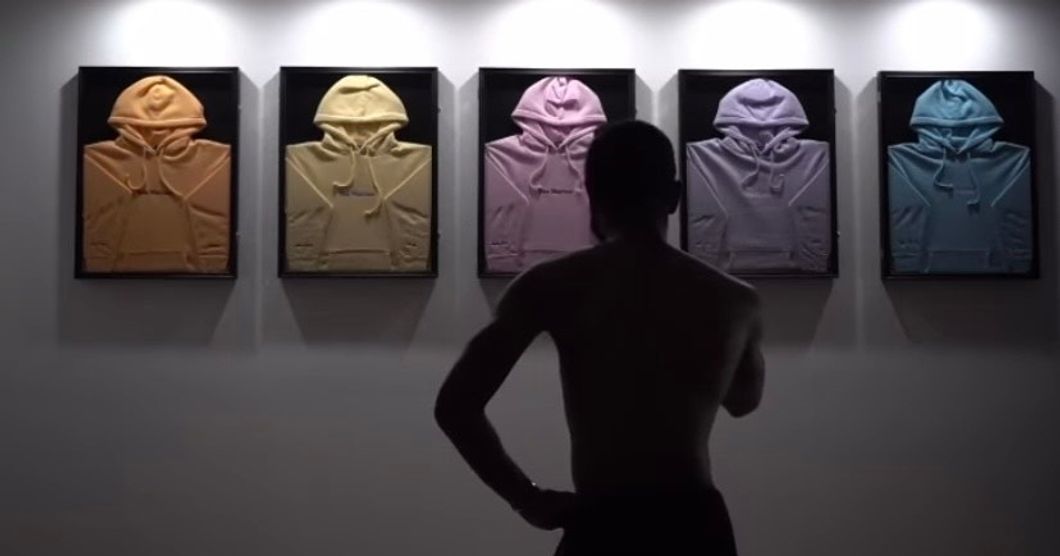 Starting any sort of brand is no easy feat, the creators must ensure that what they're putting out reaches the targeted market and hope that people see what they're selling and say "this is something I want to spend money on." This whole concept of, lets just sell what a lot of people are going to want to buy and make profit from it isn't Demetrius's style at all. He has built this sense of community amongst his supporters that allows us all to realize that despite being at our possibly most vulnerable state of mind, we are valued.

Harmon's first "You Matter" collection was released in 2016 with t-shirts in four colors; maroon, orange, baby blue, and pink, as well as a black long sleeve and hoodie. Demetrius created this collection by using the same message he would tell himself when he was having suicidal thoughts that served as a small, yet extremely powerful message. When I first began following Demetrius on Instagram, I was able to witness him produce more releases and watched as his continuous hard work started paying off when multiple celebrities began wearing them. With his collections, Demetrius donates portions of his profits to organizations such as his "You Matter Breast Cancer" edition hoodies from 2018 which he was able to donate $20,000 to Nanny Angel Network Breast Cancer Organization.

For me, his hoodies are more than just another piece of clothing you can just throw on whenever it gets just a little chilly down here in Florida, which rarely ever happens. I was finally able to buy my first one from his Spring collection where he released pastel colors and I snagged the baby yellow hoodie. A part of me felt so relieved to finally say I owned one, because I know how much effort he puts into making and shipping out all the orders each with a personalized message.

Being in college, its easy to find yourself stuck in a constant routine and maybe hardly ever taking a break, even though you might need to. There are some nights where when I get all my work done, I feel great about getting my stuff done and when I finally look at the time on my phone its already late into the night. I start thinking about the last time I ate and its at these quiet hours when I can't go to sleep that thoughts of self-doubt start creeping in. Not having my closest friends nearby makes it tough for me to try and deal with these things on my own and sometimes the way I end the night is with tears running down my face until I eventually sleep.

The next morning though, I look in the mirror and hanging right there is the personalized message from Demetrius that says "Please never forget that You Matter. Wear this item when you doubt your strength, when you want to give up, when you need a hug, when you need reassurance. As long as you have me and this hoodie, you're never alone. Love, Demetrius Harmon." His hoodies bring me a sense of comfort and affirmation that yes, there will be bad days and they aren't going to be miraculously solved because that isn't how life works, life is at times really ugly and doesn't know how to stop throwing underhanded punches. The hoodie and the message "I feel weak, but I know that I am strong" written on the wrist portion of the sleeves remind me that no matter what type of things I go through and no matter how much I may feel like giving up, there will be better days and I have to keep striving to being able to see those days.

Demetrius Harmon is a man who is able to touch so many individuals and I don't think he himself actually realizes how much his hoodies leave a lasting impact on us. It isn't easy reminding ourselves our worth, but a fuzzy hoodie certainly helps me.