One Country, One People: The Aftermath Of The Las Vegas Massacre
Odyssey

One Country, One People: The Aftermath Of The Las Vegas Massacre

This is not the time for your anti-gun or your anti-Liberal arguments. This is a time to help our fellow Americans. 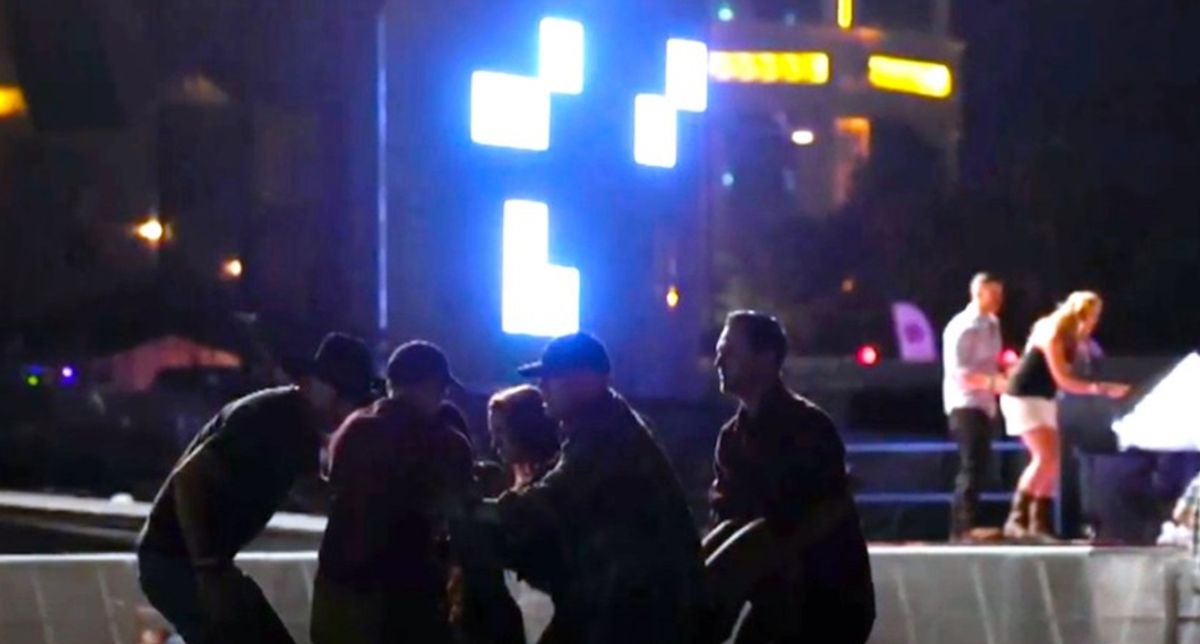 Tragedy - there's no other word that can be used to describe the horrific event that unfolded the night of October 1st, 2017, as a gunman opened fire into the crowd of an outdoor country music festival.

From the window of his 32nd story hotel room in Mandalay Bay Resort and Casino, 64 year-old Stephen Paddock rained fire on the crowd of an estimated 22,000 people, killing at least 59 people and injuring more than 500 others.

Since Sunday night, news outlets and social media have been blowing up with stories: updates on the victims and their conditions, breakthroughs in the investigation, and of course, political arguments about gun restriction and domestic terrorism.

This is a time to grieve - as one country. What's important following the massacre in Las Vegas is to remember that before we are Republicans or Democrats, gun-owners or not gun-owners, we are human beings who need to support each other.

Politicians and celebrities alike have took to social media to put their thoughts on the incident in Las Vegas, but what the American people need, instead of divisive arguments and political ideologies, is a reminder that at the end of the day, white or black, gay or straight, Republican or Democrat, we are human beings. The rest is secondary.

What we should be talking about following Las Vegas is the outpouring of compassion seen in the crowds by people such as Ashtyn Zamora, a concert attendee who, unarmed in the shooting, ran around doing her best to help victims and those injured without hesitation. We should talk about the thousands of people who waited in line to donate blood to those in need after this tragedy, and the hundreds of other men and women who, in a state of emergency and panic, kept their heads clear and did what needed to be done to help those around them and save the lives of many.

We should be thanking the masses of first responders that ran without hesitation into a highly dangerous crowd, doing the very thing they are trained to do: save lives. In that moment right there, it doesn't matter what you think of the police, because in moments where it matters, the men and women in blue show America who they truly are: fearless heroes, remaining steadfast in the face of the most terrifying situations.

Nevada Governor Brian Sandoval commented on the bystanders who didn't have to be heroes, but in the face of terror chose to, stating: "You see courage and compassion there, people helping total strangers, people risking their own lives to help people."

Because in our darkest moments, that's who we are: people who run blind into danger with hopes of saving another person's life, all the while never stopping to think we could give up our own in the process. At all times, but especially in the aftermath of tragedies so unfortunate as Las Vegas, America doesn't need a reminder of the lines that divide its people - it needs love and compassion and sympathy and humanity.

Las Vegas, our hearts are with you, especially the victims, the injured, and their family and friends. You have a nation of support behind you, because we don't leave our own behind.

God bless you all, and God bless America.

*** To anyone interested, there are plenty of ways to help in the efforts to help the victims and their families of this tragedy. Take action - every little thing done could change someone's life. ***