To All The Books I've Loved Before

To All The Books I've Loved Before, Thank You For Making Me The Person I Am Today

From Harry Potter to Elizabeth Bennett, each character has taught me something new. 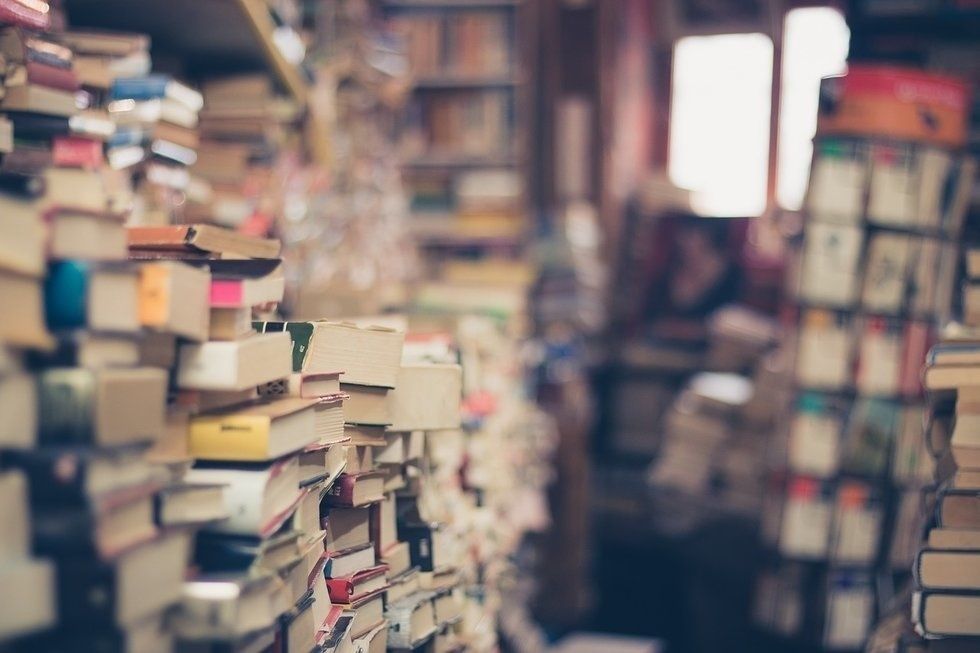 I'm ten-years-old. The "Percy Jackson" series is the only thing I have read in the past three months. My beat-up copies of each book serve as a testimony to the joy I have had through each step of the journey alongside my new friends from Camp Half-Blood. My favorite book is "The Sea of Monsters." I will never find anything as exciting to read as the books in this series.

Nine years have now passed. In the past three months, I have read anything from the legendary authors of Shakespeare, Austen, and Bronte to the newer works of Sophie Kinsella, Jenny Han, and Taherah Mafi. Books clutter my floor, desk, and cram into any spot available on my overflowing bookshelf. My favorite book is "A Tree Grows In Brooklyn," but I think "Little Women" could easily take its spot. There are dozens of books I cannot wait to read, and I have decided to have a career in which I read them all.

As a middle school reader, one who believed the new episode of "Wizards of Waverly Place" was better than any bound stack of paper, I never imagined how great of an influence books would have on my life. I never would have believed anyone who told me I would grow up to read every Jane Austen book, much less enjoy each one more than the one before. I would have called you crazy if you told me I would eventually base my purchase of a bag on if it had the ability to hold an average-sized book, or at least my Kindle.

Nonetheless, here I am.

I own more books than anyone truly needs (though I would argue otherwise,) read in any given opportunity (shower reading is highly underrated,) and stress over which book to recommend my friends next (even though I know they are unlikely to love it as much as I do.) What was once a school-forced "hobby" is now a passion, joy, and the basis of my future career in English education.

Think back to your favorite English teacher of all time. I know what you are thinking: how can I choose just one? Well, at least that's what I hope you were thinking. Maybe the teacher forced you to read, or made your life miserable with one research paper after another. Or, just maybe, the teacher opened your eyes to new stories, ideas, and the power of words. Those are the teachers I had, as well as the ones I look up to as I follow in their footsteps.

Literature has so much to teach us. No, I will not bore you with the lessons and ramblings of Dickens or Hemingway, though I agree (alongside the other literature nerds of the world) that they offer insight we can all benefit from. Instead, I urge you to look no further than the stack of Nicholas Sparks' books on your mom's nightstand or the "Junie B. Jones" books you have stored under your bed that have been collecting dust since you last opened them in second grade.

Who is to say these books have no moral lessons?

These books teach young readers how to manage the anxieties of new teachers, friends, and even siblings, as well as reminding adult readers they are not alone in the problems they face. And it does not stop with books. T.V. shows, movies, songs, music videos, etc. all have the potential to teach new ideas and life lessons. When I even mention the words "English major," most expect me to consider literature as nothing other than old books in a painful-to-read form of English written by people who died centuries ago. That could not be further from the truth. Literature is everywhere, and if you love it as much as I do, then I hope you can accept these non-traditional works as the teaching devices they are. In addition, I would like us to stop pretending Shakespeare is so great and thoughtful, but that is a rant for another day.

I have learned a variety of things from every book I have ever opened. Sometimes, they are profound lessons, such as in fifth grade when "The Giver" taught me it is better to feel pain than to never know happiness. Other times, they are cultural lessons, as I found in "Things Fall Apart" when the protagonist's tribe was forced to give up their beloved traditions. And occasionally, they are lessons I never needed to learn, but now feel I could not live without, like when I read "I'll Be There For You: The One About Friends."

Whatever you do, don't forget your little paperback friends. I know I never will.

books
Report this Content
This article has not been reviewed by Odyssey HQ and solely reflects the ideas and opinions of the creator.