The Blatant Injustice Of The Verdict In The Yanez Trial
Odyssey
CurrentlySwoonLifestyleHealth & WellnessStudent LifeContent InspirationEntertainmentPolitics and ActivismSportsAdulting
About usAdvertiseTermsPrivacyDMCAContact us
® 2023 ODYSSEY
Welcome back
Sign in to comment to your favorite stories, participate in your community and interact with your friends
or
LOG IN WITH FACEBOOK
No account? Create one
Start writing a post

The Blatant Injustice Of The Verdict In The Yanez Trial

And the demonstration in honor of Philando Castile 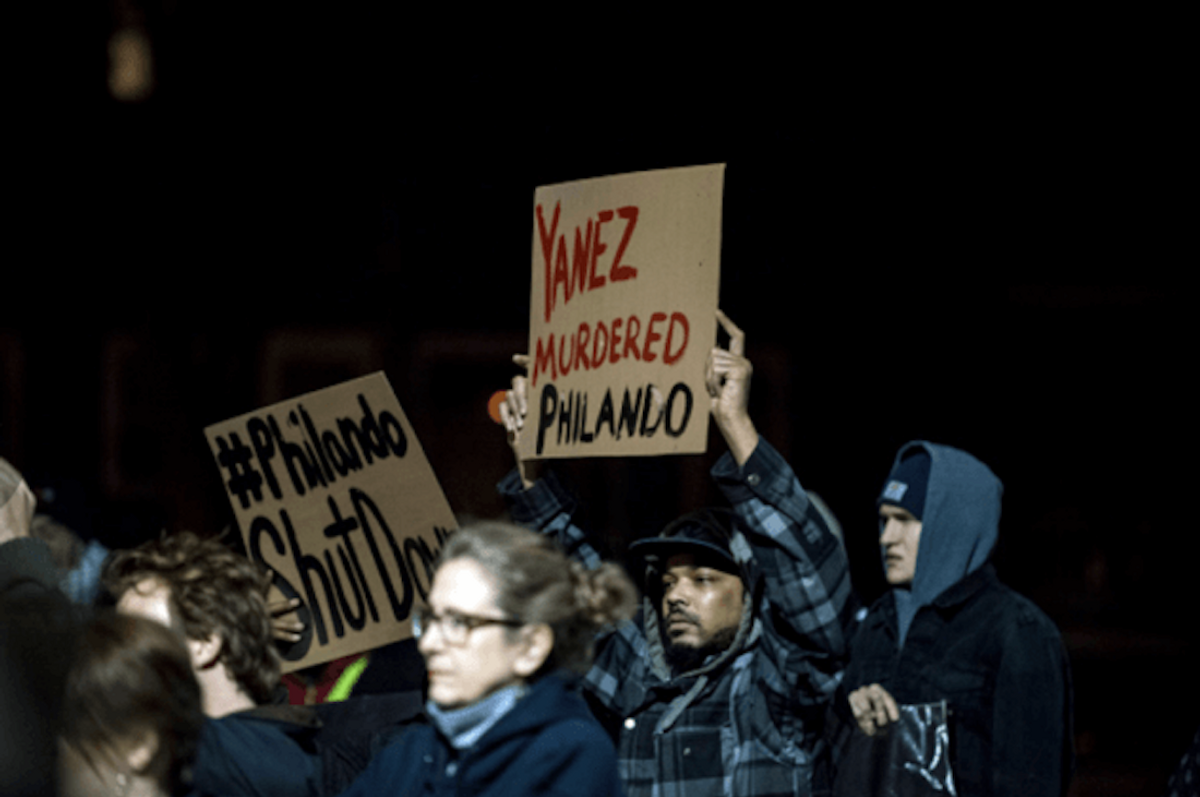 Unjust and brutal police violence has always been a reality for people of color in America, but it is a reality that white Americans don't empathize with or experience to the same magnitude, if at all. This lack of empathy and ignorance played a leading role in the unjust verdict, which announced that Officer Yanez would not be charged with the brutal murder of Philando Castile.

The prison system in this country is corrupt, and it is not my idea of justice, however, incarcerating convicted criminals is the method by which this country creates a sense of order and power, even if these attributes are often abused.Though many supporters of the verdict felt bad for the grieving Castile family, some continued to say that we don't need Officer Yanez to go to prison, especially because of his children, who would be deprived of their father.

This argument, however, neglects the point of justice. Philando Castile was rashly taken away from his family by a fear-crazy police officer who failed to let empathy triumph over inherent racism and fear. In doing so, he left a gaping hole in the hearts of all who loved Castile, and the community that mourns him in Minnesota, and around the country. This verdict says that Yanez's life is more important. The life of a cop, who puts himself at risk everyday for his job is more important than the life of a civilian of color, who worked hard at his job in St. Paul public schools.

A speaker at the gathering in front of the St. Paul capitol building on June 16, 2017, declared that if any of us had been in the courtroom with her during the trial, there is no way we could support the verdict of Yanez's innocence. With a jury that was over 80% white and over 50% male, it would be hard to believe that the verdict was anything but racially motivated. The verdict was split 10-2, and though it can't be known who were the two that disagreed with the ludicrous decision, it could be that all ten white jurors voted for Yanez's innocence, and the two jurors of color for his guilt. This is extrapolating, but it is more likely than the court would like to admit.

The protest of the verdict and call for solidarity on Friday night was well organized, beginning with an hour of speeches, chants, emotional lamentations, and songs. Just before 9 pm, the march through the streets of St. Paul began. The crowd was composed of a variety of people, many of them white. However, many younger white people showed a lack of respect for the occasion by taking selfies, agitating the police when the crowd halted traffic on the expressway, and putting their hands in the air during the chant, "Hands up, don't shoot." Many of the press reporters were white, and they were told to leave by members of the crowd, since they pushed into the front of the assembly in order to get the scoop on what the mourning family of Philando Castile had to say. Two reporters were among the 18 people to be arrested on I-94 for their refusal to leave the highway. While many Facebook news followers were outraged at the arrest of the press for "doing their job" it is upsetting that this seeming "injustice" can take away from the true reason for the march.

By the time the arrests took place, the organizers had long gone to continue the march, through the residential streets of St. Paul. They warned that to remain on the highway would mean certain arrest and they encouraged the demonstrators to make their own decisions. Three empty city buses were parked on the expressway to take away those who were taken into custody. About half an hour before the arrests, a white man in the crowd began jumping up and down shouting "let's go!" and "F*ck the Police!" and "I'm ready," as if he were getting in his Friday night entertainment. His behavior made it clear that he didn't have much to lose in getting arrested, as many young white people don't, but his behavior also showed a disregard for the peaceful protest organized to stop police brutality and not to incite it.

Over all, the protest made a point, but the stab of injustice caused by the not guilty verdict of Yanez has left a gaping wound in those who loved Castile and the entire black community in the United States.This can only be remedied by a national effort and a changing of the laws that leave police officers unaccountable for their actions.

Nicole Marie Nigro
Individual Creator
9683
c1.staticflickr.com
Where to start...... Let me start with the cliche that life throws us curveballs and what we do with it is what counts.