Why Black Journalism Is Different
Odyssey

There have been multiple instances in my career where I've sought the advice of notable journalists—only to discover that their advice may not apply to my situation. 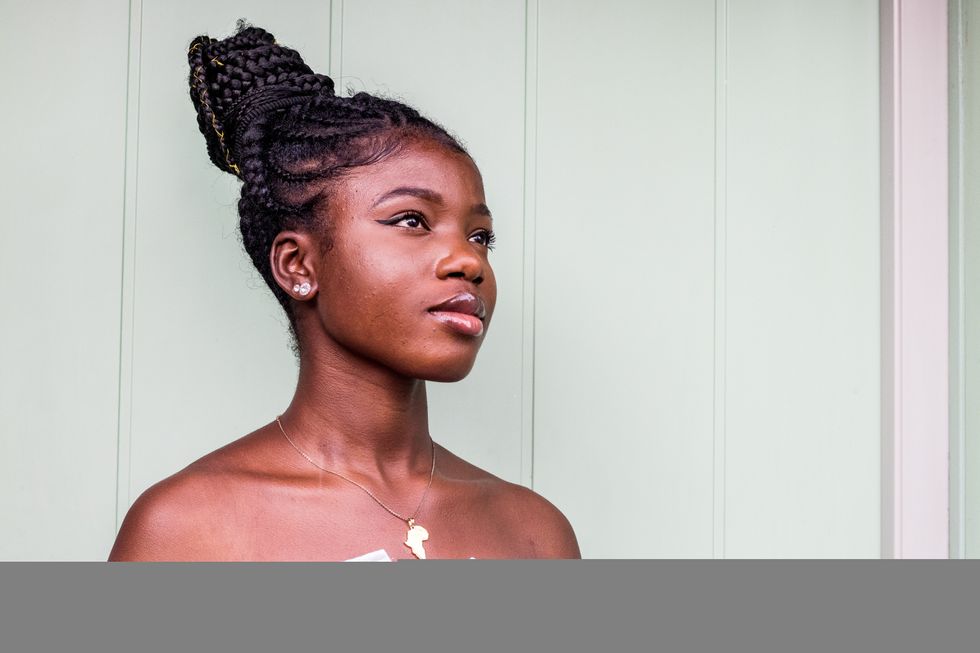 As I flew to Dallas for the 2017 National Student Press Association's convention, I no longer considered myself a convention news-bie. With a year's worth of an editor's experience under my belt, I knew which seminars would fit my particular niche of journalism. This meant that entering a design seminar was risky business, as it could very well end up becoming an hour wasted on "placing fun and cute Yearbook quotes!"

Don't get me wrong, I love the clean-cut authenticity of AP Style as much as the next aspiring journalist, which is why I wasn't interested in learning ways that I could get away with "craftily fabricating quotes to fit a page's theme".

I instead chose to dedicate my time to learning about mature reporting. After carefully perusing the schedule, I became drawn to a seminar titled "Reporting In The Age of Trump". My interest was further piqued once I saw the workplace credentials of the speaker. NPR. Those three letters, as bold and stark as the radio station's reputation itself, were enough to convince me of the speaker's credibility.

Racing to that two hour long seminar was one of the most rewarding things I've done to forward my education in journalism. That seminar transformed the way I felt about my passion for spreading truth,and induced a depth of pride in the value of my work that I'd only shallowly understood before.

Wade Goodwyn operated deftly without a powerpoint, simply sharing his knowledge for two hours straight, a time period only speckled by quick sips of water. I loved hearing that deep, chocolatey timbre tone, a trait incredibly iconic to NPR's airwaves, talk about the transforming role of media in politics, and describe how he'd been confronted with and dealt with adversity in his field.

While his career was focused on radio broadcast, he fascinated me with his methods of covering sensitive topics and having intelligent conversations with pundits that he didn't agree with. His references to Bob Woodward and the Watergate Scandal quickened my heart, not just for the seriousness of Nixon's crimes, but because of the bravery and skill journalists like Woodward and Goodwyn had to utilize in order to place themselves in uncomfortable situations in the name of quality journalism.

I left the seminar inspired, thinking I had a semblance of what it takes to reach Woodward-levels of courage. However, a journalist's courage is not a passive skill one acquires after listening to a two hour long talk. It's part of an education that advances through experience. I became determined to gain this characteristic, even if the challenges it presented would lead to me temporarily and detrimentally bind my racial identity to my dream career.

So the seminar posed a question. How could I, a high school journalist who had comfortably assimilated into the very environment she reports on, hone this admirable trait that's key to joining the ranks of courageous journalists such as Woodward or Goodwyn?

I found the perfect practice grounds during my coverage of local politics in the fall of my junior year. I started integrating Goodwyn's methods of discovery and controlling conversation depth into the way I interviewed and discussed controversial topics with my subjects.

It was easy to cover the District 50 State Representative debate. I'd contacted the officials early on, and was able to reserve a press seat. It was just another a comfortable gig in an environment where I didn't feel out of place, due to the amount of like minded people present. It was safe journalism.

However, when it came to covering election night, my growth as a journalist clashed with, and challenged my identity as a black-passing female.

Originally, the Editors in Chief never intended for our paper to cover the Republican and Democrats candidates' election night parties. But my insistence on reporting key events relevant to our local elections persuaded them otherwise.

I arrived in a black dress with my press pass hanging proudly around my neck, taking care so as not to accidentally demonstrate party affiliation. I was determined to cover my first political party with the same maturity and professionalism that Goodwyn pointed out were signs of an unbiased and objective journalist.

Standing outside, I held the school's camera in my hand, then calmly transferred it to around my neck. Through the windows of the venue, I could see several MAGA hats bobbing up and down, cheers erupting as the Republican candidate gained more votes. My only feeling was excitement. Excitement to interview people with different opinions than me, because it was always interesting to see what experiences had brought them to a certain conclusion.

Normally I would have never doubted myself heading into a political assignment. I felt that before, during my coverage of the State Representative debate, that my attempts at professionalism were effective, and that my search for the truth was unhindered by my race.

Was I naive to think that a press pass and a notepad would overlay my tan skin and Afrocentric curls?

Goodwyn addressed Woodward's courage through the lens of a white journalist reporting on a white man. However, when people looked at me, they'd see my dark skin before anything else. Even my press pass.

In that moment, it was at the forefront of my mind that if I wanted to pursue journalism as a career, it would require me to dive headfirst and courageously into uncomfortable situations in order to further my knowledge of the profession.

This thought had always been a requirement of the job I'd been comfortable with, but now that I was confronted with a circumstance that pertained to my racial identity, I felt the tingle of somebody about to jump off a cliff, not knowing whether jagged rocks or deep water lay below.

While I pondered the significance of me stepping into the Republican party as a young, female, African American journalist, I thought about how people inside would react to my presence.

Maybe they'd see my skin and youthful face, and view me as an immature, inflammatory, and liberal adversary, looking to produce yellow journalism to misrepresent views I disagreed with.

With her words of caution, the girl who had abandoned the assignment had uncovered the most imposing challenge to my experience-based education as a high school journalist.

It wasn't my race that was the issue, but rather the potential of being confronted with hostility, disregard, or disrespect in response to my appearance, despite my numerous attempts at maturity, objective reporting, and professionalism. It was that .05% of fear that she seeded in my mind that stopped me from marching into the venue like any fearless journalist would've done.

A minute before, I had felt like Jim Acosta strutting his way into the White House. But in that moment, I was reminded of how people see "black" as an affecting adjective to "journalist", believing that it biases my writing and destroys my journalistic credibility, rather than what it really is— another independent facet of my persona.

Perhaps Woodward felt a degree of fear, or doubt, during his coverage of Watergate. It's entirely possible, with a story many regard as the most impactful of that time. However, there's a key difference between being fearless and having the courage to overcome fear.

.Standing there in front of the door, I thought about what type of journalist I wanted to be: the type that beat around the bush and reported in safe environments, or a Woodward-ian Goodwyn, who looks at different perspectives with a critical eye, and pursues truthful journalism even when misjudged as a biased and inflammatory reporter due to uncontrollable factors.

So in my decision to step into the Republican candidate's party, I adapted the lessons set forth by Goodwyn, Woodward, and Time Magazine's 2018 People of The Year.

It does take courage for a journalist to objectively pursue the truth. Even if my coverage wasn't as risky as Jamal Khashoggi's, or the two Reuters' reporters from Myanmar, and even if the consequences felt weren't as severe as the Capital Gazette's, that step inside the party was a critical step for me against the challenge of learning painfully objective journalism despite the setbacks of being seen as an enemy due to my race.