'The Bachelorette' Week 12 Recap: Happily Ever After?

'The Bachelorette' Week 12 Recap: Happily Ever After?

And you thought you'd seen the last of my Ben. 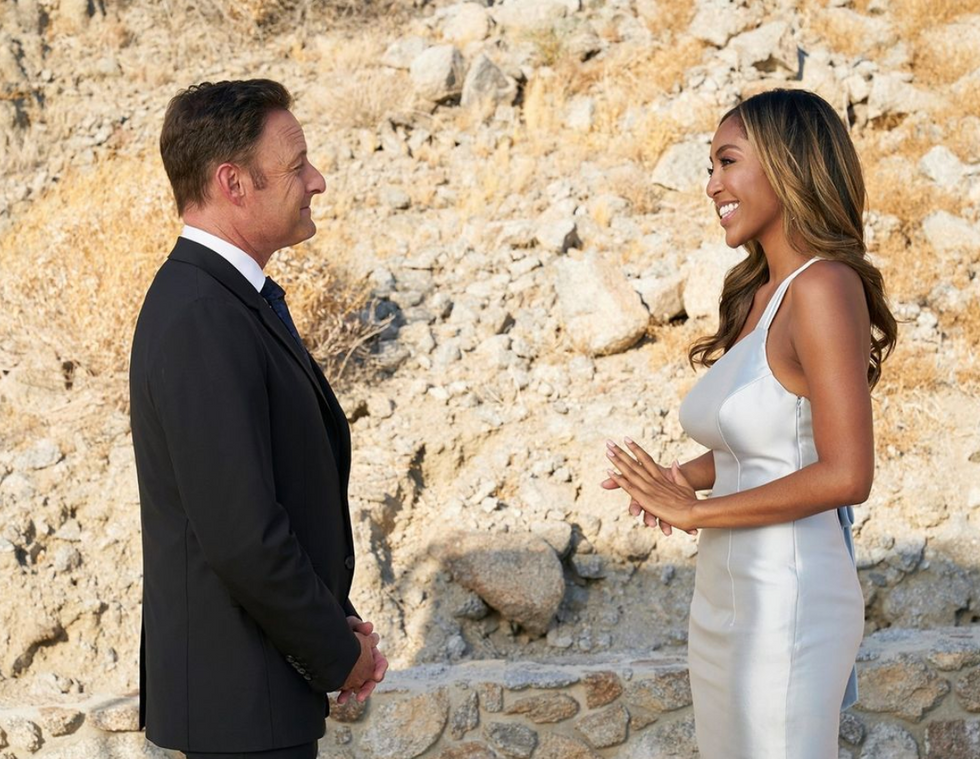 We've arrived, my final Bachelorette recap! Fantasy suites and the final week are packed and filled with things, so let's dive right in! If you need to refresh, check out my last article here.

So here's my thing: have we not learned from Bachelor Pilot Pete Weber's fantasy suite episode?

You don't let the remaining people live together during fantasy suite week! Typically everyone starts spending time apart hometown week, and there was definitely room on a literal resort to split everyone up, but I think because of the drama of last Bachelor's season, they're keeping everyone together, which is always so painful to watch and even worse for those left.

it proves true even here with these grown men as Ivan turns out to be the first person with a date this week. First, though, he has to suffer through the world's longest coldest kiss before he can get the chance to spend the night with her. They shook the entire time but broke the record. Then Ivan is offered to stay the night with Tayshia in what looks like a camper van? It's revealed that they don't sleep all night. Whether that implies that they did the deed or not, I'm not so sure they did. It sounds like they just talked all night, but I guess we'll never know.

Ivan really wants the other guys to think that they did, though, because it's super awkward when he gets back and he's very elusive as to what happened. A man never kisses and tells, especially on live television, but it was just palpably awkward. However, Zac is next, and Brendan seems more and more uncomfortable with the whole situation.

Also, if Tayshia stayed up all night, how is she rearing and ready to go on another date with a different guy the next day? Could never be me. I'm assuming they gave them a few days, but I don't know that for sure!

Anyway, it's Zac's turn. Yet again, another art date. They try to paint self-portraits and eventually paint with their bodies onto a canvas on the ground. They naturally get covered in paint and make out a LOT. At the end of the night, Zac gets a PROPER fantasy suite. Like, an actual super nice suite and NOT a camper van. Poor Ivan.

The next morning, these two are jumping, clearly well-rested, on their bed. Now, I think they did it but I just can't prove it, in the words of Taylor Swift and a popular TikTok sound. At this point, I'm believing that it will be Zac in the end, but the drama is yet to come.

It's Brendan's turn, and the poor kid is freaking out. It doesn't help that their date is looking at diamond jewelry with the homie Neil Lane, the franchise's ring guy. Practically the SECOND they sit down for their dinner after their date, Brendan sends HIMSELF home, citing that he doesn't actually think he's ready for marriage after all as his reason. Tayshia's understandably upset, claiming she thought it would be the two of them at the end of all this.

So it seems like Tayshia's final two are locked in.

Right before the rose ceremony, and I mean RIGHT before, Ben shows back up and finally professes his love for Tayshia! She seems like she didn't love that he did that at first, but then SHE kisses HIM after inviting him to the rose ceremony. So scandalous.

The rose ceremony arrives and guess what? She pulls IVAN aside! She claims that when they were talking, their beliefs on religion didn't align and for that reason, she's not picking him and sends him home. If you ask me, that's something you should let everyone know on night one, so Ivan definitely got shafted here. Poor guy.

So NOW Tayshia has her final two: Zac and Ben. They'll meet her families and then she'll decide who she picks in the end if she wants a proposal, and if she does, will the final man be ready to get down on one knee?

Again, family weeks are kind of boring, so I'll spare you the boredom.

It's not exactly clear who her family likes better. However, her dad comes to Tayshia's room and tells her not to make a mistake, not really citing anything specific at all. All it does is confuse her. Anyway, the final two dates are very sweet. Zac and Tayshia dance and it's adorable.

However, before it's time for Ben's date, Tayshia shows up at his suite. You all see where this is going now?

She breaks his heart again.

Her heart is full with Zac. She knows what she wants. Her sending him home didn't hurt me as bad as I thought it would. At this point, I loved these two together. I also knew that I didn't actually like Tayshia and Ben together, I just liked Ben in general. I believe Tayshia made the right decision.

Zac's proposal to Tayshia was probably the most romantic I've ever seen on the franchise.

After they spin around and put the ring on her finger, they get back into their fake taxi and walk away with cans dangling from the bumper and a Just Engaged sign on the back. The perfect end to a (perfect once Tayshia showed up) season.

Thanks, everyone for taking the trip with me! Tune into Matt James' season of 'The Bachelorette' in January, and Tayshia's season is available to watch on Hulu.

Thanks for staying and thanks for playing. Cristina out.