We need to stop treating marriages like business deals where the groom gets dowry in exchange for his willingness to marry and the bride gets a husband in exchange for dowry. 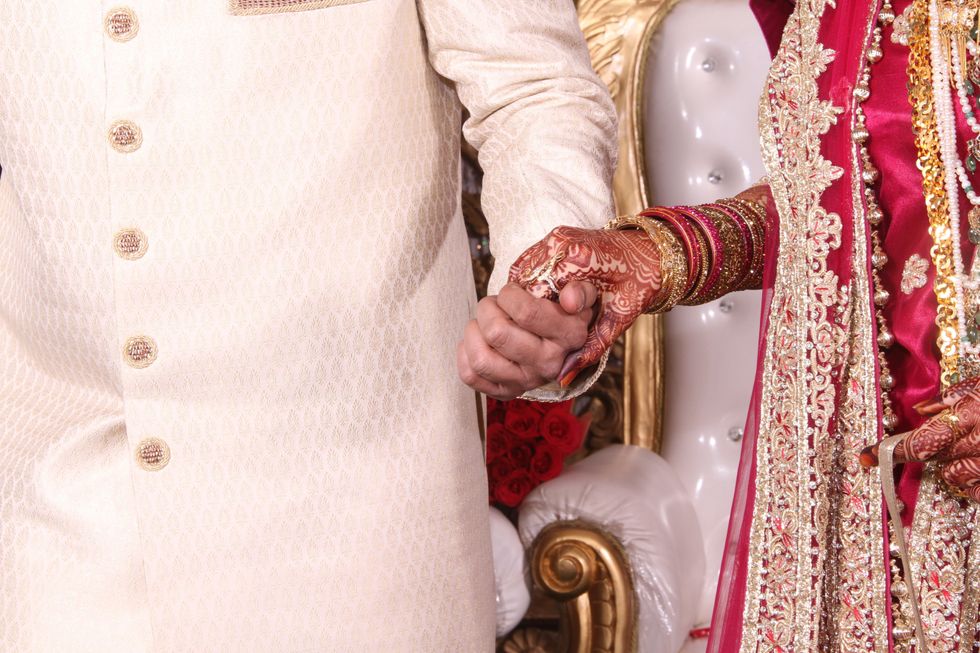 When I was thirteen years old, I spent my summer break at my cousin sister's place. She spilled steaming hot tea all over her thigh leaving a huge burn scar. The first thing my aunt said to her was "What would your future husband think about that scar? You should have been more careful." My cousin was just fourteen.

Growing up, we are made to believe that marriage is the most important thing in a woman's life and is going to be her biggest achievement. I thought it was hideous how we were made to believe this and pressurized to get married in fear of what society would think until I realized just how hideous the process of an arranged marriage itself is.

According to an IPSOS survey conducted in 2013, 74% of Indian marriages are arranged. Being the youngest sibling and cousin, I watched a lot of my older family members and relatives getting arranged marriages. Having spent most of my life in India, I have witnessed no other marriages than arranged marriages. It is funny to me how people have a checklist of superficial expectations like stereotypical beauty standards and unrealistic salary expectations. From publishing ads like "In search of a slim, tall, fair, very beautiful, homely girl who knows how to cook and sew" in the newspaper, the process of finding a groom or bride through an arranged marriage couldn't be more misogynistic and sexist.

Surrounded by all this, I penned down a poem in hope that we would stop treating marriages like business deals where the groom gets dowry in exchange for his willingness to marry and the bride gets a husband in exchange for dowry.

The glass bangles on her wrist jingled as she placed a plate of laddoos in front of the guests,

She wondered if this was the family that would finally pass her parents' tests.

"Oh! She is as fair as milk" the boy's mother exclaimed,

Her cheeks flushed to the color of scarlet under her dupatta as trained.

"He is too short" to her mother, he didn't appeal,

When no suitable match was found, the search was still profound.

"Hush," the girl's mother whispered "Don't tell them about the burn on the leg of the bride"

"What man will marry her once he finds?"

Another man arrived, tall, fair, and handsome- he was perfect,

Except that huge mole on his cheek which left him imperfect.

"The mole doesn't complement his face" to her aunt, he didn't appeal,

Still no luck in finding a groom,

Her father placed a matrimonial ad.

"Searching for a suitable groom, engineer or doctor, 25, fair, slim, vegetarian, no disabilities" the ad read,

The ad was published in multiple newspapers so that she could finally be wed.

Another boy arrived, but this time the tables turned,

"What? She can't cook?" the boy's mother was left concerned

"Oh, what a shame" to his parents' she didn't appeal,

When everything had been tried, a Jyotish was consulted,

Vastu remedies for delay in marriage he suggested.

"Fast for sixteen consecutive days, the kitchen shouldn't be in the southwest."

Yet another boy arrived, tall, fair, slim, no moles- he seemed the best,

With everything from their checklist of expectations checked, everyone seemed to be impressed.

"But his earnings are so less," her father was left depressed.

To nobody he appealed,

The number of grooms decreased as her age increased,

The girl walked in with a plate of laddoos, but this time from the southeast.

Thankfully the burn on her leg went unnoticed.

Double the dowry was demanded,

Her father's savings made sure the groom's family didn't leave empty-handed,

The girl's mother approved the boy, so did her mother's mother,

And her uncle, his wife, and their daughter

Even to the distant relatives, he appealed,

The deal was finally sealed.

weddings
Report this Content
This article has not been reviewed by Odyssey HQ and solely reflects the ideas and opinions of the creator.