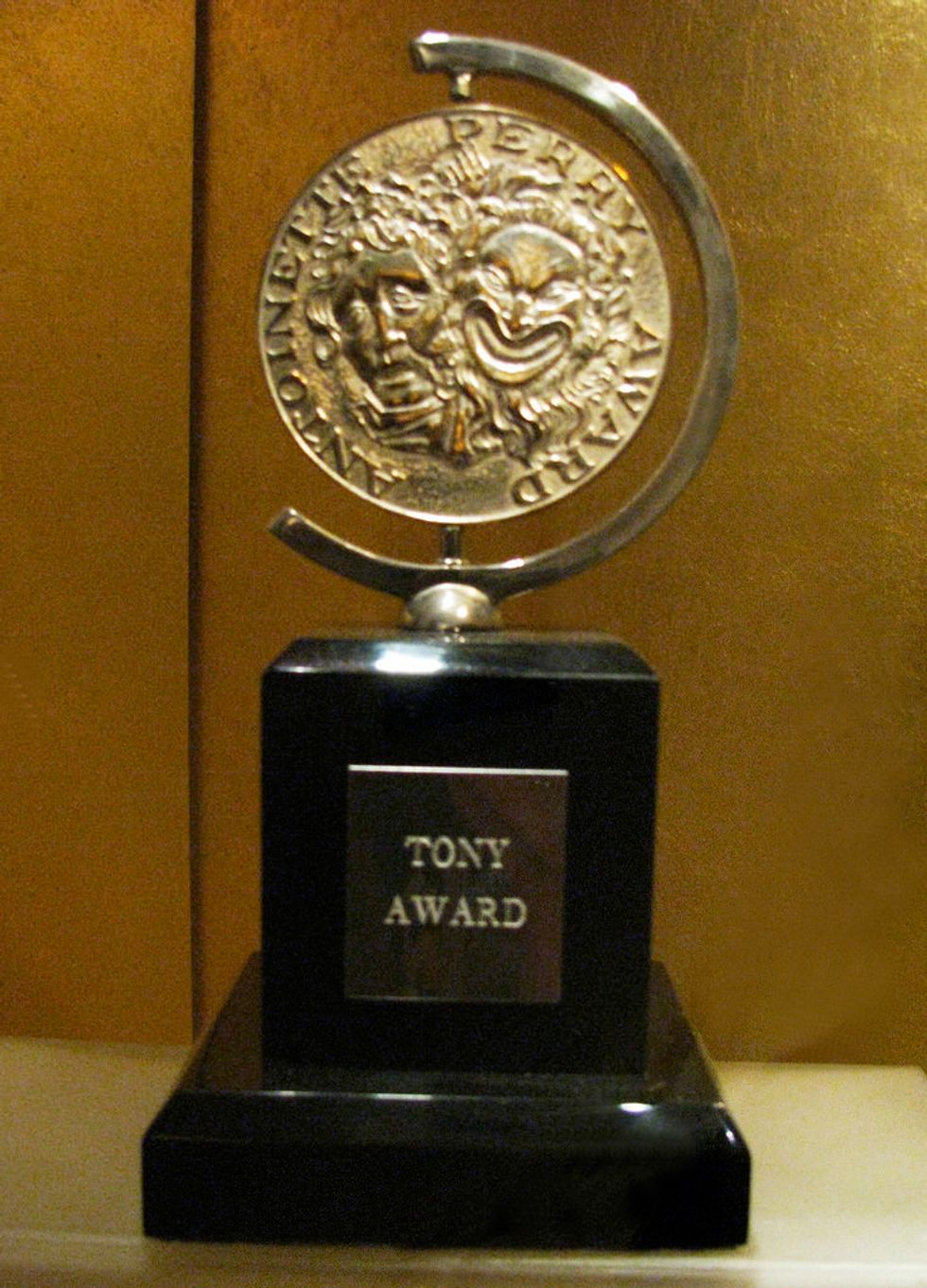 With Sunday night's "Tony Awards" ending the 2017-2018 season, and as many theatergoers buy tickets for ridiculous prices due to Tony inflation, it's safe to say that I had a great theatre experience. Sure, I misguessed a handful of the awards this year (21 correct out of 26, which is rare for me). This year had great shows--from a singing kitchen sponge to opera singers and peasant girls to Harry Potter making his Broadway debut in a spectacle for the eyes (#keepthesecrets). But only one show wins the Jay Silver Award for best production. And the show should not come as a surprise to those who know me best.

The award goes to a moving production. A production so powerful that I walked out of it stunned, blown away, and overall mesmerized by the sheer quality of performance. A show with talented veterans of the stage playing ruthless and dying men, drug addicts and others, beautiful staging, and the most incredible set of wings to ever set a stage. I don't think it takes a prophet to realize which show this is. If you haven't figured it out, the best production is not a musical but rather an emotionally difficult, exceptionally well done, and overall real thriller of a play; and that play is "Angels in America: A Gay Fantasia of National Themes."

This may come as a shock as many of you know I am a huge fan of musicals. Seeing the critically acclaimed, "The Bands Visit," "Harry Potter and the Cursed Child Parts I & II," both had me speechless; laughing along to "Spongebob Squarepants" and being mesmerized by "My Fair Lady" and "Farinelli and the King." But it was "Angels" that truly brought me to tears during parts of the show.

"Angels in America" is an eight-hour masterpiece written by Tony Kushner that was brought back to Broadway for the 25th anniversary of the work. Don't let the eight hours fool you; in fact, the play is divided into two ("Millenium Approaches" and "Perestroika"). Each part includes two intermissions and the time flies (figuratively and literally). The play focuses around Prior Walter (played by Tony-winner, Andrew Garfield) who struggles with AIDS in the eighties, his future as a man, and the separation between him and his lover. At the same time, the devil himself takes the form of the former McCarthian lawyer responsible for the execution of Julian and Ethel Rosenberg, future President Trump's mentor and overall jerk Roy Cohn (played by longtime idol and Tony-winner, Nathan Lane) who also contracted the virus. This year, the production won three Tony Awards including Best Leading Actor for Garfield, Best Supporting Actor for Lane and Best Revival of a Play.

The staging was sheer brilliance. It was simple. Just a set of rotating platforms for "Millenium" and a bare stage for "Perestroika." And many of the actors play dual parts (except for Garfield), making it even more interesting. Yet the most powerful moment for me was the arrival of the angel. I cannot really explain the angel herself because that'll ruin part of the sheer brilliance of this piece. But believe me, when it comes, you will be blown away.

But why this show? Why does this show about being gay in the 1980s and communism bring joy over tapdancing squids? The truth is that the show makes you think. It makes oneself lucky to be alive. It makes one happy and appreciative of the life we live. And it makes us reflect on who we are. As an ally to LGBTQ+ students at Marist and across my friends home, abroad, and close, I never really thought about what it meant to be someone of a different orientation until this show. I never fully understood the struggle to be gay or to contract such a deadly virus. I never knew what it was like to be judged at such a critical time. This play opened my eyes to what a time it was. Even my friend who I saw the work with, a student who is in the LGBTQ+ community as an example and activist, said the same thing: a powerful production indeed.

So if you get a chance to see this work: see it. If you cannot, I suggest reading the script: it will be just as powerful. But this show is an eye-opener and one that will be a testament of time for years to come.

Greetings Prophet: The Great Work Begins! The Messenger has Arrived