An Analysis Of The Worst Decision Made By The Writers Behind 'Rogue One: A Star Wars' Story
Odyssey

An Analysis Of The Worst Decision Made By The Writers Behind 'Rogue One: A Star Wars' Story

A short, short time ago in an Uncanny Valley far, far away. 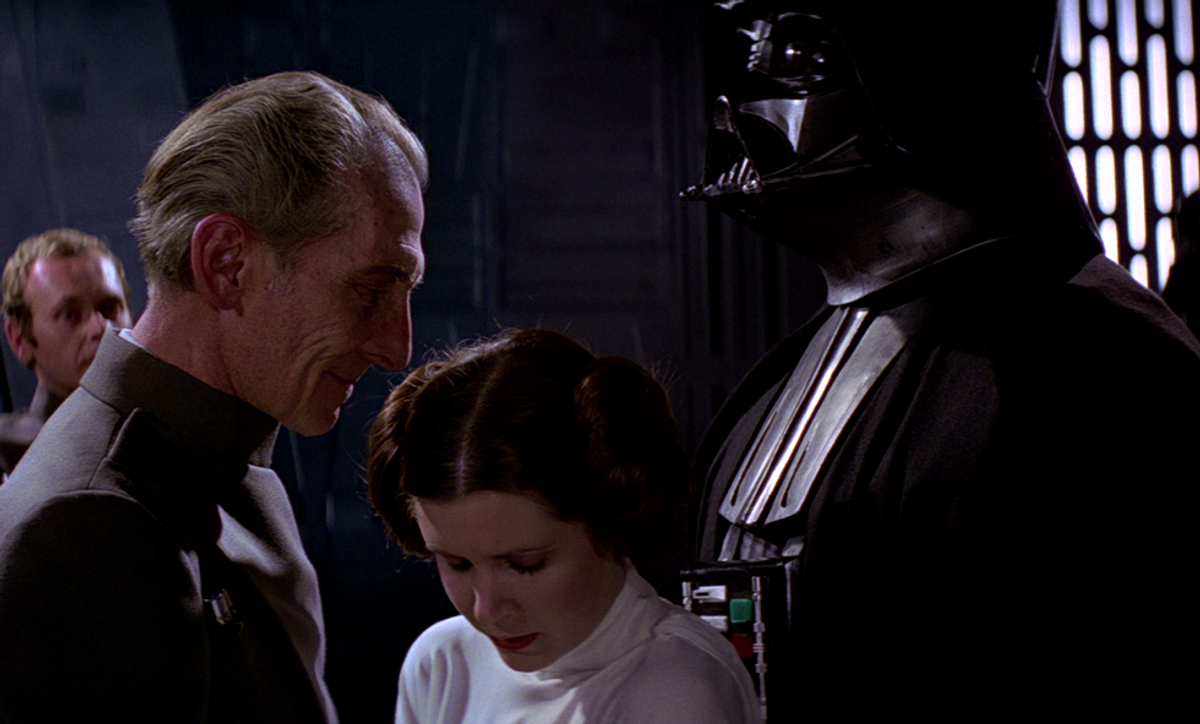 If you’ve been living under a rock in a galaxy far, far away since 1977 and Rogue One is the first time you’ve been made aware of Star Wars as a franchise, the first of the so-called Star Wars stories is an above-average film. If, as with myself and so many other fans the use of the words “Star Wars” and “prequel” in the same sentence triggers an instinctive gag reflex, Rogue One is a great film which inspires a tremendous amount of confidence that the House of Ideas knows what to do with its $4 billion property going forward. This article isn’t meant to be a review; there are plenty of those circulating around the wider Internet written by critics of much higher esteem than myself. However, I feel it’s necessary to say that I thought Rogue One was excellent because I’m going to use the rest of this article to be critical of the film’s greatest failing (and also discuss a few major spoilers, you’ve been warned.) Just remember in spite of all the negativity which follows I do recommend Rogue One, for whatever my opinion as a fan and exceedingly amateur critic is worth.

For those unfamiliar with the premise of Rogue One, the lion’s share of the narrative is set literally days before the events of the Episode IV: A New Hope, and is concerned with how the plans for the Empire’s superweapon the Death Star came to be in the possession of Princess Leia of the Rebel Alliance.

The obvious problem Disney et al were going to encounter when trying to produce a film in 2016 which serves as an immediate prequel to a film four decades old? Certain characters who are integral parts of Episode VI’s narrative almost have to appear in any story which ostensibly occurs in such close proximity to the timeline of the original film, but it’s not always feasible to have characters who originated in a 40 year old film appear on screen today and look identical to their younger selves. Let’s take a look at this scene set aboard the Death Star which is set mere days or possibly even hours after the events of Rogue One, wherein Grand Moff Tarkin and Darth Vader of the Empire threaten the destruction of the planet Alderaan unless Princess Leia reveals to them the location of the Rebel Alliance’s secret base.

Here’s what you should be asking yourself while you watch: If, for narrative reasons, all three of this scene's major characters (Leia, Vader and Tarkin) have to make an appearance in a movie set at the same time but made forty years later, which will give the filmmakers the most problems?

Darth Vader is the easiest to recreate with the greatest verisimilitude, since any bodybuilder can wear the suit and James Earl Jones is (thankfully) still with us and able to endow the Lord of the Sith with his iconic bass tones and gravitas regardless of his advanced age. Princess Leia/Carrie Fisher is also still alive, and actually reprised her role in 2015’s Star Wars VII: The Force Awakens. However, that movie takes place within the “proper” Star Wars chronology and continued moving forward in time, rather than taking an enormous non- chronological leap backward as is the case with Rogue One. To simplify the point, it makes much more sense for the filmmakers, logistically, for Carrie Fisher to be playing Leia in her late fifties to early sixties than it would be to try and make her look forty years younger in order to play the role of Princess Leia as she appeared in first film of the series. Then there’s Admiral Tarkin, played by the late, great Peter Cushing, who passed away in 1990. In both of the latter cases, director Gareth Edwards and his team decided that in order to have something that resembled 1977 versions of Carrie Fisher and Peter Cushing in their movie, they would turn to computer generated imagery…which doesn’t work at all. Even in a galaxy far, far away, there’s no escaping the uncanny valley. The image below is the best I could find of Tarkin in the film, and even it fails to capture just how creepy and unrealistic this digital copy of the Grand Moff is: just try and imagine this cartoon character moving, speaking and reacting to the actions of real, flesh and blood actors as if it's also a real person.

With the proliferation of visual effects, video games and robotics in the last decade, I feel as though the concept of the uncanny valley has become a widely-disseminated household phrase which most people have at least heard, if not understand. In a nutshell, human beings have evolved to be very, very good at identifying other humans, but when some…thing comes along that looks very much, but not exactly, like a human, it tends to foment feelings of unease or revulsion. A term which originated in robotics has spread to the realm of computer generated imagery, as computer technology is now able to render just about anything an artist can conceive of and put it up on screen for an audience’s viewing pleasure, but we just can’t seem to get faces right yet. That’s fine in characters like the Lord of the Ring’s Gollum or the anthropomorphized apes from the rebooted Planet of the Apes films, because these characters aren’t 100% human in their appearance.

To be fair to Disney there wasn’t a really fantastic option for the film with regard to how Tarkin and Leia should appear: recasting either character as they did for Tarkin’s brief, non-speaking cameo at the end of Episode III: Revenge of the Sith wouldn’t have worked because they needed Tarkin to look identical to Peter Cushing in the late seventies for the reasons enumerated above, and leaving them out would have been considering a plot hole considering the prominent role of both characters in the story immediately ensuing after this one. If anything, the fact that we’re definitely going to get more non-chronological “anthology” films like Rogue One in the future means there will be more opportunities for Disney or other filmmakers to push computer generated imaging technology forward, so the next time we see Tarkin, or Obi-Wan Kenobi as played by Alec Guiness, or another character from the early days of the franchise, they’ll be able to pass for human rather than a zombie-eyed simulacra who will haunt you for the rest of the day after seeing the movie. Peter Cushing as Tarkin was haunting, but reviving him, and Princess Leia, this way was haunting for an entirely different, and off-putting, reason.

Glorie Martinez
3654
Why I Write On Odyssey