I know exactly what you're going through. Here's my deferral story. 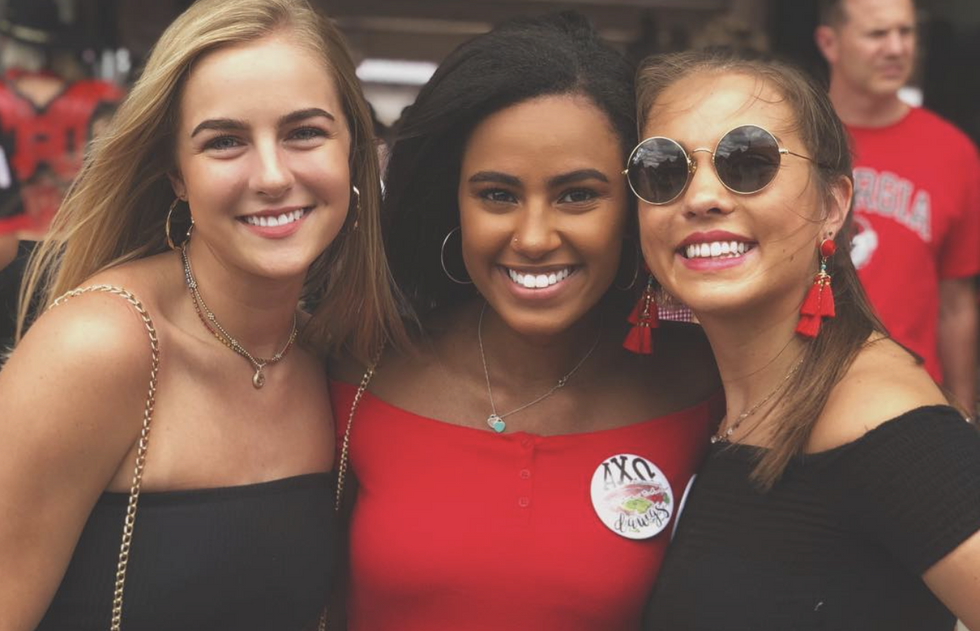 Senior year of high school is a crazy one, and no one can deny that. It goes by so quickly and can feel like an emotional rollercoaster. The scariest part of senior year, arguably, is applying to college. When I started applying to colleges, the biggest debate I had with myself was deciding on whether or not to apply as an early applicant. Applying as an early applicant can be tricky. You could either be denied completely, accepted, or deferred ( also known as college applicant limbo). I can remember talking to my high school counselor about applying to the University of Georgia and weighing the pros and cons of applying early. Ultimately, I decided to apply early. Why not? You can at least get your foot in the door and know sooner rather than later if you can attend the school you applied to. Worst case scenario, you could be denied. Best case scenario of course, is getting accepted. Third option, deferral, is what I received after applying early.

When I found out I was deferred, I was pretty upset. It's hard on your ego to see the celebratory Instagram or snapchat posts with those fireworks popping up on the computer screen. No matter how happy I was for my friends, it was still rough because I wanted so badly to see those fireworks too. But I didn't give up hope on getting into UGA, and if you've been deferred you shouldn't either. The most important thing to remember is that you're going to be ok. It may seem like you'll never get in, or that you're not good enough, but that's just not true. Some people look at a deferral the same way they look at a denial, but that is not a good mindset. A deferral does not mean you are good enough, it just means they wanna take a second look. Don't count yourself out yet. Know that there is always room for improvement.

After my deferral, I decided to take action and improve my application as much as possible. I retook both my ACT and SAT, and surprisingly, my scores improved tremendously from the first few times. In total I took the ACT twice, and the SAT three times. Although it was a pain, I decided that if I really wanted to get into my dream school, I was going to have to go the distance. Luckily, my hard work paid off. At UGA, there are three admission dates. Early action is in November, the second is in February, and the last date is usually around the middle of March. I was accepted on the admission date in February. First off, I hadn't a clue that there even was an admission date in February. The February admission date releases only acceptances and follows the same criteria as the November applicants. On the November date, about 8,000 students are given acceptances, compared to the only 2,000 students in February. I was the only student at my school who got accepted in February. The admission releases were given out Friday, and I didn't even know I got accepted until that Monday at school. I was checking my emails when I saw one from UGA titled "Your UGA MYID is Ready." I was so confused. I asked my friends if they had gotten the email and if they knew what it meant. One of my friends who had been accepted in November got so excited and said "You only get that email if you've been accepted!" I scrambled to the admissions website, reentered my password about three times because of how badly my hands were shaking, and eventually, saw the fireworks.

As dramatic as it sounds, I cried tears of joy. I couldn't believe it. Everything I had worked for was worth it. So, if you have been deferred. Don't give up. If you really want to see those fireworks, work for it. I'm not saying that you are guaranteed to be accepted if you follow my example, but your chances can be improved if you display that you tried to become better. If you see any area that can be changed, why wouldn't you better your chances?

Remember: You are capable. You can do this. Chase those fireworks.