8 Winter Solstice Traditions Around the World

Time moves forward, even during times of hardship. 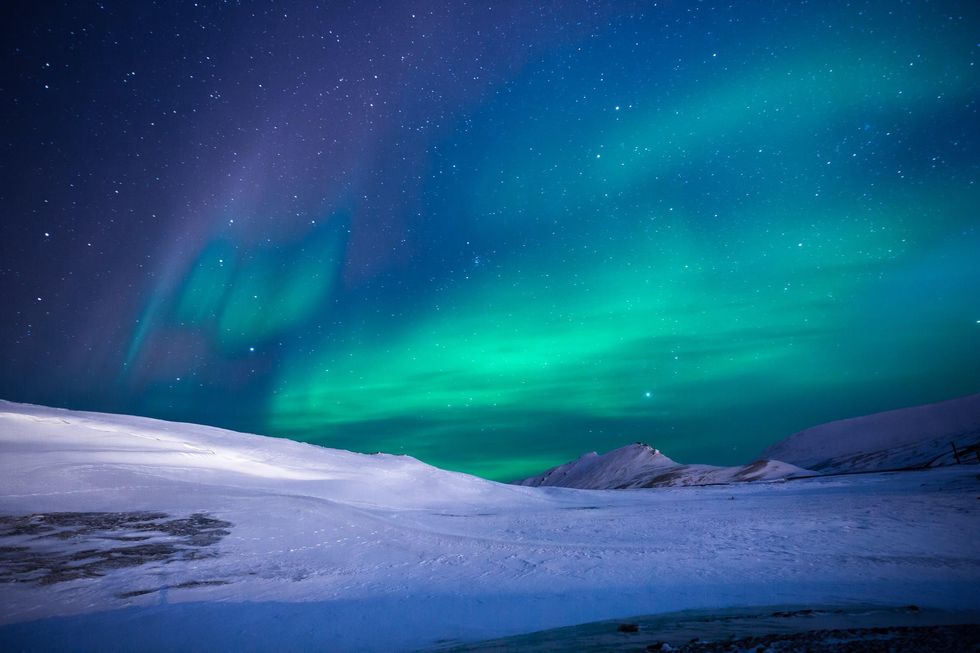 It is safe to say that 2020 has not been the year any of us envisioned. This is even more so due to inabilities to travel and have gatherings with other people. Throughout these nine months, we've had to be conscious of our health and our actions 24/7. Even so, there is one thing that remained the same–nature. And especially with 2020 coming to a close, it is time for winter to begin its phase (or summer if you're in the Southern Hemisphere, but that's a different story).

December 21st* marks the beginning of winter solstice in the Northern Hemisphere and is the longest night of the year. In tribute of that, here are 8 winter solstice traditions around the globe. They may look different this year, but this list is for the future, for when you can travel internationally and experience the magic of these traditions for yourself. Still, hop on the virtual plane, buckle your imaginary seatbelts, and let's go!

Dongzhi means "the arrival of winter" in Chinese. Customs are different from region to region, but it is generally a day of spending time with family and paying respects to ancestors. People visit the tombs of ancestors and offer food to their ancestors' spirits. In Chinese medicine, there is the belief in the Yang energy theory, which helps people stay healthy and warm. Therefore, dishes that contain "yang" herbs such as garlic, ginger, and cassia are considered good for adapting to the winter. On that day, families consume foods like dumplings (eaten in Northern China), tangyuan (eaten in Southern China + Taiwan), and nine-layer cakes (eaten in Taiwan).

Celebrated in Iran and by Iranians around the world, Yaldā Night, also known as Chelleh Night, is a tradition that celebrates the longest night of the year. On the Persian calendar, this is the last day of the month Azar. The word Yaldā means birth in Syriac, and Yaldā Eve commemorates the birth of the Persian goddess of light, Mithra. It is a tradition that dates back millennia, with the belief that evil forces are most powerful on the longest night, but light triumphs darkness in the end.

On Yaldā Night, families get together to eat, pray, read, and stay up all night long. Iranians eat fruit like watermelons and pomegranates, because of the belief that eating fruit will prevent illness during winter. Pomegranates symbolize life and rebirth and are placed at the top of the fruit basket.

Now flipping to the other side of the world, the Hopi, Pueblo, and Zuni tribes in Northern Arizona hold the Soyal Solstice Ceremony (Indigenous name: Soyalangwul) over the course of 16 days. Leading up to the winter solstice, there are prayers, rituals, and ceremonies hosted by the tribes. The belief is that the sun has drifted away from them, but it will eventually return and renew the cycle of life.

There are also Kachina spirits that represent different elements and have the power to protect people in the community. In ceremonies, they are represented as dolls through costumes. Kachina dances are performed on the last day of the festival, alongside a feast to top it all off.

Since 1993, the British city of Brighton has held an event called Burning the Clocks every winter solstice. Clocks are used as symbols for the event, but clocks are not literally burned. Rather, there is a lantern parade that stretches from New Road to Madeira Drive. Madeira Drive is at the seashore, and the event continues there with a bonfire, live music, and fireworks. Burning the Clocks is an event that calls for reflection and looking forward to the new year.

Towards winter solstice, the town of Penzance in Cornwall holds the Montol Festival. It started being held in 2007 as a way to revive Cornish traditions. The event lasts for about a week, with activities such as storytelling, plays, and shopping. Many people wear costumes and masks while attending the event.

The first day of winter marks the main event of the festival. On that day, there will be plenty of things to witness, such as fire displays, processions, and dancing. The Montol Festival holds a highly anticipated event called Chalking the Mock, which is when the Cornish Yule log burns, followed by one last session of dancing.

St. Lucia's Day (or St. Lucy's Day) honors a martyr named St. Lucia, whom the Romans assassinated due to her religious beliefs. Observed on December 13th, it kicks off the beginning of the Christmas season. During that time, the St. Lucia designee in each town host a procession, with girls and boys singing songs while dressed in white. As a hair accessory, girls wear wreaths with lit candles, which is a symbol of this holiday. In households, the oldest daughter serves traditional food like coffee, ginger biscuits, and saffron bread for her family and guests.

Dongji commemorates the longest night of the year and means "the extreme of winter". It is also called the Little New Year (Ahse or Jakeun Sol). A way that some Koreans spend the day is by eating Patjuk (red bean porridge). It is believed that those who eat it age a year and scare the demons away. Calendars are also exchanged as gifts.

In Korea, warm weather on winter solstice signals an unlucky year, while cold weather signals a year of agricultural prosperity. Dongji can be celebrated at home. Or if you're in Seoul, you can go to the National Folk Museum, Namsangol Hanok Village, or the Korean Folk Village to witness some festivities.

In Japan, winter solstice means recognizing more daylight will come and spring will eventually arrive. Based on the Yin and Yang philosophy, Yin represents cold and darkness, while Yang represents warmth and light. Therefore, Yin will start to become weak after the winter solstice, and Yang will come back once again, followed by the arrival of spring.

On this day, there are plenty of traditions that are practiced in Japan. People take Yuzuyu baths with the yuzu fruit to shy away illness and bad spirits, and visit an Onsen (hot spring) for relaxation. A type of squash called Kabocha and vegetables such as nin-jin (carrots), daikon radish, and ren-kon (lotus roots) are consumed and utilized in recipes. And if you want to witness a festival, you can go to Saitama City to witness Tojisai, where you can participate in a ceremony hosted by the Issan Shrine.