8 Truly Obnoxious Side Effects of Wearing Glasses
Odyssey
CurrentlySwoonLifestyleHealth & WellnessStudent LifeContent InspirationEntertainmentPolitics and ActivismSportsAdulting
About usAdvertiseTermsPrivacyDMCAContact us
® 2023 ODYSSEY
Welcome back
Sign in to comment to your favorite stories, participate in your community and interact with your friends
or
LOG IN WITH FACEBOOK
No account? Create one
Start writing a post
Lifestyle

Whether they're quirky or dorky, they're a constant pain 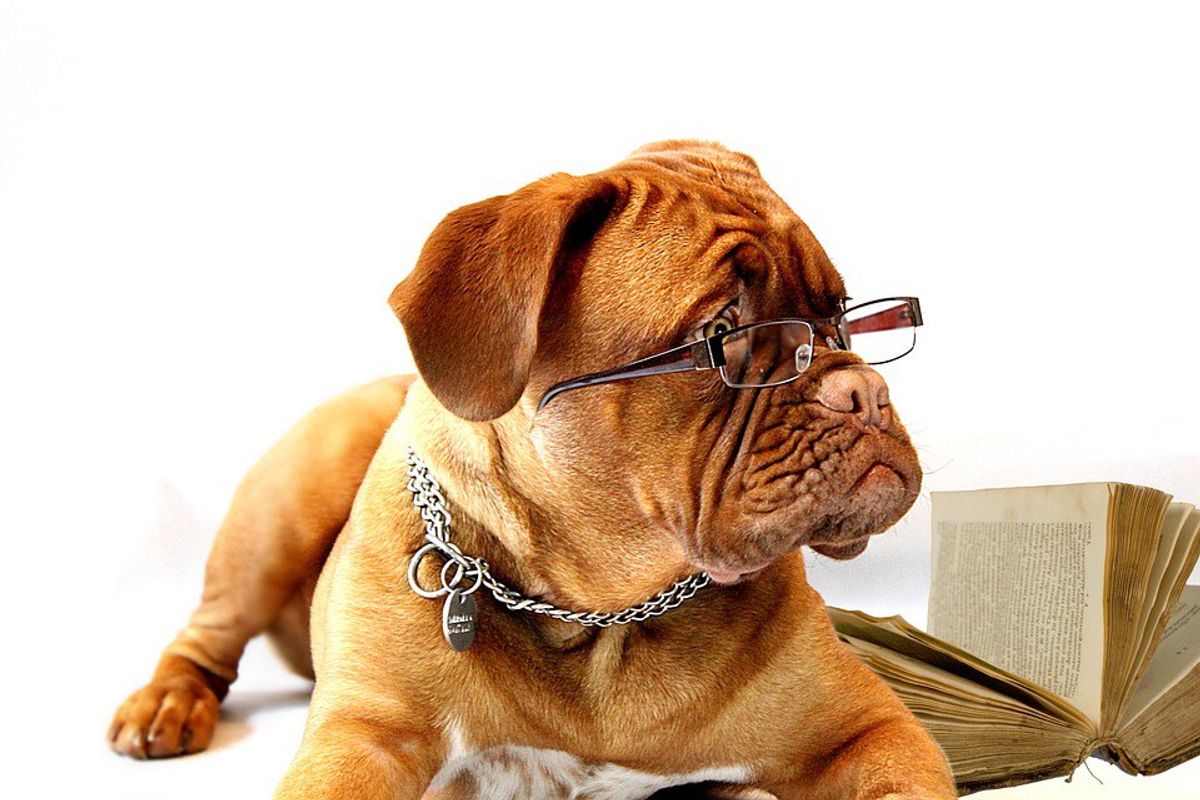 They can be cute, they can be dorky, and they are quite often a pain. As a wearer of glasses for ten years now, I have experienced many frustrations that come with them. I reached out to other people who sport glasses to compile this list of the most obnoxious things we have to deal with on a regular basis.

After a period of time, your glasses can become loose. The solution generally is to screw them tighter, but if you don't get around to doing that (like me), any time your head even tilts downward, they start to go. Even if they are tight enough, there's still a good chance they could take a tumble (mine have flown off my face while dancing on rare occasions). Or people could just knock them off if they’re careless about their flailing limbs. If you decide to strap them to your head then you look kind of weird. Also, I’m generally pretty concerned about their attachment to my face if I go on a carnival ride, and you can catch me clutching them nervously. Have fun with exercise, sports, and getting frisky.

Yes, they do ask to try them on or simply snatch them off you (“wow, you’re so blind!”). Yes, some folks do ask how many fingers they're holding up. It's been done a thousand times. It's tiring. Glasses aren't that profound.

3. The obvious- not being able to see well!

This seems like a given, and not for no reason! It's always a problem. Especially when you've misplaced your glasses, but you need glasses to see where your glasses are. Catch 22 much? Or if it's raining, the lenses keep getting blurred. Or if you're in a situation where maybe you elect not to wear your glasses, like performing in a show or a sport, but that also compromises your ability to get around, depending on what kind of bad vision you have.

Oh, how it glares. Want to protect yourself from its powerful rays? Good luck. You either have to shell out hundreds of dollars to invest in a prescription pair (and then annoy yourself switching them back and forth), or you have your one pair made as transition lenses, which A) are expensive too, and B) don’t totally work well all the time and also look kinda…not good. Meanwhile normal people can grab a pair for a couple of bucks. They just don’t know how good they’ve got it.

For several reasons. One, you have to take glasses off to apply makeup. But once they're off, you can't see that well, and you really need to see what you're doing when it comes to finer makeup like eyeliner and lipstick. It’s not hard to end up a sloppy mess with poor vision. And you can only get so close to a mirror before your makeup tubes and whatnot start hitting the glass (I have knocked down my floor length mirror a couple of times this way, but to be fair it wasn’t very secured). Either way, you can never properly see what you're doing.

Two, after all the struggle of making yourself up, you slap the glasses on and the makeup is hard to see. Nobody can appreciate the work you've done because it's hiding behind those big frames and lenses. Unless you choose to not wear glasses and show off your makeup, in which case, you are also blind, unless you are among the lucky few comfortable wearing contacts.

Three, the likelihood is also that your makeup will smudge onto your lenses. Any makeup on your nose gets messed up, and forget fake eyelashes and mascara. You'll get splotches and constantly be wiping them off, not that they cooperate in being wiped off.

6. When other people wear them as a fashionable accessory.

Granted, I don’t have such a huge problem with this – honestly I’d probably do it if I didn’t have to wear prescription lenses, but it can be annoying. I have to wear these all the time just to be able to see things, while other people can switch frames up according to their outfit of the day without any of the accompanying frustrations. I only wish I had that luxury!

It's harder than you think. Different frames and colors suit different face shapes and skin tones. And most stores don't have that great of a selection if you're trying to be stylish. Personally, I cannot rock rectangles, frameless, or circles (i.e. The Harry Potter ones). I find that I look better in big glasses in a sort of roundish shape, usually in brown or a dark shade of a more vibrant color.

The pair I currently sport was actually supposed to be sunglasses, but the store was kind enough to do some extra work and fix some regular lenses to these big frames. My previous pair was a bold red and became one of my trademarks, but unfortunately they did repeatedly break (which is also expensive to fix even with insurance!), so now they're packed away. Bonus, when trying on frames, you can’t actually see how you look (‘cause, you know, the lenses are not your prescription), so you have to photograph yourself in every pair to make judgment.

Especially professionally (school pictures, permit or license, passport, etc.). The lights always glint in your lenses and ruin your appearance. Most people elect to remove them for the picture. I however am not a fan of the way my face looks without glasses, so I always argue with the photographers to let me keep them on, but in the end the problem is never solved, and the pictures come out poorly.

- when you have to peek through the eyehole on a camera

- fogging up with temperature changes or hot drinks

- wearing costumes (none of my Halloween costumes were supposed to include glasses, but then again, I would trip and stumble like an idiot without them, so I have to give up some authenticity)