6 Things I've Learned From A Social And A Service
Odyssey
CurrentlySwoonLifestyleHealth & WellnessStudent LifeContent InspirationEntertainmentPolitics and ActivismSportsAdulting
About usAdvertiseTermsPrivacyDMCAContact us
® 2023 ODYSSEY
Welcome back
Sign in to comment to your favorite stories, participate in your community and interact with your friends
or
LOG IN WITH FACEBOOK
No account? Create one
Start writing a post
Student Life

6 Things I've Learned From A Social And A Service

Because even though their purposes may be different, there's still so much that's the same 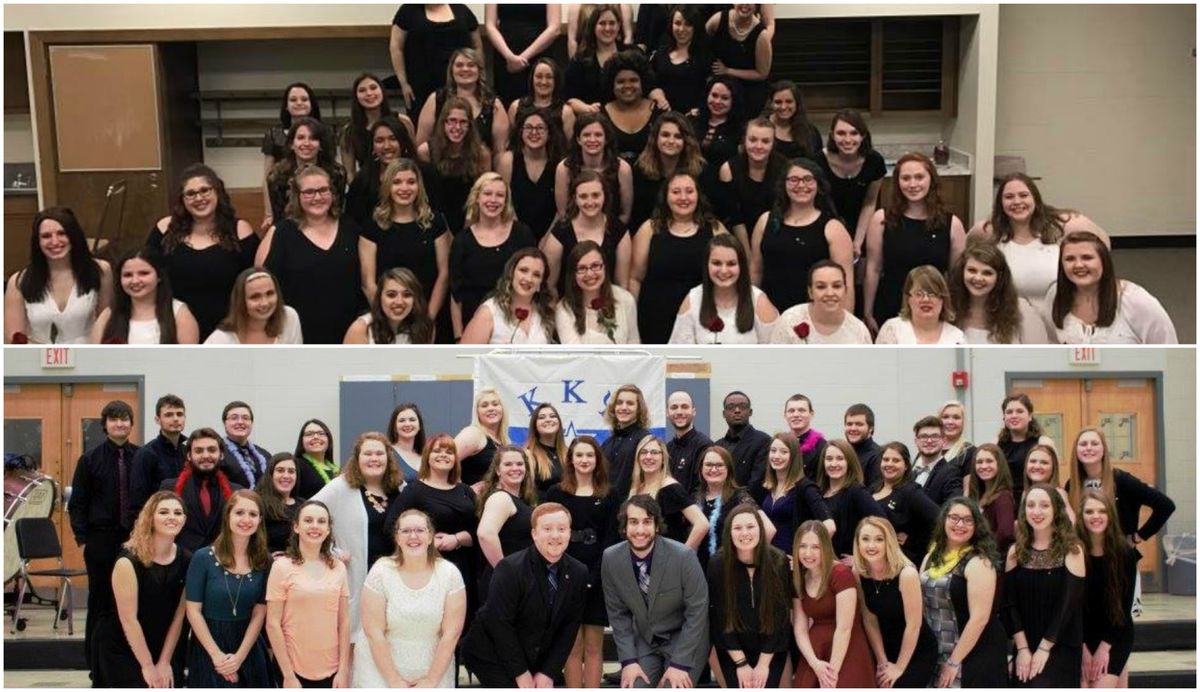 On a random day the summer after my freshman year of college, my dad and I were discussing how school had gone and what I wanted to do with my next year. Somehow we got onto the topic of Greek life and, surprisingly enough, my dad suggested I rush. He told me he could see me doing well in a sorority and that'd I'd probably enjoy it. Apparently, I'm so good at taking his advice that I ended up in a social sorority as well as a service fraternity. Despite the fact that the two organizations are vastly different, there's a lot that I've learned from being in both and here are what I feel like the 6 most important things are.

Okay, so this isn't something inherently related to being in Greek life, but it's definitely something this experience has forced me to get really good at. A lot of events end up overlapping and it's not exactly easy to tell someone "no" when you want to be everywhere at once. Kappa and Phi Sig have really taught me that it is 100% okay to not do everything. Everyone understands that just because I'm not at EVERY sister- or brotherhood event doesn't mean I don't care about the organization, it just means I'm busy.

2. Crafting/sewing/literally all the art skills

I am by no means an artist (my sister got all the art skills; I just write). I'm also not the greatest at sewing things either. Greek life doesn't give me a choice, though, when it comes to doing these things anyway. In the past year, I've gotten to the point where canvases are actually fun to make and I can basic stitch letters onto a shirt in less than an hour. All in all, I've had the chance to improve my crafting skills immensely and even though making paddles might not be a skill I need to retain, I'll definitely be able to hem my own pants better now.

3. The importance of service

At face value, that statement makes it seem like I never cared about service to others before joining, but the truth is, I just wasn't great at taking the initiative before. I'm not always one to go out of my way to find opportunities, nor am I one to take any steps forward when it might involve interacting with people I don't know. These organizations have shown me just how easy it is to get involved and also taught me to prioritize service when I can. Helping others, be it the band, the community or just another member, is something we all should strive to do more often than we're used to.

4. You're not always going to like who you work with

Don't get me wrong: I love my brothers and my sisters. If I didn't, I wouldn't have joined these groups. But this is a fact of life. Even when you put people together who have something major in common, there's still going to be people you don't care for as much as others. That doesn't mean you have a free pass to be belligerent or problematic. It just means you put aside your differences and get the job done.

5. Things that may seem different often have a lot in common

Kappa and Phi Sig are obviously very different groups. Kappa Kappa Psi is a co-ed national honorary service fraternity while Phi Sigma Sigma is an international social sorority. My brothers consist of many phenomenal men and women, while my sisters are all fantastic women. Regardless of their differences though, I find myself having deja vu a lot when sitting in meetings or discussing different issues within the chapters. Even as a social, Phi Sig is still very service oriented and even as a service, Kappa often spends a lot of time just hanging out. It's a really great lesson in remembering that differences aren't so big and that the things that unite us are often much stronger than those that separate us.

6. Push yourself to be the best you can be

Kappa Kappa Psi's motto is, "Strive for the highest." Phi Sigma Sigma's is, "Aim high." Clearly I'm trying to go above and beyond. All jokes aside, these two groups have really shown me how important it is to continue to push yourself, often beyond what you think your limits are. There's always some way to improve yourself and to have two amazing organizations that stand behind me in my journey to better myself means more than words can explain.

Nicole Marie Nigro
Individual Creator
2728
c1.staticflickr.com
Where to start...... Let me start with the cliche that life throws us curveballs and what we do with it is what counts.