6 Things You Didn't Expect From Going To App State
Odyssey

6 Things You Didn't Expect From Going To App State

You already know the Appalachian basics, but what are you missing? 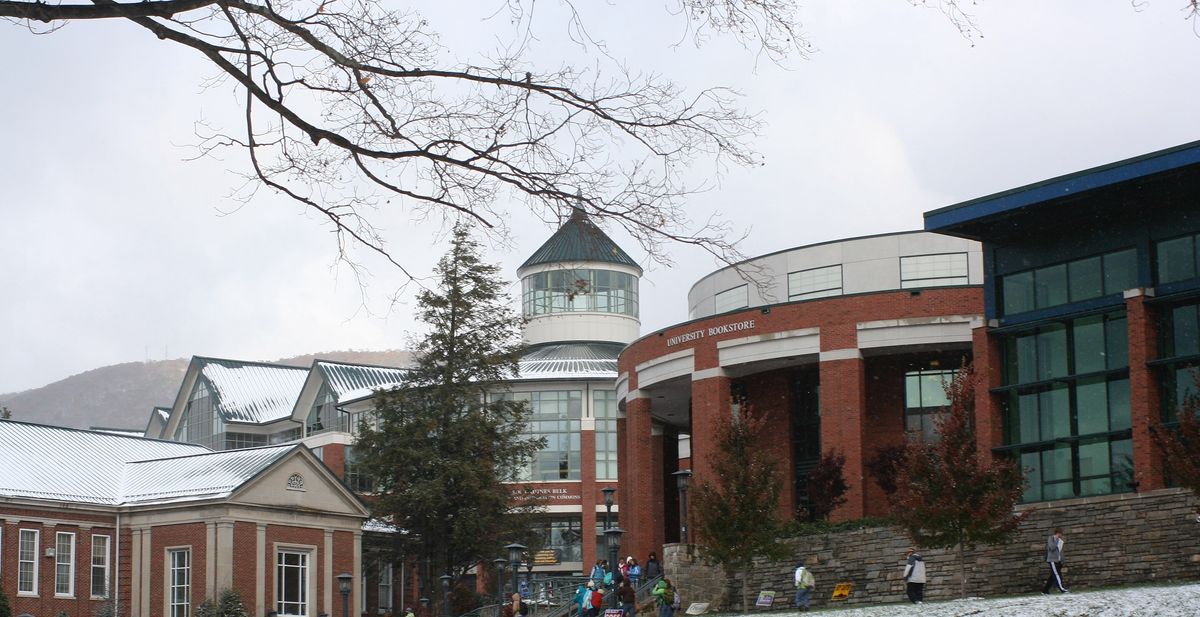 Coming to App State is exciting--a new room, a new town, new classes. Lots of newness. You're probably going to get a little homesick and you know you're going to have to walk to class in the snow. But what side effects are there to going to App that you don't expect?

1. You're going to hike, whether you want to or not.

Here's the thing, Appalachian State University is, as expected, in the Appalachian mountains. Lots of students come here because of the school's proximity to the Blue Ridge Parkway and other hotspots for "outdoorsy" activities. Then there are people like me, who came to this school for the school. Even though I didn't want to go hiking in my free time, within a few weeks of my freshman year, I learned that hiking is an everyday activity.

Going to class? You'll hike there.

Going to Central? You'll hike on your way back to wherever you came from.

Have a class in Sanford? You'll hike up the stairs because the elevator is 'only for handicapped/injured people'.

Literally doing anything on campus? You're gonna be hiking up hills and stairs.

App's campus might be pretty tiny, but due to the fact that absolutely nothing is flat, you work up a sweat doing just about anything.

2. Vegan or vegetarian? Food services doesn't want you to eat on the weekends.

To non-veggies, this may seem false, and in some respects, it is. Upper Central, AKA the vegan/vegetarian safe haven of dining halls, is closed for weekends. Now, I know, you still get all of Lower Central, but for non-meat-eaters, there's not much down there for us to eat. Then there's Cascades and Trivette, both of which have a handful good options, but they get old really quickly. So yes, on weekends, you can eat beans and rice, salad, canned vegetables, unseasoned canned vegetables, greasy and oily canned vegetables, fruit, or waffles. Sounds like a well-rounded diet, huh?

3. Weather forecasts are never, ever right.

You could be standing in a torrential downpour, but your Weather app on your phone will tell you that it's just a little cloudy. The highest temperature today? That's probably going to change at least twice throughout the day. You might get dressed for a high of 70º at 9:00 am, but by 11:00, it's already 71º, and your Weather app has changed the forecasted high to 75º.

4. Your perceptions of hot and cold are going to change--drastically.

I live at the beach, where, from late April through late September (sometimes even mid-October), the hottest temperatures are well above 80º, often into the mid/upper-90's. And that's with 90% humidity. "Cold" temperatures at home are mid-40's, upper-30's.

Then I came to Boone. If it's hotter than 70º, that's hot. H-o-t, hot. Walk around campus on a 60º day and you'll find a handful, often times several people wearing shorts and a tank top (said ensemble completed with Chacos or Birk's, of course). I know that 75º isn't hot, it's just sort of warm, but when I'm in Boone, 75º is just way too hot. Cold weather? I don't even have to tell you about that, you've already heard those stories.

5. How much you love those ugly yet oh-so-comfortable shoes everyone is wearing

Be they Chacos, Birkenstocks, or Bean Boots, the most popular footwear options on the ASU campus are no sight for sore eyes. While they're not the ugliest shoes in the world, they're far from being the most fashionable. Yet we all still wear them. The thing with Birks is, they're super comfy, they're super easy to put on when you oversleep, and somehow they seem to look acceptable with 90% of your outfits. With Chacos, they're super comfy, and they're meant for hiking, AKA the mode of transportation that you must use when in Boone. Bean Boots (which I don't own simply because I do not find them fashionably acceptable at all and have found an alternative winter boot that is) are key in the winter months especially, because they're waterproof and warm, which basically are the two criteria you look for in a pair of shoes when there's snow or rain, or when it's less than 40º outside.

You either come to App with at least one of these three varieties of shoes, or you come to App glaring at everyone who wears them because you think they look stupid and are overpriced. But then you start realizing how not functional your flip flops, TOMS, and ballet flats are. And you see everyone on campus wearing Birks/Chacos/Bean Boots and they actually look not that bad with their outfits. And then you're asking your mom to buy you some for your birthday or Christmas/another religious holiday that entails gifts or just because she loves you (this method can work sometimes, I have a cute new sweater to prove it).

6. Riding the bus? Good luck with that.

Okay, don't get me wrong, it's great that we have some free public transportation. But it's so unreliable. And the stops that they stop at in town are so bizarre. Like, why doesn't it stop at Harris Teeter? Or at the mall? And why does the State Farm route only stop on east side once? It's a pain to lug the things you brought back to school from your house up all those stairs from Hoey to literally any dorm that isn't Hoey or Cannon (especially Cone and Summit). Another thing: the hours!? Why do they start running the buses so late on Sunday's and stop running so early on Saturday's?

If you're going to ride the bus, you never know whether it will be early or late, but it is always going to be one of the two. Download the app "NextBus" for a bit of assistance with being on time. If you're going to ride the bus, and there's a lot of people getting on after you (for example when getting on State Farm at State Farm on a Sunday evening), sit all the way at the back! It helps the flow of incoming passengers keep moving! Don't put your bag on a seat next to you unless there are a ton of empty seats and people will have plenty of other places to sit.