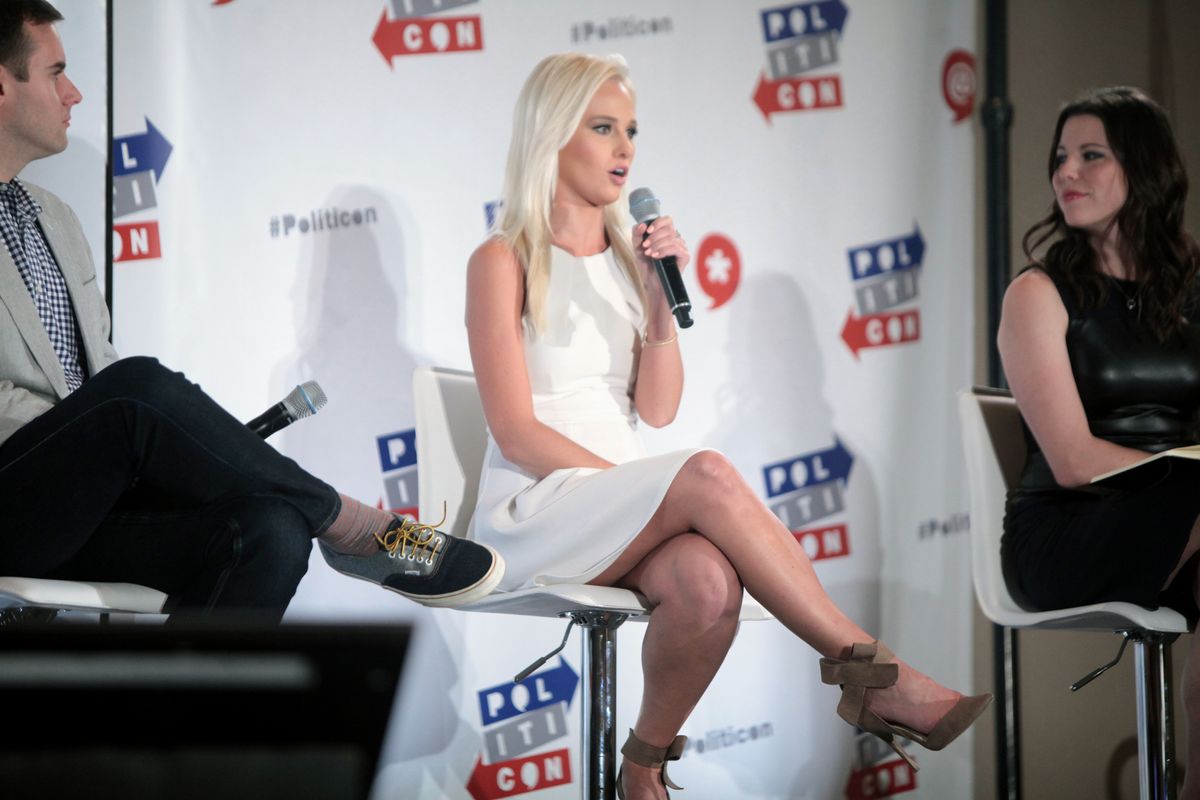 If you don’t know who Tomi Lahren is by now, you must not use social media very often. Tomi is a conservative former television host for TheBlaze. She is most known for her short “final thoughts” videos in which she expressed her extreme and controversial views on politics and news, commonly shared amongst conservative Facebook users. Tomi garnered a lot of attention from these videos, both positive and negative and now is a contributor for Fox News.

Recently, Tomi was in the news again because of one of her criticizers. Tomi was at a bar in Minneapolis for brunch when another diner threw a glass of water on her. She confronted the woman while other diners yelled profanities.

I will start off by saying that I can’t stand Tomi Lahren. Her views are extremely offensive and ignorant to me. Her radicalism seems forced, at times, and is used as a tool to get people to talk about her. Rather than providing facts or statistics, she uses harsh words and over-generalizations to get her point across. However, if given the chance, I would never threaten Tomi with physical altercation.

I disagree with just about everything Tomi believes in, but she is still a human being. No one should be physically assaulted because of an opinion. Instead of a glass of water, there are several things I would like to toss Tomi Lahren’s way:

There seems to be a lot of political rhetoric in America that involves yelling and pointing fingers. Instead of listening to understand, we listen to respond. We don’t care about what the other side has to say, we only care about pushing our own agenda and making sure the others are silenced. By asking questions, we can better understand why others feel differently from us, and can better explain why we feel the opposite.

I think a lot of people lack the ability to see things from someone else’s point of view. We all come from different places in life and it can be hard to understand something you’ve never experienced. Tomi will never know what it is like to be anything but a conservative upper-class white woman, and I feel like that is where the disconnect comes in. By providing perspective, we can help others understand where we are coming from and therefore help them sympathize with the message we are trying to project.

Tomi is met with a lot of negativity and harshness, but what a lot of people fail to convey in their criticisms of her is an understanding of where she is coming from. Like I mentioned in my first point, there is a lack of listening to understand and a lot of overly emotional responses when it comes to political issues.

Everyone has opinions and we are all entitled to them. No one is entitled to have their opinion heard or accepted, but hearing the opinions of others can help us shape our own and possibly even change the way we view things.

Tomi has likely seen a lot of harsh words and anger coming from her criticizers, but I doubt she has seen much kindness from them. When liberal viewers attack Tomi, they only prove to her everything she believes about liberal politics. Instead of fighting against the stereotypes and showing that they really are trying to do good, liberals only push conservatives further from their message (and can be true vice versa). I personally identify as a liberal and would never want to attack someone for having a different opinion than me. After all, the saying is “kill them with kindness.” Perhaps if shown a little compassion, Tomi might learn to have some herself.

Caitlin Marie Grimes
University of South Florida
6691
Beyond The States