5 Reasons Why Penny Oleksiak Is A Boss
Odyssey
CurrentlySwoonLifestyleHealth & WellnessStudent LifeContent InspirationEntertainmentPolitics and ActivismSportsAdulting
About usAdvertiseTermsPrivacyDMCAContact us
® 2023 ODYSSEY
Welcome back
Sign in to comment to your favorite stories, participate in your community and interact with your friends
or
LOG IN WITH FACEBOOK
No account? Create one
Start writing a post
Sports

5 Reasons Why Penny Oleksiak Is A Boss 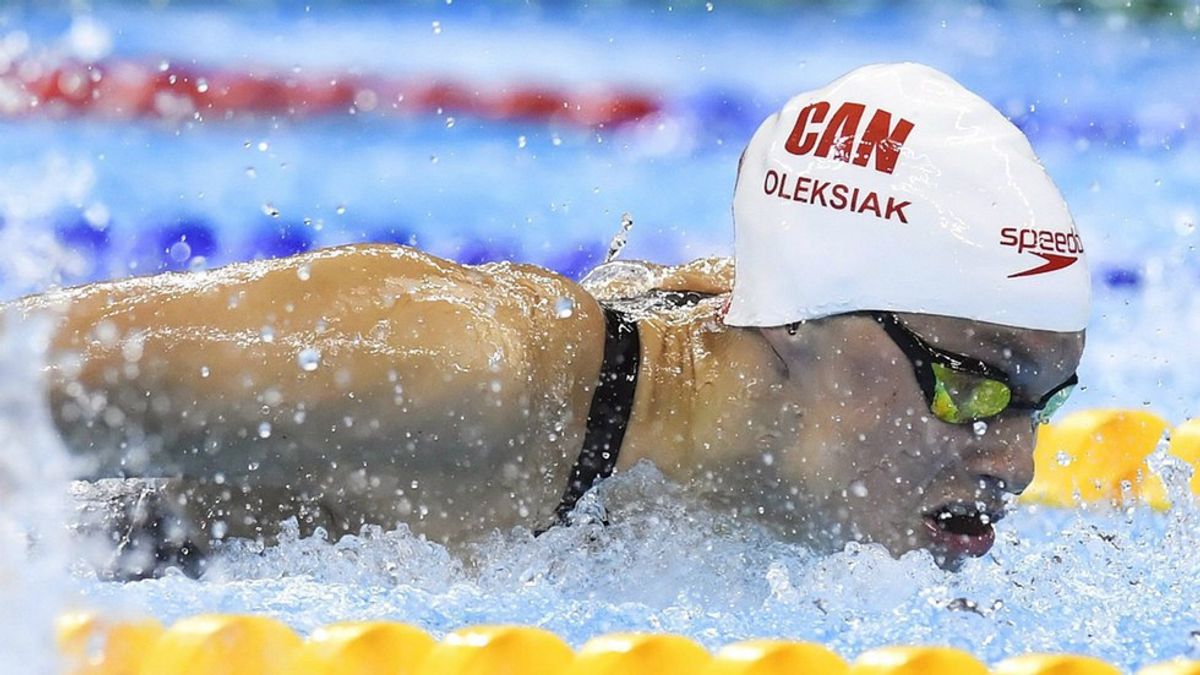 Right now, I am sure you are saying "USA! USA! USA!" I know I was, and continue to do so, watching the USA swim team just take control of their races. But, there is someone else who we need to talk about, who we need to recognize, and who we need to admire because of her amazing accomplishments in Rio. This person is 16 year old Canadian swimmer Penny Oleksiak.

Do you know who Penny is? I sure didn't until twitter exploded after she tied Simone Manuel and won Canadas first gold medal of the 2016 Summer Olympics. Here are 5 reasons why we need to recognize Penny Oleksiak as the biggest boss @$$ b***h of the 2016 Rio Olympic Games:

Yupp, that's right--she's only 16! In case you want to read more about how amazing this is, Buzzfeed released a hilarious article describing a pretty obvious fact: "very, very few people were that accomplished when they were 16."

2. Not only did she win gold, but that was her FOURTH olympic medal--the most ever won by a Canadian during the summer games.

Cindy Klassen's, an olympic speed skater who secured five medals in 2006 in Turin, is the only Canadian olympic athlete who has won more medals than Penny in a summer or winter Olympic games. She also became one of four women to complete a full set of medals (gold, silver, bronze) in these summer games.

3. She is the youngest gold medalist in Canadian Olympic history.

According to CBC, at 16 years and 59 days old Penny Oleksiak became the youngest Canadian gold medalist ever. And in case you were wondering, this is was Canada first swimming gold medal in 24 years AND Canada's first gold medal in the 2016 Rio summer games.

4. She shattered her own world junior record and achieved a new Olympic record for this event.

Oleksiak and Manuel (USA) finished the 100-meter-freestyle in 52.72 seconds, beating her time by almost a whole second--that's a lot in swim time! AND they recorded a new Olym[pic swim record for the 100-meter-freestyle. Check out this video to watch history in action: https://www.youtube.com/watch?v=Yej6QDEoZzk

The question has been raised whether or not Penny will stay focused and compete in the Tokyo 2020 Olympic games. Well, right now, all Penny wants to do is go home and cross that bridge when, ya know, she graduates high school. CBC states, "Oleksiak looked forward to going home, retrieving her dog from the dogsitter and re-connecting with her friends." Heck, if we were gone for three weeks from our dog, friends, and teenage life, all we would want to do is snuggle up with them and go back to being a normal 16 year old.

Canada has won ten olympic medals so far... all by women. And Penny owns 40% of those medals. You go glen coco! And Penny, we'll see you again in Tokyo 2020 (hopefully).