Let's take it back now. 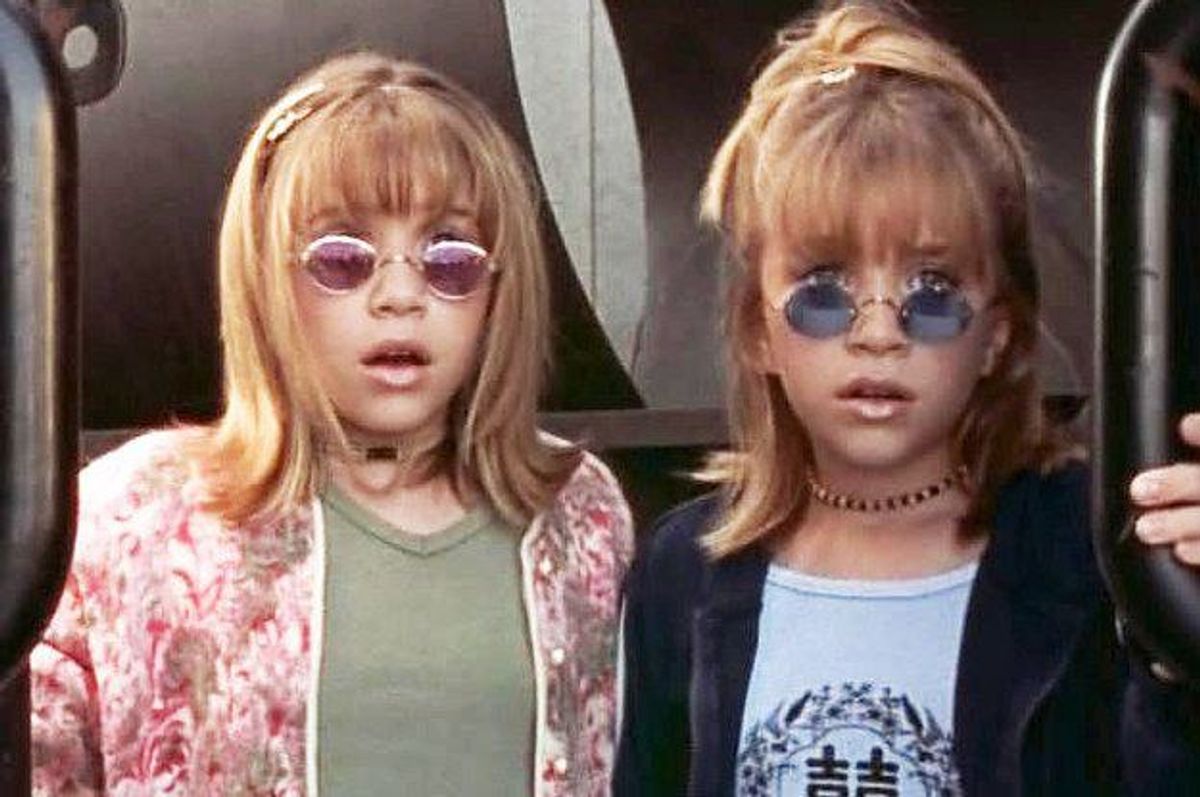 In the days of adulthood, there is not much we can do to soothe ourselves besides eating our feelings, developing coffee addictions and regressing back into childhood.

My generation, the “Millennials,” spent the late '90s and early 2000’s living off of Dunkaroos and "Zaboomafoo." But there’s a lot more where that came from.

Let’s take it back now.

They're coming down the stairs.

Let’s be honest, we still watch this…well we did until Netflix took it off. And they expect us to pay $9.99 now.

Pre-DVD and pre-Blockbuster, Friday nights were spent scouring the kids’ section for that one VHS you had already seen 300 times while your parents picked out yet another Meg Ryan romantic comedy.

Our computer desktops haven't been the same since we lost them.

Also featuring "Millie's Math House" and "Sammy's Science House!" These virtual friends gifted me with so much of the general knowledge that I have today.

Whether you were the cat, the mouse or one of the kids vigorously shaking the parachute, gym class and / or story hour was always bangin’ when your teacher brought this out of his / her office.

Literally the only reason to have gone to McDonald's.

14. Looking up to Amanda Bynes as a powerful female role model.

Get the catalog in school, experience an adrenaline rush as you browse every product, take it home, circle all of the "Mercer Mayer Little Critter" books, beg your parents for money and come home the next day with a Spongebob poster, a long-ass pencil and an eraser shaped like a crayon.

They came after lunch announcements (thank God for Pizza Fridays!) and before the Pledge of Allegiance. You better hope that your name isn’t called down to the office...unless it's your birthday!

"Good to the last drop."

Not so good to the last drop.

22. All Of The Discontinued Cereals

Before Shonda Rhimes and Ryan Murphy, these were our OGs (Original Gangsters). There are too many to name, so let's roll the credits.

"Bear in the Big Blue House"

"Maggie and the Ferocious Beast"

24. The Smell Of School Bus Leather

It hit you, rank as ever, on the first day of school every year because you had suppressed that olfactory memory.

26. The Outfits That Your Mom Would Dress You In

Picture this, a long-sleeve turtle neck underneath a corduroy dress, tights and Mary-Jane shoes. Thanks Mom.

"Where the Sidewalk Ends" was everybody's shit.

There was so much more to childhood that I wish I could include, like Sketchers Heelies, Lipsmackers, Polly Pockets, Lisa Frank and Skip-its. For now, I hope this list has served you well and brought you back to a time when life was legendary.