20 Christmas Movies For The Holiday Season

It's not just a season, it's a lifestyle. 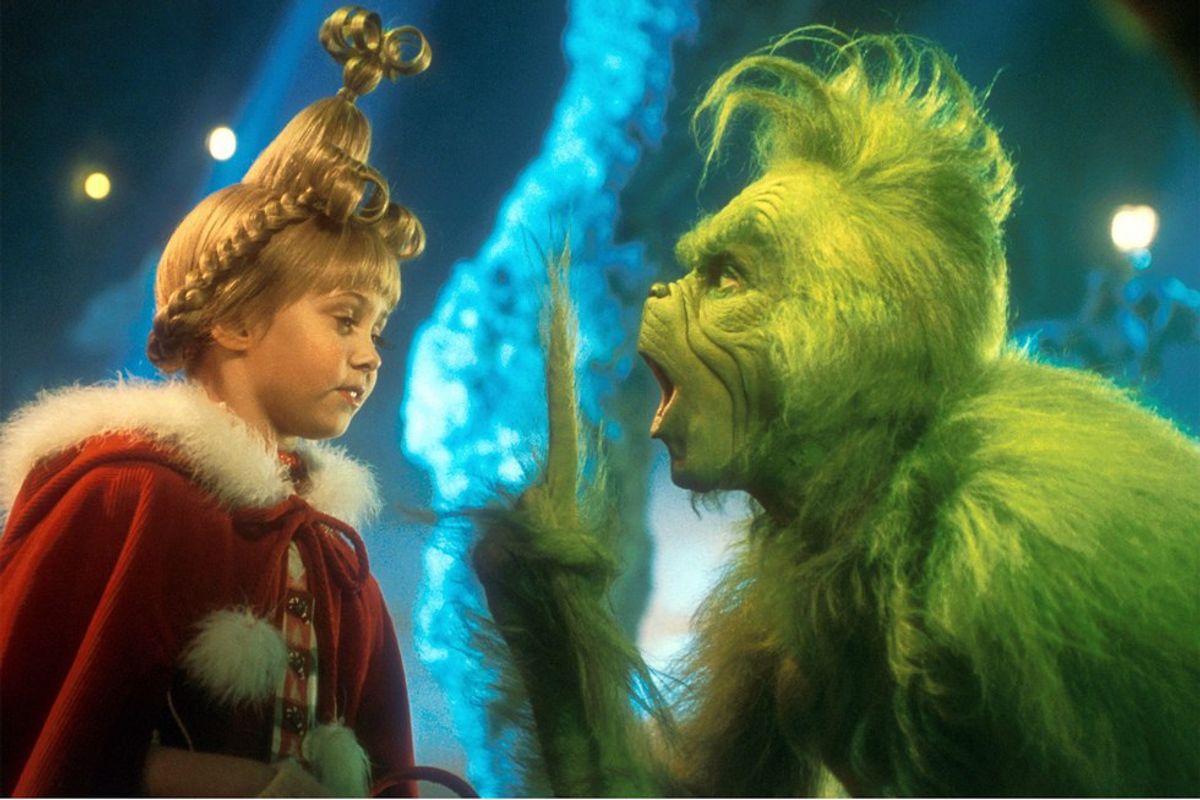 If your Christmas break isn't spent with at least a few afternoons watching Christmas-themed movies and specials, is it really even a Christmas break?! The 25 Days of Christmas Marathon has nothing on this ultimate list of Christmas specials to watch this holiday season. In no particular order, here are more than two days of Christmas movie watching to do, plus a little quote from each to put you into the spirit!

Mr. Parker: He looks like a deranged Easter Bunny.

Mother: He does not!

Mr. Parker: He does too, he looks like a pink nightmare!

3. It's a Wonderful Life

"Strange, isn't it? Each man's life touches so many other lives. When he isn't around he leaves an awful hole, doesn't he?"

Check-out Woman: Are you here all by yourself?

Kevin: Ma'am, I'm eight years old. You think I would be here *alone*? I don't think so.

Clark: Can I refill your eggnog for you? Get you something to eat? Drive you out to the middle of nowhere and leave you for dead?

7. The Nightmare Before Christmas

"Just because I cannot see it, doesn't mean I can't believe it!"

Charlie Brown: Thanks for the Christmas card you sent me, Violet.

Violet: I didn't send you a Christmas card, Charlie Brown.

Charlie Brown: Don't you know sarcasm when you hear it?

Dorey: What else did you ask Mr. Kringle for?

Susan: A baby brother. See ya.

"At one time most of my friends could hear the bell, but as years passed it fell silent for all of them. Even Sarah found one Christmas that she could no longer hear its sweet sound. Though I've grown old the bell still rings for me, as it does for all who truly believe."

Scott: Charlie, stay away from those things. They're reindeer, you don't know where they've been. They all look like they've got key lime disease.

Easter Bunny: I have 33,000 offspring, all in private school.

14. The Santa Clause 3: The Escape Clause

Jack Frost: [to Scott] You get the Coca-Cola cans, you get the TV specials and what do I get? A few runny noses and some dead citrus.

Santa: How can I eat? That silly elf song is driving me crazy.

Mrs. Claus: You're going to disappoint the children. They expect a fat Santa.

Ebenezer Scrooge: What do you want with me?

Jacob Marley: You will be haunted by three spirits.

Ebenezer Scrooge: I'd rather not.

17. The Year Without a Santa Clause

Don't be such a stranger. Come around with your husband, we'll have a blizzard. Ha ha ha ha.

Happy birthday! Hey, I said my first words. But... But snowmen can't talk.

19. Santa Clause Is Comin' To Town

Everybody has to be a baby at least once in their lives.