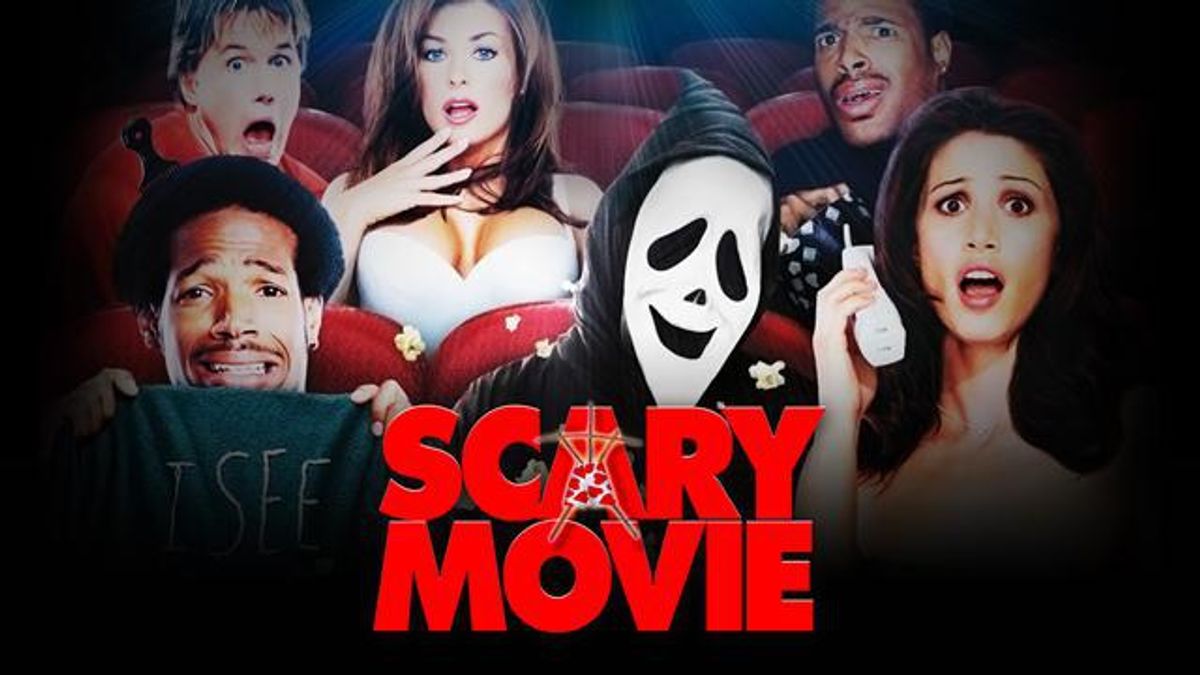 I don't know about you, but I have found that it is nearly impossible to find a good horror movie these days. Most of them are more like horror movie parodies than actual horror movies. I tend to view movies like "Saw," "Paranormal Activity," "Scream," and pretty much anything most people consider "scary" as comedies. Sure, some of them are scary in the moment—but I want that looming feeling of fear and disturbance for a good week or so, confirming my choice of movie was good, and not just a waste of time and emotions. I have been on a search for the scariest and most disturbing horror movie, and I think I've found a few gems. Hopefully these movies get under your skin just as much as they got under mine.

I did not have high expectations for this movie, as it's the whole reason the "Charlie, Charlie Challenge" began, but it ended up delivering. The home movie that starts the film will make you squirm, and the rest will just make you terrified to go into school after hours. It has a weird ending that I definitely did not see coming, and thinking about it still gets to me.

This is another movie that I did not have high expectations for, but oh my god did it deliver! The entire movie takes place on a computer screen, which is pretty cool, and also adds an interesting interactive effect to the scary pop-outs. You may or may not be afraid to use your phone, computer, and any platform of social media after watching this movie.

I'm going to be honest with you, the movie itself isn't that scary, but the idea of it is. If you're OK with subtitles and not much action, then I highly recommend this one. If anything, it's worth watching for the crazy plot-twist ending. It's literally in front of your face the entire time, but it'll still make your jaw drop to the ground. I'm still mad I didn't see it coming.

Again, the movie itself isn't that scary, but the psychological aspect is. Going crazy without reasonable cause or explanation is something everyone fears. You'll definitely be sleeping with the covers pulled over your head after watching this movie.

5. "Insidious: Chapter One and Two"

This one is a package deal! The ghost, or demon, whatever you want to call it, that is haunting this happy family is quite deranged and creepy. Surprisingly, the second installment seemed to deliver more than the first, but both have awesome pop-outs when you least expect it. There is a third installment, but it's a prequel and more tragically funny than scary.

This movie is about something everyone fears—an STD.

Except in this case, the 'D' stands for 'demon.' This movie is probably one of the most effective forms of birth control. What makes it so scary is that the demon is inescapable, and it can appear to you as anyone, at anytime. What's scarier than an STD that declares psychological warfare on your life?

If you want a movie with proper suspenseful pop-outs, creepy dead children, stomach churning home movies, and a scary AF demon, then this is the movie for you. You won't be able to kick that feeling of someone, or something, being behind your back. Bonus: there is a sequel, which of course isn't as good as the first, but it continues the story and gives a complete ending... Or does it?

This is an Australian horror flick about a psychotic prom date and her equally psychotic dad. The horrible acts they perform on her hostage prom date will make you cringe, and possibly feel physical pain. They even give a low-key shoutout to good ol' Jeffrey Dahmer and his idea of creating real life zombies by drilling holes into his victims' skulls and dripping acid into them. TMI? Well, you're going to need to buckle the f*** up if you want to make it through this movie.

This is Eli Roth's latest movie. If Roth's name is on it, then you know it's going to be a good time (or bad time, depending on how you want to view things). To keep it short and sweet, this movie is about cannibalism. You'll probably become a vegetarian after watching this. Have a barf bag ready!

I'm pretty sure there isn't a single person on the planet who hasn't heard of this movie. The question is, do you have the guts to watch it? I made it through this movie disturbed, but relatively OK. It's the "Second Sequence" that I couldn't even watch 10 minutes of, so if you really want to test yourself—watch that one after the "First Sequence." And always remember, if you ever find yourself in this unlikely but very horrific situation, hope that you're not "Subject B."

This is a must-see for every single college student and emerging adult out there. What could go wrong when traveling around Europe with some good friends and staying in cheap youth Hostel's? Oh, just being kidnapped and tortured in disturbingly gruesome and horrific ways. Ever imagine what it would feel like to have your heel cords sliced? Probably not, but this movie will show you what that's like, amongst many other horrible forms of torture and disfigurement. This is arguably Eli Roth's most well-known movie, and probably the best.

I have seen a lot of horror movies. I have laughed at a lot of horror movies. I've never been horribly emotionally scarred by a horror movie... Until I watched "Tusk." You wouldn't expect a movie starring Justin Long, Johnny Depp (who is low-key in it, but unrecognizable), and created by Kevin Smith to be that scary—but it is! It has a "Human Centipede" vibe with turning humans into things they should never be turned into. I am no longer able to look at walruses the same way, and this is the only horror movie I have completely sworn to never watch again. If you want to experience true fear and disturbance, then watch this movie. I want to say you won't regret it, but you probably will.

Nicole Marie Nigro
Individual Creator
9236
c1.staticflickr.com
Where to start...... Let me start with the cliche that life throws us curveballs and what we do with it is what counts.