To Those Against Taylor Swift
Odyssey

An Open Letter To Everyone Against Taylor Swift

To the people who can't seem to understand Taylor Swift. 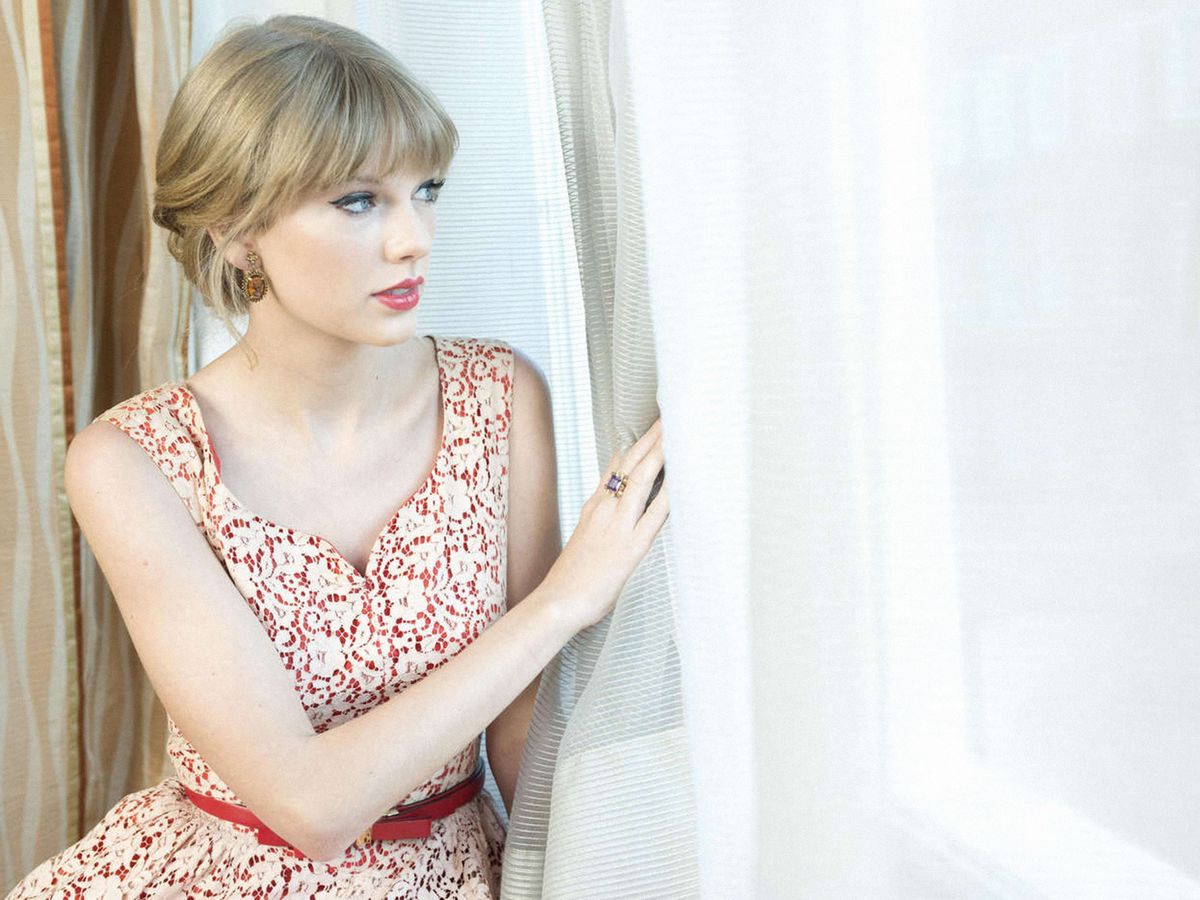 Most of you reading this are thinking to themselves, "Here were go again, another Taylor Swift fan telling us non-Taylor Swift fans to be a fan." Well actually, you're wrong. Most of the people who are against Taylor are the people who see all the negative things that are in the media, not who she actually is. There are multiple times in a day when I find myself biting my tongue when people go on and criticize Taylor and her life because she's "not talented" or "only does things to get everyone's attention", but who are you to judge her if you don't even know who she is as a person?

Now, Taylor and I aren't best friends, and she probably doesn't even know who I am but, from being a die-hard fan for 10+ years and following her around like a nut all the time, there are some things that you non-Taylor fans should hear. Here's an open letter to everyone against Taylor Swift.

At just 16 years old Taylor released her first album to the world, and on that album three of the songs were written by Taylor herself and following her first album she released five more albums after that; Fearless, Speak Now, Red, 1989 and reputation. One of those albums that I want to point out is Speak Now, this album is a special one because every song that is on that album was written by Taylor, nobody else. Yes, all by herself, nobody helped her co-write any of the songs and this is one of those places where I need to stick up for Taylor and make a point. People who aren't die-hard fans usually like to argue that "there's no way Taylor writes all her songs on her own without help," but c'mon people, if Beyonce put out an album that was written all by herself you wouldn't argue because it's Beyonce, but what's so different about Taylor Swift? She's a human just like Beyonce and can write her own music. I'm sorry to break it to you Beyonce fans out there but Taylor has sold more units than Beyonce has. (Nothing against Beyonce, really, just thought I'd point that out). Taylor's music is her own story, nobody else writes it for her, all of her music are things that have happened in her life, and there's nobody out there who write those lyrics for her because nobody else knows Taylor better than Taylor herself. Taylor once said in an interview, "I'm sharing my story with you guys and if people don't respect that there's nothing that I can really do to change their minds."

Not only has Taylor impacted the music world by being one of the only musicians to completely convert from country to pop and still be successful, she has also been one of the only celebrities who truly cares about her fans and the things that they want. Now, if you have never attended a Taylor Swift concert you won't be aware of what I'm about to bring up next, so, let me give you a background on what her concerts consist of.

Taylor concerts are one of a kind, they aren't like any ordinary concert that you may have attended. The amount of choreography and thought that goes into every moment of the concert is incredibly unbelievable. Taylor is a very theatrical person and it shows at all of her concerts, she always keeps her audience in mind to make sure that they enjoy every moment of the concert. One of the biggest things that every true Taylor fan knows about going to one of her concerts is that Taylor's mom, Andrea, walks around the stadium and watches everyone and hand-picks people to attend a special meet and greet after the show. What other celebrity has their mom go around and pick people to meet her after the show? Nobody. Just Taylor, because she wants to meet all of the people who are having fun and enjoying every moment of the concert. Not to mention that Taylor has a tendency to lurk people on social media sites, known as "Taylurking" and she will hand-pick fans for her mom or team to go out and find during the show to meet. She adores her fans more than an average music artist does.

So, yes this has been a lot of information and basically a background on Taylor Swift, but now is when I get to my point of this article and that is to ask you why do you judge others for liking Taylor Swift and her music and life? Taylor and her fans have not done anything to you, it's just another thing for you to complain about. This girl, Taylor, has openly invited fans into her house for "secret sessions". Yes, her house, because she treats her fans like they are her family and opens her house to everyone to enjoy it just as much as she does.

Why do you judge people who like her? We don't judge you for liking Kanye West's music (Okay, well maybe a little but that's not the point). People have the right to like their own music and also have the right to look up to whoever they want but it just seems so different for people who look up to Swift. The people who look up to Swift and love her music all have a reason why they do. Taylor's music speaks to people in so many different ways and along with her music, her music videos tell stories that nobody else can tell except for Taylor herself. The power of her music, actions and words get so miscommunicated with so many people and they tend to believe that Taylor is doing all of this for attention. Which is something most people who are against Taylor Swift will always tend to believe. Here's a question I want to put out there for everyone who thinks Taylor does everything for attention, "If you were in the eyes of the public and you saw your opportunity to change people's lives with your music, words or actions...would you?" I'm just wondering because that's exactly what Taylor does.

Let people who love Taylor for who she is continue to love her. Don't try to pursue people into a belief they don't believe in. Don't tell people that "she isn't even a good singer" or "she doesn't even know how to dance good." because those are just comments a bully would say to someone, don't be that person who brings other people down because of the things you like because Swifties and Taylor herself are the most down to earth people and would go to the ends of the earth to keep her fans, family and friends safe.

Think before you say something because you don't know why that person may be a fan of Taylor, a song lyric could've changed their life or something Taylor has personally said to them has changed their life for the better. Taylor has had a rough history with people who haven't liked her and you know what she has done? She just learned to SHAKE IT OFF... just like her fans do and will continue to do until the day Taylor dies.