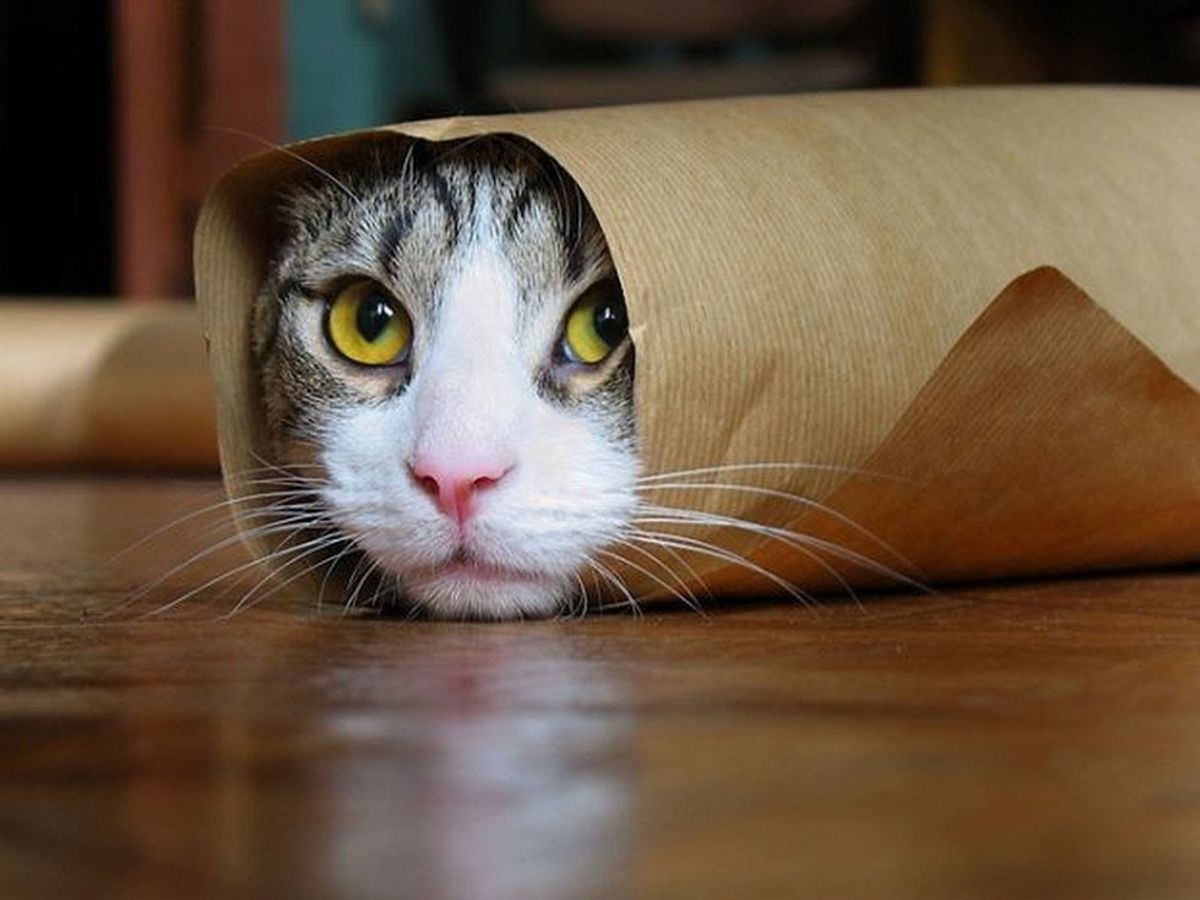 Cats are pretty cool and they get even cooler the more you know.

1. The Canadian Hairless cat or the Sphynx has only been around since 1966.

Hairless cats actually come about as result of a genetic condition rather than a natural breed of cat. The first hairless cat was born to a haired mother, and after others were discovered, more were bred. The hairless cat only exists due to careful breeding.

2. In one litter of kittens, there can be multiple 'fathers' of the cats.

This is known as superfecundity. A cat's pregnancy doesn't stop her from being in heat and therefore can bring about pregnancies in the same litter being from multiple fathers.

3. Cat's can't see the area under their nose.

Based on the location of a cat's eyes, they are unable to see the spots right under their nose. If you've ever placed food or something in front of a cat under their nose and they can't find it -- that's why!

4. Cats typically only use meows to interact with humans and kittens.

Cats typically communicate on levels that humans can't hear. Cats only use meowing to express wants to humans or kittens who haven't mastered the silent language yet. Basically, cats have taught themselves how to get things from humans through vocalization. Cats are training us and made a language to talk to us.

5. Cats rub against people and things in order to show affection and mark territory.

Cats have sent glands in their face and can spread their scent also through the paws and tail. If they're rubbing against you, they're doing two things at once. You have been marked as theirs.

For reference, humans only have 206.

7. A group of cats is called a Clowder.

A group of kittens is called a Kindle.

8. Cats can fit their bodies through anything their heads can fit through.

Cats have no attached collarbones so they are able wriggle and to fit into any space that their head can.

This is thought to be because of a mutation or missing taste receptor or gene. A protein is missing in cats that would allow them to process sweets.

10. A cat can jump five times its own height in a single bound.

Cats have incredibly strong and flexible back legs. This is because their ancestors took to hiding in trees to attack prey and stay away from other predators. Even though domestic cats don't have to hunt for their food, they still seem to enjoy the jumping and leaping and fake hunting with toys.

Well, how cool are cats now?