How to achieve moments of insight 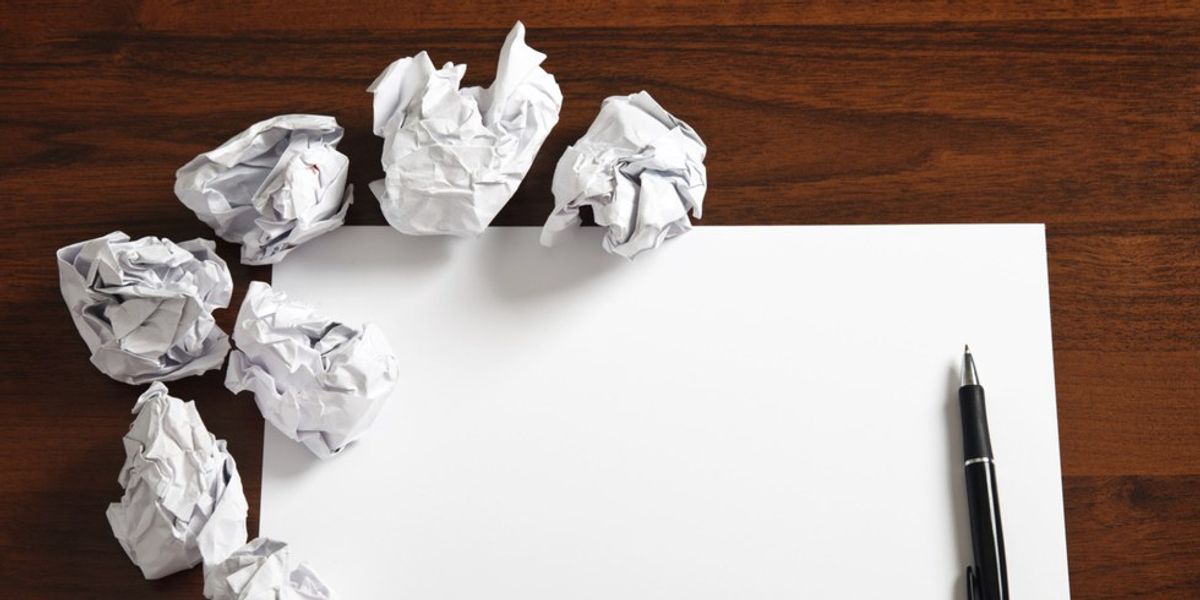 I hate those moments where you stare at the computer screen in sheer frustration. Your fingers anxiously hover over the keys as you watch the space bar flicker. It’s all on you; that screen will remain blank until an idea comes to mind. Getting to that “aha” moment as a writer can take time. We all know how stressful it is to be out of ideas, to feel like our writing is weak and boring, and to be stuck.

As a young writer in high school, there was little room for creative writing, so thinking of ideas for a story didn’t really apply. When I first started taking fiction courses in college, my writing remained very formal and rigid. I struggled with being able to stray away from the structured format and extravagant language that was included in an academic essay. I remember feeling frustrated because I was finally able to explore and write on a variety of subjects in my own voice, but the way my words came across on the page failed to express this freedom.

While studying abroad in Scotland, my fiction class would take field trips down to the beach, to museums, to parks, wherever we could get a little inspiration. My teacher encouraged us to simply write down words that came to mind. I was skeptical at first because I didn’t see how linking a few random words could turn into a story. All that changed the day we went to the Bell Pettigrew Museum. The museum held an extensive variety of extinct animals throughout history. I started writing down blurbs, words like ‘royal peacock’, or ‘broken starfish’ as I roamed around the room. Taking a closer look at the poised peacock, I began observing the folds of the fan shaped feathers that layered over each other. The feathers were a deep purple and green that mixed together, scattering all the way down the tail. The plumes on top of the head reminded me of the tassels on top of a guard’s hat as he sits statuesque on his horse. The idea of royalty and nobility came into my mind after noticing the deep purple shades and the poise of the peacock. After that day in the museum I sat down with my thoughts and wondered how I could turn those details into a story. My mind started thinking about how there are wild peacocks that roam around where I live in Southern California. They were used in the old Wild West films and kept in cages in Paramount Ranch. I wanted to tie in the descriptive details that I jotted down in the museum with my personal interaction with them. I thought back to the first time I saw them when we moved in and began to write:

“They shocked me at first, walking along and bobbing their heads out. I assumed they would run if I chased them, but they weren’t afraid of me. They were apprehensive and aware of my presence, but they were not frightened. They stood tall and confident, with their decorative feathers flowing to the floor like a veil.”

I had the start of a story, all of which was stimulated by observing a stuffed peacock in a museum. My diction wasn’t trying to impress the reader, and the plot of the story was relatively basic, but I had made an observation of the world, in this case the peacock, into my own. I started to use this technique more often, because more times than not, going out and exploring brings to mind memories, connections, opinions, and observations that simply need to be stimulated and awakened.

Nicole Marie Nigro
Individual Creator
9002
c1.staticflickr.com
Where to start...... Let me start with the cliche that life throws us curveballs and what we do with it is what counts.