Why We Still Love Ryan Gosling

Hey girl, I'm back and sexier than ever. 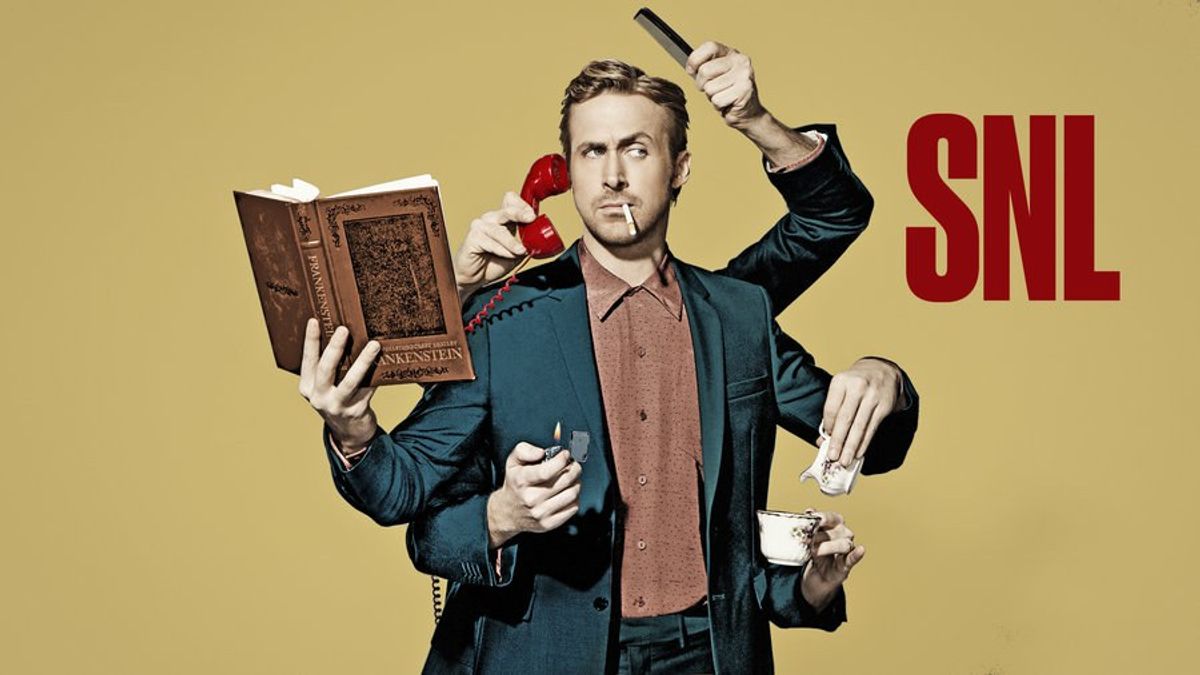 It seems as though Ryan Gosling has been out of the spotlight for a while, but now he is back and sexier than ever. Ryan's new film, "The Big Short," comes out this month, and it is his first starring role since 2013. Gosling has been promoting the film and even hosted Saturday Night Live for the first time on Dec. 5. With this reemergence of the Gos, we are reminded of just how much we love him.

Who can forget the famous "Hey Girl" meme?! Although he claims he has never actually said, "Hey girl," in any film he has done, it still makes for the perfect meme. Also, they're a huge confidence boost for when you're feeling down!

Also, nothing is better than Ryan reading the "Hey Girl" memes himself...

Can we just bring back this meme already?! I need some "Hey Girl" 2k15 memes.

Ryan should have earned the "Sexiest Man Alive" title by now, but rumor has it that he has turned down the crown from People magazine. In my eyes, Ryan should win that title every year.

Also, we can't forget about how amazing he looks in glasses...

There is no denying that Ryan Gosling has a body that looks as though it was sculpted by an artist, and we can't help but to stare at his abs.

If you have watched any of his interviews, you know that Ryan has the most adorable giggle in the world.

The best Gosling giggle came when he was shown a dish towel with his face on it:

Also, he couldn't keep it together during this SNL sketch, which made him even more lovable...

Who can forget Ryan's performance in "The Notebook?" This man gave us all the feels and brought us to tears more than once in this unforgettable movie. He has proved that he can do both dramas and comedies. Not to mention, Ryan was nominated for an Academy Award for Best Actor in 2006 for "Half Nelson."

And everyone can agree that he deserved an award just for this reaction alone in "Crazy, Stupid, Love":

To add another item to the list that makes Ryan irresistible, he can dance! He showed off his fancy footwork when he hosted SNL, and he didn't fail to make us swoon.

In 2014, Ryan became a dad to his daughter Esmeralda with his girlfriend Eva Mendes. Although we are all sad that we can't have Ryan all to ourselves, we will happily give him the title of being a DILF. He even reportedly got "ESME" tattooed on his hand (awww)!

Also, since Ryan and Eva are very private people, we have yet to see a picture of this beautiful child.

It is no secret that Ryan loves his dog, George! His beloved 13-year-old pup can be seen frequently on walks with Gosling or on his movie sets. What's better than a man who once called his dog "the love of his life?"

Also, who can forget that time Gosling did an interview with George in 2011 on "Late Night with Jimmy Fallon?"

Ryan recently hosted SNL for the first time, and he killed it! Who knew this guy had such comedic chops?

Honorable mention: when he did the Dirty Dancing lift with Al Roker

This has to be one of the most memorable Gosling moments of all time, because this remake of the Dirty Dancing lift gets us every time.

If you want to see where the magic happens, skip to 2:15 in the video:

It's no secret that Ryan will forever be our #MCM