Why "Star Wars" Side Characters Are Fantastic
Odyssey

Why "Star Wars" Side Characters Are Fantastic

We see them filling the background of our favorite scenes, but why are they so necessary? 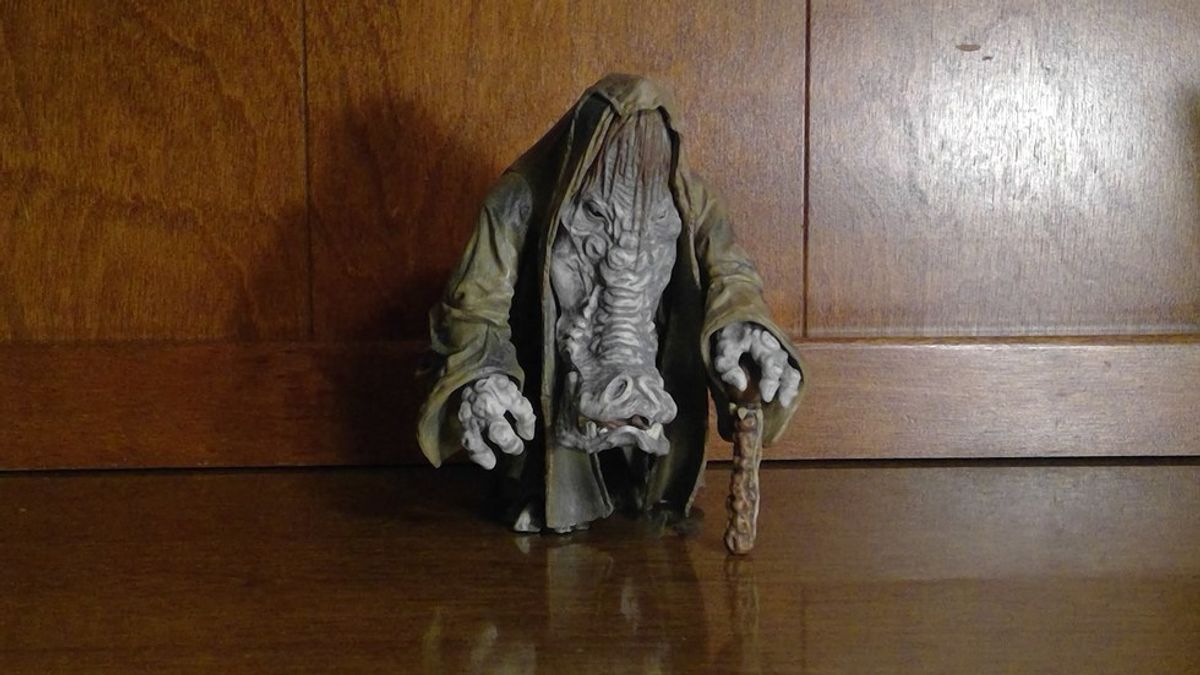 "Star Wars" has always been beloved. Be it through its fabulous special effects that have stood the test of time, its family drama storyline spanning six films (maybe seven as we are still unclear on official familial ties to the Skywalker lineage in "The Force Awakens"), or even the characters. Who could forget Han, Luke, Leia, Obi-Wan, Darth Vader, Boba Fett, Wedge Antilles, Plo Koon, Ephant Mon? Wait, have you not heard of Ephant Mon?

More than likely, a majority of you reading are familiar with the main characters of the famed space opera whether you have seen the films or not. However, there are a rare few who recognize and adore the background or side characters more than the main cast. I am one of those few.

Please, I beg you to hear me out on this. Away with your weapons. I mean you no harm (Yoda, "Star Wars V: The Empire Strikes Back").

Let me start with a few secondary character names most should be familiar with. Boba Fett the most notorious bounty hunter in the "Star Wars" universe is my favorite character of all time. There is just something intriguing about a mysterious individual who rarely speaks yet commands for all to feel intimidated by his mere presence. Fans absolutely adore Boba Fett despite his limited screen time and humiliating defeat as Sarlaac food. In fact, he is my favorite "Star Wars" character.

Wedge Antilles is a close second to Boba. Wedge was always such a positive side character who befriended Luke almost immediately in "A New Hope." He is the best pilot in the galaxy second only to Anakin Skywalker/Darth Vader (spoilers?). He was always one of the lesser known but cool characters to me.

Now, Ephant Mon is an interesting character for me. What is his significance to the "Star Wars" universe? Well, to put it simply, he was just another alien puppet placed into the background of Jabba's Palace in "Return of the Jedi." By now you might be asking, "Well what's so special about this guy?" To which I shall rebut with an anecdote.

I was a youngling traveling to Branson, Missouri with my family, and we stopped at an outlet mall with a toy store. I immediately went for the "Star Wars" toys and saw all of the usuals with main character duplicates and such. Suddenly, I came across one I had never seen before. It was Ephant Mon. I did not know if I wanted it until the clerk informed me that it was a "rare one" which meant I had to have it. So, I got it, read the character bio on the back of the box, and watched "Return of the Jedi" just so I could find him. Sure enough, I did.

Nostalgia is a big factor in my love for this character, but there is another (Yoda, "Star Wars V: The Empire Strikes Back") reason why I adore this character.

As an actor, I have found myself intrigued by characters big and small. Lead roles are great and all, but there is just something special about the supporting cast and ensembles. Each character tells a story no matter what role they may play in the grand plot of the narrative. We may follow the lead's story arc but find fascination in the life of a side or ensemble character with little to no dialogue. Supporting characters have always been my favorite roles to play as I can tell a unique story without many words being necessary.

Ephant Mon and all side characters in the "Star Wars" franchise hold a special place in my heart as they truly represent the statement many are familiar with is the theatrical world, "There are no small parts. Only small actors." With that being said, I respectfully salute another passing member of the "Star Wars" franchise, Kenny Baker. Rest in peace and thank you for making R2-D2 a childhood favorite for millions, myself included.

Glorie Martinez
696
Why I Write On Odyssey