Why New Year's Resolutions Are Useless

The reality behind failing goals we set for ourselves. 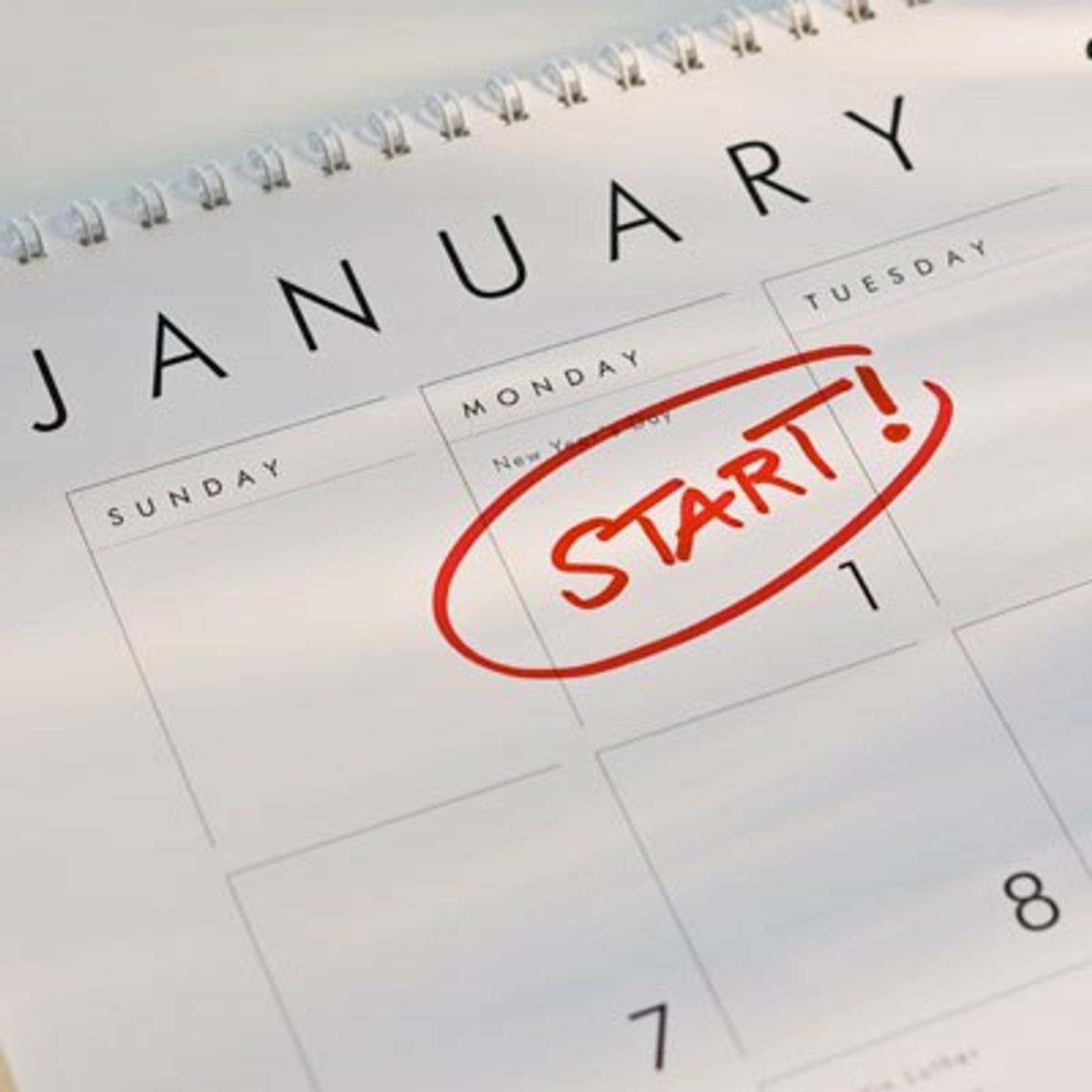 Ah, New Year's. After reflections on the past year and crazy celebrations subside, youths and adults alike come to terms with the concept of beginning a new year. Mostly common in the West, but also including the rest of the world, the tradition of making New Year's resolutions continue to play a part in many peoples lives. The New Year's has been labeled as a time to catalyze positive change within ourselves, and as seen through cringe-worthy Facebook and Twitter posts, "New year, new me." In my opinion, the concept of New Year's resolutions is ridiculous and has little value.

Let's analyze the concept of New Year's resolutions. Only when the turn of the year comes around, people set goals for themselves in order to improve themselves physically, mentally, or spiritually. These goals serve as motivation that get some of those people to begin changing their behaviors, supposedly for the better. Essentially, the New Year's serves as a starting line for individuals aiming for the finish line, which represents success in their ambitions.

First off, the idea that people wait until a certain time of the year to initiate positive changes in their behaviors is stupid. Intrinsically, there is nothing special about New Year's; if you want to improve yourself, begin changing your routine immediately.

There is no reason to wait until a certain time of the year to do so.

In addition, to pursue these long-term changes in behavior, people rely on the motivation from these resolutions to find success. However, motivation varies from day to day. It's rare that individuals are able to maintain the same level of desire to change their behavior for more than a couple weeks. For example, as the New Year begins, the gym will be filled with a plethora of people, all with different goals for their fitness. Towards the end of January, the same gym will probably have less than half the people who came in the beginning of the year. Motivation is temporary.

Motivation may be a great way to begin changing yourself, but it doesn't help you continue to maintain these positive changes.

Now that we've dissected why New Years resolutions don't make sense or work, let's delve into the proper way to pursue positive change. Regardless of what kind of goals, the majority of people believe that motivation is the sole proprietor to moving towards success.

Guess what? It's not.

That being said, what exactly is needed to persevere through the points in your journey to positive change where motivation is low?

Humans are habitual creatures. We find comfort in following a routine. For example, in college we're given the freedom to choose our own seats in class. Think about how the seating arrangement fleshed out. You probably continued sitting in the same seat, didn't you? Your classmates also probably sat in the same seats throughout the year too. It's natural to fall into routine, it requires less thinking and effort to do something that has been done before. If you think about it, nearly everything you do is part of a good or bad habit. You could be used to working out consistently or finding yourself procrastinating on a huge project.

Your brain can't tell the difference between good and bad habits.

Now let's go back to the point of New Years resolutions: Setting a goal to improve upon oneself mentally, physically, or spiritually. Nearly all the flaws you can set out to improve on are caused by bad habits. In order to get rid of bad habits you need to practice good habits, which replaces the feeling of motivation once it disappears.

So instead of thinking "How am I going to motivate myself?" think "How can I make this a habit?"

Self improvement has no schedule. Waiting until New Year's to finally start going to the gym just shows an incapacity for discipline. Without that, it's highly unlikely you're going to fulfill your New Year's resolution. Adjust how you approach these problems entirely; nobody but yourself can control how you pursue your end goals.