Why Echosmith Is An Important Voice For Our Generation
Odyssey

Why Echosmith Is An Important Voice For Our Generation

They may seem like your basic teen pop group, but their message is far deeper than it may seem. 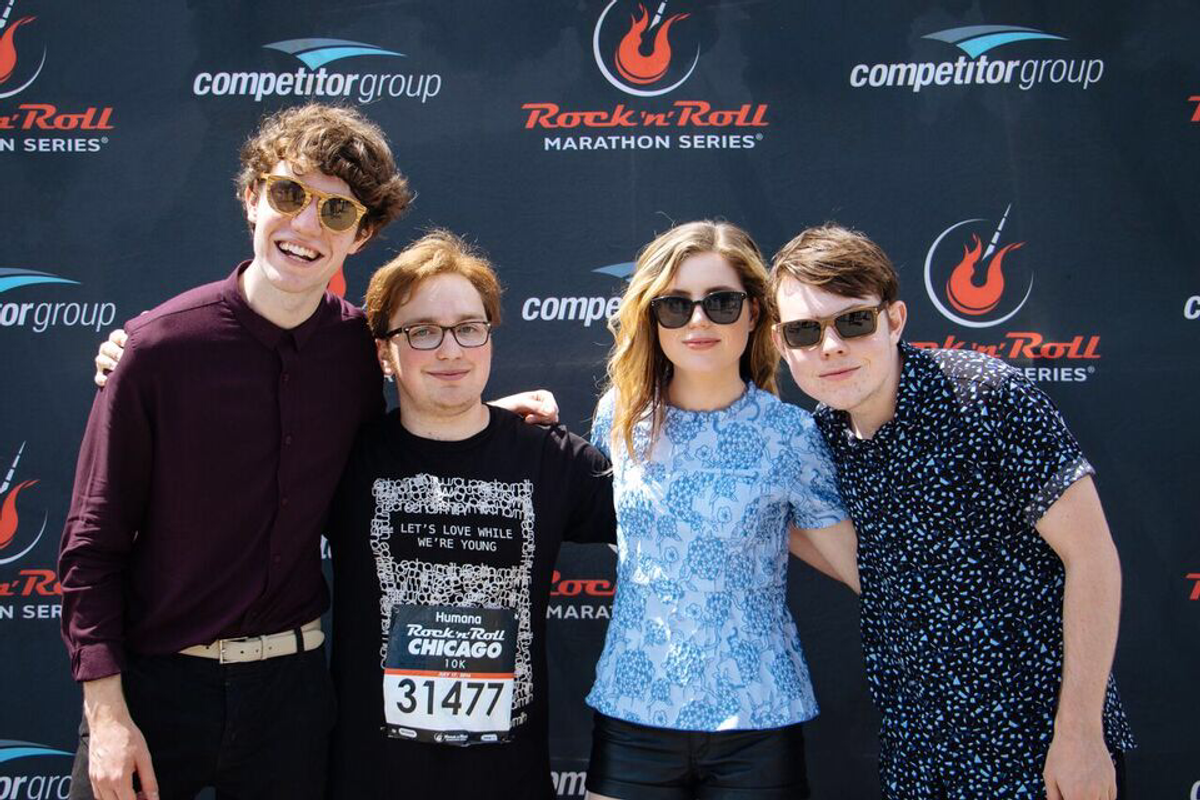 On the morning of July 17, 2016, most of downtown Chicago by Grant Park, South Lake Shore Drive, and the Museum Campus was shut down for the city's annual Rock ’n Roll Half-Marathon and 10K. And I’ll be the first to admit that I am not someone who’s built to be a half-marathon runner. But, nevertheless, I was there early that morning not to run a half-marathon (I did the 10K and walked all of it), but to see the band that was headlining the Finish Line Festival at Grant Park: Echosmith.

Now, there are probably a few people who are reading this article and asking, “Who the heck is Echosmith and what does that word even mean?” Well, I’ll give you a little background: they’re an indie pop/rock band from Southern California that consists of four siblings: Jamie, Noah, Sydney, and Graham Sierota. After being one of numerous up-and-coming bands posting videos of pop music covers on YouTube, they were discovered and signed to Warner Bros. Records after an agreement that their father, Nashville native Jeffery David Sierota, would be their manager and main producer (at the time, all of the band members were still in their teens). They broke through in 2014 with their top 15 hit, “Cool Kids,” and soon another top 40 single “Bright,” both from their debut album Talking Dreams. Having myself discovered them mainly through those two songs, I didn’t actually buy their whole album until last summer when I decided to on a whim (partly because I’m interested in music made by anyone even remotely close to my age) and immediately fell in love with them.

So why should people view them as anything more than a normal teen pop group? Because, for me, not only are they extremely talented and they play all of their own instruments and write all of their own songs, but I truly believe that their message is something that a lot of people in our generation need to hear. And they perhaps best defined their message in a note they sent out to us fans last November after their last tour came to end: “As we create these next songs we want you to know that you won’t be hearing songs about clubs, fame or sex from us. Our platform is something we take seriously, and as long as we’re given the opportunity to, we want to write songs that talk about how life is beautiful, songs that talk about how whether you’re at the top of a mountain where great things are going on or in the valley where all you see is hopelessness, that we can be reminded that we are not alone. Songs that explore love and all it’s layers. After all, for us, it’s all about spreading love.”

This is such an important thing for our generation to hear. We are living in a world that is so weighed down by tragedy, hate, negativity, polarization, and a volatile electorate that we seem to lose all sense of hope and love. I was just touring the Civil Rights Museum in Memphis, Tennessee, and throughout all the struggles that that movement faced, music was one of the few things that could bring them together. Spirituals like “We Shall Overcome” and “Eyes on the Prize” brought them together in ways that defied explanation. This kind of music that unites is sorely lacking today. And while Echosmith may not be writing movement anthems yet, their lyrics are so life-affirming and so seeped in love that they truly bring joy to my ears whenever I listen to them.

Take their most popular song, “Cool Kids.” You may have heard the song on the radio, but you may not have truly understood it. It’s basically about a boy and a girl who go to school and struggle to make any sort of friends. And while it may seem simple at first, the lyrics had an incredible impact on me, largely because of my own lifelong struggles with making friends in school due to my Asperger’s Syndrome. I love and applaud Echosmith for having the courage to create a pop song with this kind of importance, to remind people like me who might feel depressed or lonely or alienated in school that they’re not alone, that there are people like them who are going through similar struggles. Another song, “Let’s Love,” initially feels like a generic lightweight love song, before its chorus calls out to the listener, “Let’s love while we’re young!” a message that could just as easily be taken as a proclamation of love to a significant other as it could be a call for all young people to spread love to one another as opposed to the hatred and negativity and name-calling that plagues our dialogue today.

So while it is certainly fun to hear pop songs about dancing and partying and sex on the radio, hearing songs that promote positive, loving messages in a world overrun by hatred and negativity is a real game-changer. I believe Echosmith is on the front lines of changing this game, and I am forever grateful to them for not only reminding me that I’m not alone but also for making me pledge to spread love and positivity in everything that I do.

I pray that more people will come to discover this band and hear their message and that they will come to be accepted as an important voice for our generation. It is a voice that so desperately needs to be heard, and there is no better time for people to hear it than right now.