When You Let A Girl Go Into The Woods
Odyssey

When You Let A Girl Go Into The Woods

Once upon a time, I had a moment in the woods that was nothing short of magical, and truly something I will never forget. 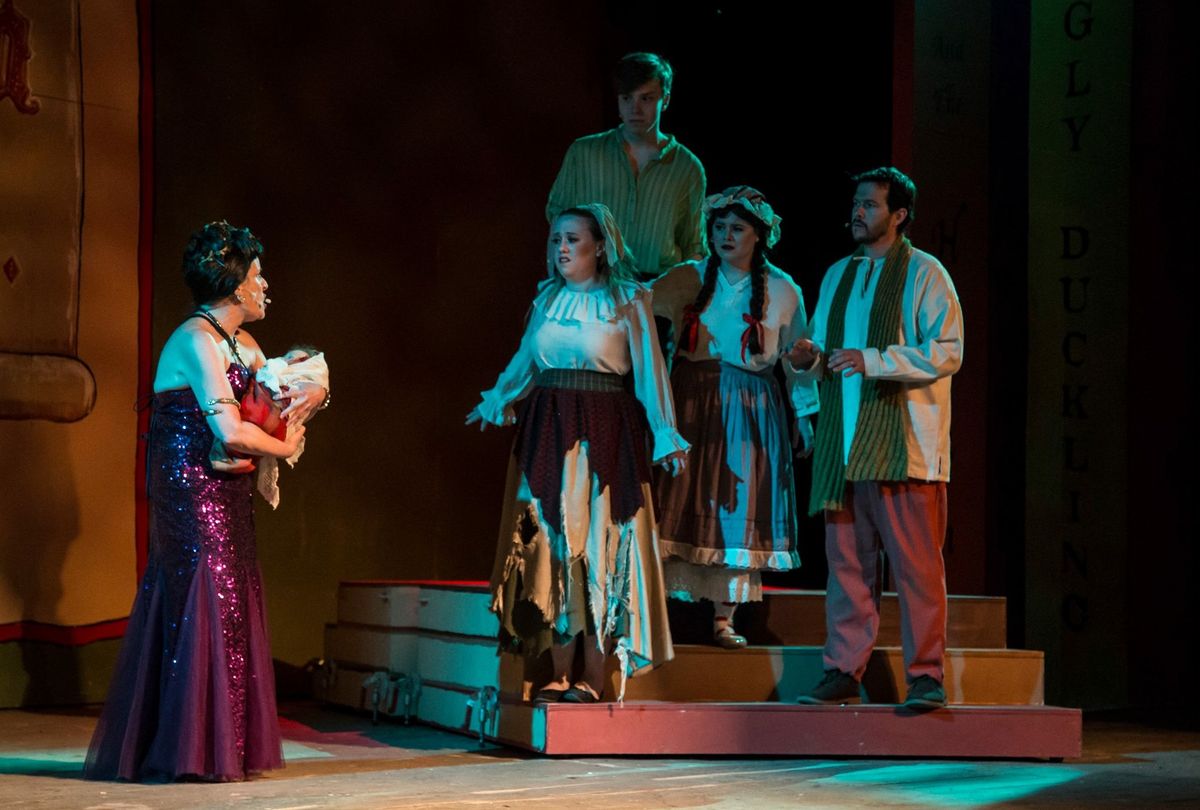 It’s a beautiful thing to be part of a cast. It’s a group of people that share a common ground, have the same passions, and have the privilege of being able to tell a story together. There’s so much that goes into putting on a show that opening night seems like a relief, but with a bitter sweet taste. It’s the beginning of the end of your journey together. While “post show blues” are very much a thing any time you close a show, once in a blue moon, you close a show and a piece of you goes with it—the cast has become your second family and it is so beautiful that you never want it to end. It doesn’t always happen, but for me, this happened when I got to take a journey into the woods as a hungry little girl searching for her granny.

In true storytelling fashion, let me set the stage for you: I was auditioning at a new theater, had no motivation to practice or even get up that morning, felt very empty in every sense of the word, and went into the audition room with a very much “here goes absolutely nothing,” sort of attitude. Ironically enough, upon filling out my audition sheet, I actually laughed to myself and remember commenting to someone, “Well, I know I definitely won’t be cast in Into the Woods, so…” I had given up before I’d even walked in the room.

I was at school at the time I was cast, so if we’re being honest, going back and forth from Staten Island to Connecticut on the weekends was less feasible than I thought. I was genuinely shocked at the fact that I had gotten the role, however, so I was going to do everything in my power to prove that I was worthy of it. Looking back at it now, I think I was trying to prove this more to myself than anyone else.

I met everyone in dribs and drabs because I was on pretty much an opposite schedule from the rest of the cast. From the very first rehearsal, I remember calling my dad from the car and gushing about how talented and genuine each person I met was. It was just that spectacular from the start—and I mean that with my whole heart. We were reminiscing in the dressing room before one of our final shows, and I was telling everyone how I remember meeting them, some of them in the strangest of ways. It’s funny now to think that in less than 100 days of knowing these people and having this whirlwind experience, that people I first met when I accidentally walked into a beginners ballroom dance class for old ladies instead of rehearsal, or someone I met in a bathroom would have such an impact on me.

At the time I was cast, I was at a point in my life where every day felt like the morning of the audition: I had no motivation to get up and go through the motions, was painfully melancholy all of the time, and had adopted a “slap a smile on it attitude,” trying my very best not to show that I was coming apart at the seams and bracing myself for even more disappointments. I usually pride myself on being the effervescent person that lifts people up around me, but at that point in my life both at school and with my personal life, I felt the one person I couldn’t lift up was myself. It was almost as if I had been kicked to the ground and this time, didn’t have the will to stand on my own two feet. Without even knowing it, this incredible group of people that I began bonding with helped pick me back up, just like that, piece by piece.

Not only did the experience come at the perfect time, but the role. A character who is witty, yet dry, strong and sassy, but so very innocent, all of the above and more, PLUS gets to eat on stage is so very true to my personality, so its a no brainer, right? I wish it were that simple to explain. The cookies were fabulous and I did look forward to that every night—that truly is plain and simple. The lyrics I was singing, the lines I got to deliver, however, now that’s what really hit home.

I’ve learned to cope with the hardships in my life my pushing them away, convincing myself I don’t feel them, tricking my brain into thinking I forget them, and covering it up with a smile. I say its to protect others, but I think it has a lot to do with protecting myself and this strong image of myself I’ve built up in my mind: one that is practically bulletproof and unaffected. But what I learned from this is that all it takes is someone to ask you if you’re okay backstage to learn that you truly are not.

What audiences failed to know, and honestly how could they, especially with all the work I’ve put in to people not knowing, was the fact that what resonated most with me about this role was the fact that you see a girl, so innocent and flawed, pretending she knows all and stumbling as she finds herself becoming a young woman. More importantly, she’s doing everything without a woman to guide her.

On stage, you truly do have to have some sort of divide between what you’re living on the stage and what’s happening in your world as yourself. I took this to the nth degree, creating a literal stone-walled barricade, blocking absolutely any sort of feeling I had as Tori. As is always the case, emotions explode at the most inopportune times, especially the times you are trying hardest to fight them. So hearing the words, “Nothing’s quite so clear now, feel you’ve lost your way,” seemed to trigger a floodgate of emotion, that led to a deluge of tears that didn’t seem to quit it for days. It was what I needed. It was cathartic. It was beautiful (except not really because I am truly the definition of an ugly Kim K style crier). I was acknowledging things and feelings that needed to come to the light, and as Little Red was finding her own discoveries within herself, so was Tori.

It softened my heart and began to open me back up. Better yet, it brought me closer to some of the most beautiful people I have ever met; not only great actors, but truly great people. More specifically, women whom I can only hope to emulate in my lifetime. In times when I really have felt isolated and contemplated how I am going to go through whatever obstacle I’m facing at that time, God has had people walk into my life, women especially, as mentors, friends, and pillars who have helped me along the way and reminded me people do stay.

“Truly, no one is alone.” I have never heard anything more powerful and true.

I talk all the time about perfect timing and this entire experience could not be a more powerful example of that. I am consistently placed in situations and with people that have restored my faith, my hope, and my spirit— and also given me incredible new people to walk through life with. God is so good.

This was so much more than a summertime memory—it became part of my healing and opened my eyes and heart up to something so special and something I didn’t know I needed. In less than 100 days, these people walked into my life and changed it, helped me heal, and had many laughs with me along the way. From impromptu Disney sing-alongs, picnics with pancakes, and my very favorite dressing room dance parties, this experience has meant so much more to me than meets the eye. I can honestly say I would be in a very different place had I decided not to show up to the audition that morning.

So thank you to Brad, Tracey, Carey, Priscilla, the “ Kids” of “Tori and the Kids,” KTG, and EVERY SINGLE PERSON in this entire cast for every second of this experience. My heart is exploding with nothing but love for you all.

With that, its time to leave the Woods. I need a sticky bun.