What If All Big 12 Schools Were Disney Princesses?
Odyssey

What If All Big 12 Schools Were Disney Princesses? 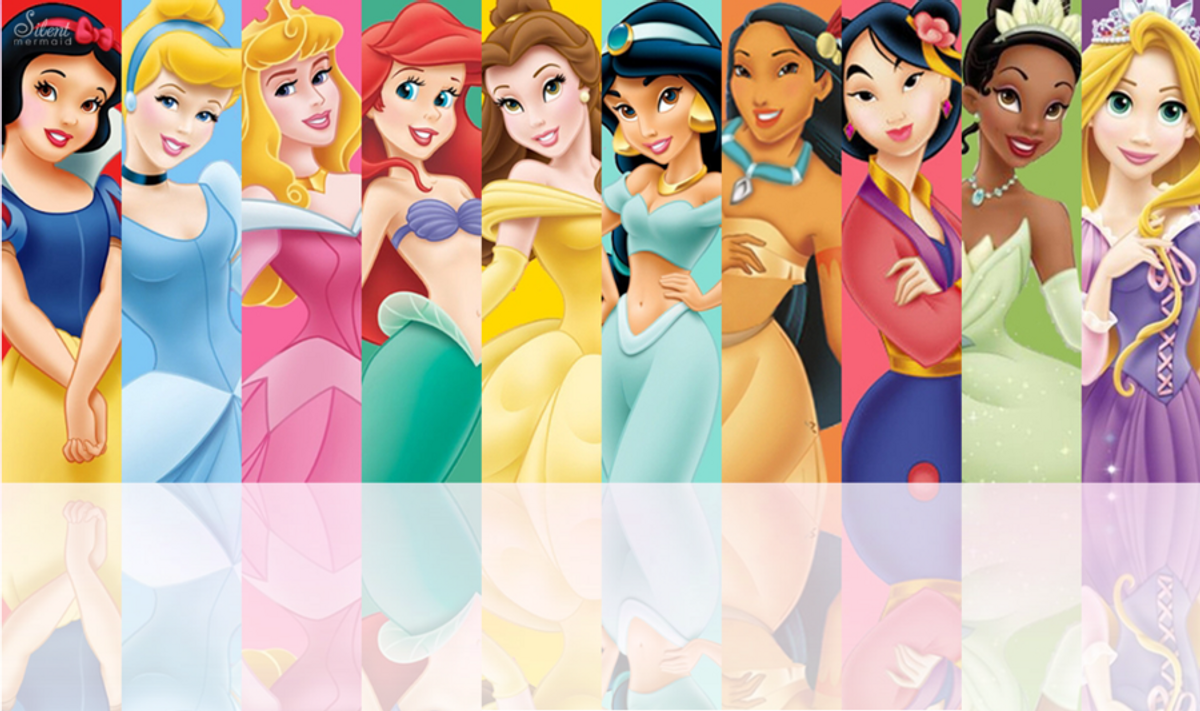 In a world of enchanted forests and magical kingdoms, Disney princesses rule, just as football currently reigns over college during fall semester. What if these two things were combined? What if each of the Big 12 schools drank a magical potion, or ate a poisoned apple, and was transformed into one of the Disney princesses? If that happened, this is who they would become.


Baylor University, Jasmine ("Aladdin")
Jasmine’s headstrong personality fits right in with the Baylor lifestyle. Her wealthy father has no problem writing the tuition checks as his daughter goes off to look for her MRS degree. Although she goes off on adventures an magic carpet rides, she always finds her way back to the mysterious land of Waco.


Iowa State University, Elsa ("Frozen")
When dealing with a bunch of southerners, Elsa sure knows how to ice out the competition. Sometimes, the school is misunderstood and feels left out in the big rivalries, but at the end of the day they are just as much a part of the conference as any of the other princess.

University of Kansas, Ariel ("The Little Mermaid")
KU knows what it's like to be the forgotten little sister, just like Ms. Ariel. She is a strong, independent, and impulsive little lady who wants to become her own person. And with that fiery red hair, it is hard not to think of KU’s mascot: the Jayhawk.

Kansas State University, Mulan ("Mulan")
As a fierce competitor and an intelligent fighter, Mulan is one princess you do not want to mess with. K-State’s mascot, the Wildcat, could easily be Mulan’s spirit animal with its ready to pounce stance and sharpened teeth.


Oklahoma State University, Pocahontas ("Pocahontas")
With her hair blowing behind her, and her gaze set upon the colors of the wind, OSU always strives to stay true to herself while exploring the rest of the world. She feels most secure in her homeland, but also is known for adventuring out to make friends in her surroundings. OSU knows how to be a cunning, successful warrior in battle, but she also knows how to balance having fun on her off time.


Texas Christian University, Tiana ("The Princess And The Frog")
Tiana has a good head on her shoulders, and knows hard work is the only way to make your dreams come true. Not only is Tiana a sassy and sophisticated young lady, she sure does have a thing for frogs!


Texas Tech University, Rapunzel ("Tangled")
Rapunzel, the girl who has been locked away in a secluded tower, would fit right in with those trapped away in Lubbock, TX. Her passionate and spirited personality sometimes comes off as overeager, but Rapunzel really just doesn’t know how to socialize with those outside of her bubble. Once she breaks out of her comfort zone, it takes her a while to play nice with others. This one sure is a spitfire.


University of Oklahoma, Aurora ("Sleeping Beauty")
Known as one of the classics of the Big 12, it is safe to say that the world knows both of these characters. Although Aurora normally walks around with confidence she will soon become queen of the Big 12, sometimes all it takes is a little prick from an unexpected source to take down her down. (Yes, I am still caught up on TCU beating OU #gofrogs.)


University of Texas at Austin, Cinderella ("Cinderella")
When someone thinks of this category, this school/princess comes straight to mind. Cinderella is the one that started it all and now is seen as the overarching icon of the Disney Princess brand. Although she might not be everyone’s favorite, Cinderella and UT have shown that with time comes respect. And what says southern belle better than a big, poofy ball gown?


West Virginia University, Merida ("Brave")
Sometimes she is seen as the outcast, or as the obvious answer when asking which one of these is not like the other. However, she still has the power to make a change in the Big 12 rankings. She must adventure outside of her kingdom to find her true journey, but she still makes it home to celebrate her victories.