What It Means To Be Misogynistic
Odyssey

What It Means To Be Misogynistic

The questions regarding why women are still being oppressed today have finally come into the public space. 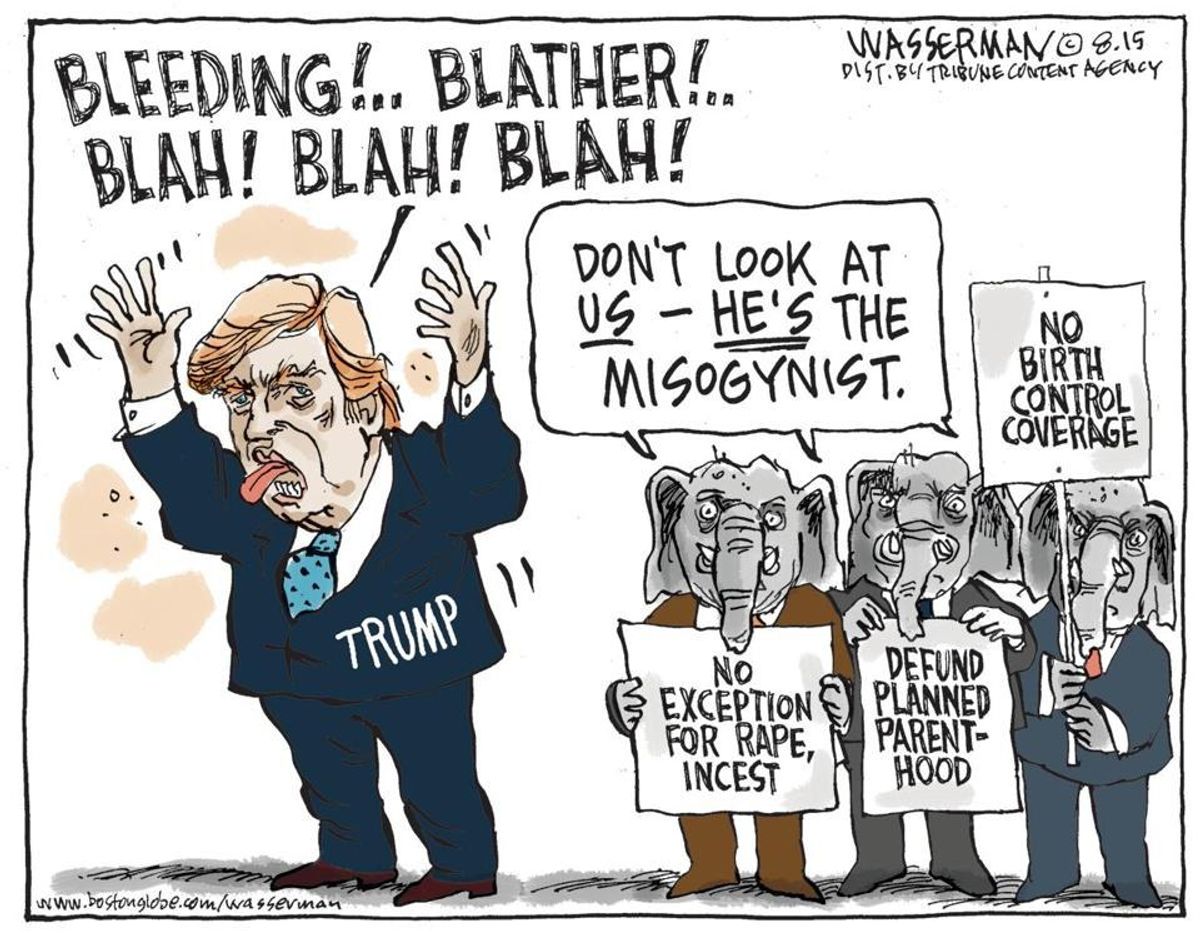 According to Dictionary.com, "misogynistic" means "reflecting or exhibiting hatred, dislike, mistrust or mistreatment of women."

Misogyny can be argued to be the main reason as to why women are unable to move beyond the stereotypes that have been established hundreds of years ago. The male-dominant society we live in today has portrayed women as unwise, weak, and unequal due to the societal norms conveying men as the leader of the home, and the leader of our praised nation. Not only are men portrayed as leaders, but men are even portrayed as God; while within the same Biblical text women seem to only be used for unwanted labor and the carrier of our future generations. Women have been granted the label of being an, "object" to use for personal pleasure. What can be considered pleasure can range from sex, or to grant a man a higher ego by having the most attractive female.

The Great Depression affected women and men in drastically different ways. The biased economy began in the 1930’s and completely relied on "sex-typed" work. The "hard" work most directly associated with males (such as manufacturing and steel production) faced the harshest levels of lay-offs during the Depression. Women primarily worked in service industries, and these jobs continued during the 1930s. Clerical workers, teachers, nurses, telephone operators, and domestics largely found work. However, various jobs directed to female employers received lowered pay scales. But women's wages remained a necessary element in family survival.

Fast forwarding to the 1970’s, the widening wage gap between the sexes reflects the continuous concentration of women in low-skilled, low-paying jobs. More than two-fifths of all women workers were still employed in just 10 job categories in 1973 including secretary, bookkeeper, private household worker, elementary school teacher, waitress, typist, cashier, registered nurse, and more. Salaries were relatively low, averaging $4,700 for sales clerks and $6,400 for clerical workers according to the Article, "Back to the Kitchen" , it elaborates with various statistics regarding the wage gaps.

Could the answer just be that, as a nation, we just have failed to recognize women as valuable elements of society only because of one being a woman?

A great example of modern day discrimination against a woman is within the Presidential Debate. Hillary is very knowledgeable regarding our past and her positive idea of how our nation can grow is achievable and convincing. But I have found more and more of the American youth to hate Hillary because, “She’s Hillary.”

Oddly enough, according to USA Today, it shows that Bernie Sanders is ranking over Hillary in popularity, despite their almost identical political views. Yes, there are obvious differences that can be further viewed here; but the lack of support for Hillary is a 17% difference compared to Bernie.

And finally this raises the same question again, “Have we as a nation failed to recognize women as valuable elements of society only because they are women?"

Sadly, misogyny appears to still thrive within our society. But beginning to ask the question of why our society is the way it is can begin to bring necessary awareness for women’s rights. Hopefully asking such straight-forward questions can bring awareness and can also begin to increase the well-needed respect for women everywhere.