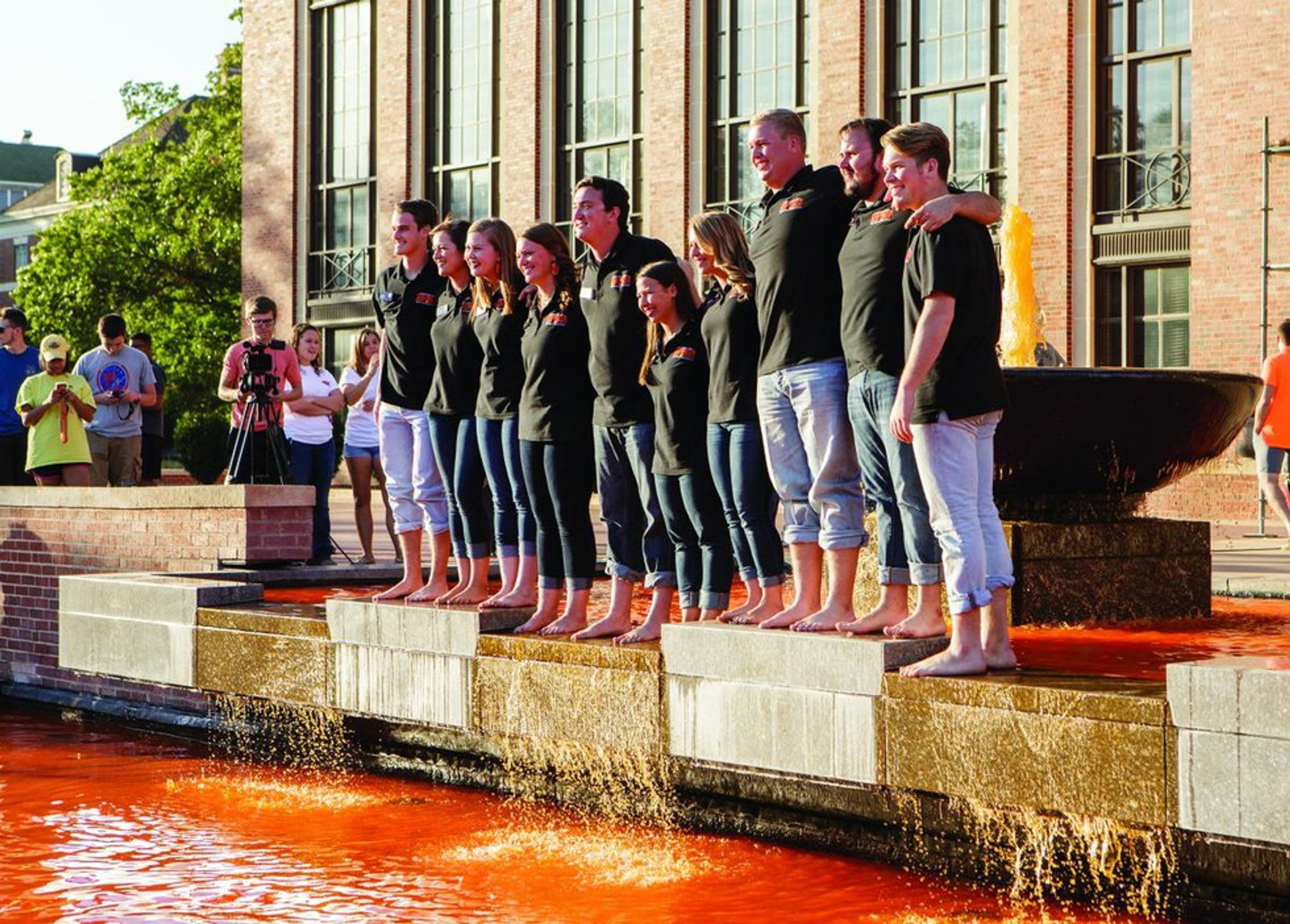 Homecoming 2016: A Cowboy Dream. What is your dream? How will OSU help you to achieve that dream? For me, my dream is to walk across that stage and receive the diploma I worked long and hard for. But until that day, I will enjoy the homecoming weekend as I recognize my university and all that she stands for. Homecoming brings me home to a place I never knew I needed.

It wasn't until the 1960s that walk around officially got its name. This is due to the fact that traffic jams to view the decorations were so bad that people abandoned their cars and opted to walk around and see everything rather than being stuck in an unmoving vehicle.

The massive house decorations composed of pomping and intricate welding did not start until several decades after the start of "America's Greatest Homecoming." All house decs were originally painted doors on the sorority houses. Now the house decs take months of planning and hundreds of hours of time as well as the combined efforts of the paired fraternity and sorority houses.

The homecoming parade started over 86 years ago, and is now one of the largest and most exciting aspects of the homecoming festivities. The parade happens the day of the homecoming game and allows the fans, especially the children, to see the city of Stillwater come to life and get the excitement going for that day's game.

However, it must be noted that for every year now homecoming and its parade will have more than one meaning. Now it will have the feeling of loss and solidarity as the people of Stillwater and members of OSU remember the four lives lost and the many who were injured during the fateful morning of Oct. 24, 2015 in which a woman reportedly ran her car through the crowd of parade watchers.

Every one is home. Because you can move away after graduation, but a piece of you will always be here in Stillwater, Okla. OSU Homecoming allows the families and the friends of OSU alumni and soon-to-be OSU students to gather in the unity, strength, and overall wonder that makes OSU one of the best universities. Homecoming means being home with those you love celebrating the university and its people in the best possible way.