Even in your selfies, you better smize! 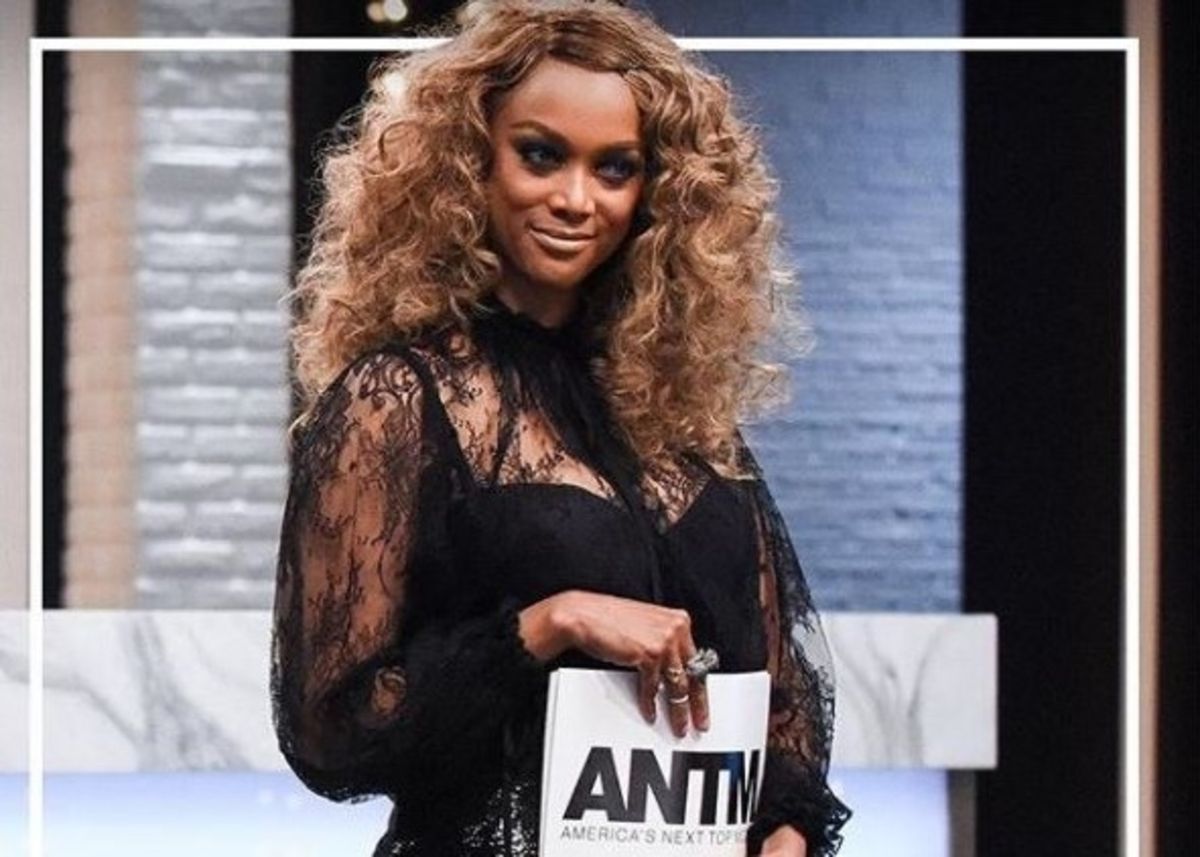 When I found out that "America's Next Top Model" was streaming on Hulu, I was beyond ecstatic. I grew up waiting for the day-long marathon of different cycles of the show to be on tv during days off from school so I could wake up at 8 a.m. and binge an entire cycle all day.

For the last couple of months, I've been binging the fuck out of this show on Hulu, and I'm pretty sure Tyra Banks is actually playing a part in curing my clinical depression.

She is so inspirational, and she has continued to inspire young girls to embrace their inner and outer beauty even to this day through "America's Next Top Model" (seriously the show is still going, they're on cycle 24!! Crazy right??).

So here are 6 things I've learned from Tyra while binging the show, and I highly encourage every girl to binge this show ASAP (I will let you use my Hulu account that's how important it is y'all).

"Smize" is a word invented by Tyra herself. It means "to smile with your eyes". As Tyra would say, the eyes are the window to the soul. Smiling means nothing, but when you smile with your eyes you can tell an entire story. So even in your selfies, YOU BETTER SMIZE!


2. When given a second chance, try harder than you would have the first time

We all know this meme, but do you know the story behind it? During cycle 4, Tiffany was given a second chance to be in the final girls to appear on the show. In cycle 3 she was cut during the semi-finals. She was an underprivileged girl who was going to stop at nothing to make a come back on the show. But during cycle 4 she started to no longer care about the competition, when she was sent home, Tyra made her famous speech to her, saying she had never yelled at a girl like that. RIP Tiffany. She will never be forgotten. But never disappoint someone who gives you a second chance.

Another word made famous by Miss Tyra Banks is the "booty tooch". America's Next Top Model has always encouraged full-figured girls to be on the show and show off their "fiercely real" bodies. A plus-size model actually won the competition on cycle 10 (her name is Whitney and she followed me back on Instagram so I'm basically her BFF). When you gotta a fiercely real booty, you gotta TOOCH IT!

4. Your flaws are what make you unique and beautiful

Tyra always talks about how flaws are the most beautiful thing about a girl. She is actually known for her very large forehead, but that is what makes her stand out. No famous model out there is cookie-cutter beautiful, they all have quirks and flaws, but that's why we like them. So embrace the parts of your body and personality that make you different, because they will make you stand out.

5. You can do anything if you have confidence

On ANTM the girls have to do a lot of new things, especially when they travel abroad. An excuse that is used in every cycle from at least one girl is, "I had never done that before so that's why my picture is so bad." The response that Tyra gives every time is, "You girls are always doing new things and you can pull them off. You just have to have the confidence to work it." Confidence is key. If you have confidence, you can do anything. Fake it till you make it, honey.

Do I even need to explain this one?

Caitlin Marie Grimes
University of South Florida
7455
Beyond The States