Turkish Star Wars: Long Ago In A Theater Far Away
Odyssey
CurrentlySwoonLifestyleHealth & WellnessStudent LifeContent InspirationEntertainmentPolitics and ActivismSportsAdulting
About usAdvertiseTermsPrivacyDMCAContact us
® 2023 ODYSSEY
Welcome back
Sign in to comment to your favorite stories, participate in your community and interact with your friends
or
LOG IN WITH FACEBOOK
No account? Create one
Start writing a post
Entertainment

Turkish Star Wars: Long Ago In A Theater Far Away

The Greatest Star Wars Film No One Saw 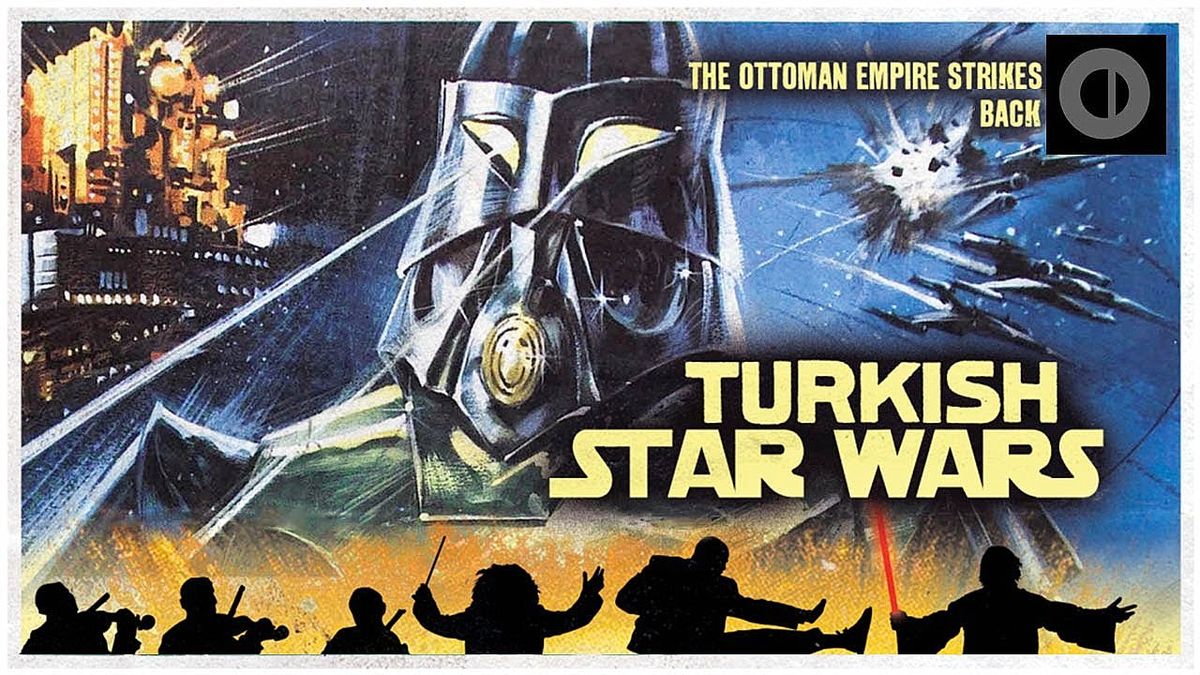 Now that every nerd, geek, freak and average joe stood in line to see the latest Star Wars movie over the weekend, there is no doubt that the film has made more money than the current United States financial deficit ten times over, and Disney is now going to use their hard earned money to turn the moon into a Disney logo Death Star in the coming years. This goes to show what kind of impact a science fiction movie series can have on a global scale when it is marketed correctly, especially in the middle east. Back in 1982, the great nation of Turkey thought Star Wars was so great, they wanted to make their own version of the film, which is known as “The Man Who Saves The World;” aka, Turkish Star Wars.

Here is a brief little history of the film and why Turkey had to make their own Star Wars movie. From what I can gather about the film over the years is that Turkey then (and more likely now) mostly banned foreign films to enter the country under the political upheaval at the time. So instead of trying to break Turkish law in getting caught importing films outside of Turkey, the filmmakers thought “Eh, eff it, we can make out own!” There are several “Turkish (insert famous movie title)” films that exist regarding Superman, Batman, Rambo and much more from this point in history. The most famous of them all that has grown as a cult following would be Turkish Star Wars, which fans of Star Wars are in for a treat if they want to sit down for an evening for a good low budget film ride. It certainly beats out that Star Wars Holiday Special.

So, what’s Turkish Star Wars about? Well, it involves our two heroes who are Turkish Han (played by Ayteknin Akkaya) and Turkish Luke (played by Cuneyt Arkin) who are involved in a space battle and happen to crash land on a desert planet, which are inhabited by red-fursuited Wompa’s, zombies, skeleton warriors, beautiful women, blue colored robots and a vampiric Turkish Darth Vader. Through a series of silly Jedi training montages to understand Jedi Kung Fu and melting the sword of Jesus Christ into golden snow gloves, Turkish Han and Luke do what they can to take down the evil Turkish Darth Vader in order to save Turkish Tatooine. If you think I’m just making this up out of thin air, you are wrongly mistaken, this really happens in this movie.

How I came to see this film was my best friends Josh and Doug came over to my house one night in the summer of 2006 with the premise of “Hey, have you seen Turkish Star Wars? Oh you haven’t? Well, you in for a treat now.” For the next hour and a half, I was blown away by how a ridiculous film could be made and see the light of day in my living room. So how available is this movie? Well, it was sold online, but through bootleg copies on eBay at the time that someone took the time to translate and press onto DVD for their own profits. Needless to say, I borrowed that DVD for months and showed it to my cousin in Texas later that year, which we still joke about this film to this day when we see each other.

So how much impact does a film like Turkish Star Wars have on Star Wars fandom? Well, let's just say that recently a group of people found the original 35mm print of the film and are doing an entire restoration project to make it as high def as possible. Part of the film's charm would be that the soundtrack to the film takes music from other films that were popular at the time like Indiana Jones, Tron, Star Wars (and its special effects), and Flash Gordon are just to name a few audio splices throughout the movie. If you pay attention in the beginning of the film during the Death Star trench run, someone decided that the pilots out to be flying backward, which the film clearly shows the footage being rem to give a sense of motion in outer space but backward, because that’s how these Turkish spaceships work dammit! That’s not even the best parts of this film because your only getting the tip of the cinematic genius behind these filmmakers talent into this film.

This sadly is the least talked about Star Wars movie when your average Star Wars “fan” brings up their favorite or best Star Wars movie (which 9/10 its going to be Empire Strikes Back, which most fans can universally agree too). But upon you the reader, by sitting down and watching this film, you can clearly be the rightly spoken fan by interjecting that Turkish Star Wars is the far superior film out of every Star Wars movie ever made. You can either get one of two responses: either you get a sea of groans and laughter from the people who have seen or are aware of this film existence or a bunch of zombified clueless looks from your hipster millennial peers. Based on what response you get, you can easily filter out who is the truest Star Wars fan in your nerd circle by making this proclamation. You owe it to yourself to see this film, it will fail every expectation for good reason, and you will feel better for knowing what a great movie this is in the end. So screw The Last Jedi and make it a Turkish Star Wars night!