A Response To The Trump Quotes Posted Around My Campus
Odyssey

A Response To The Trump Quotes Posted Around My Campus 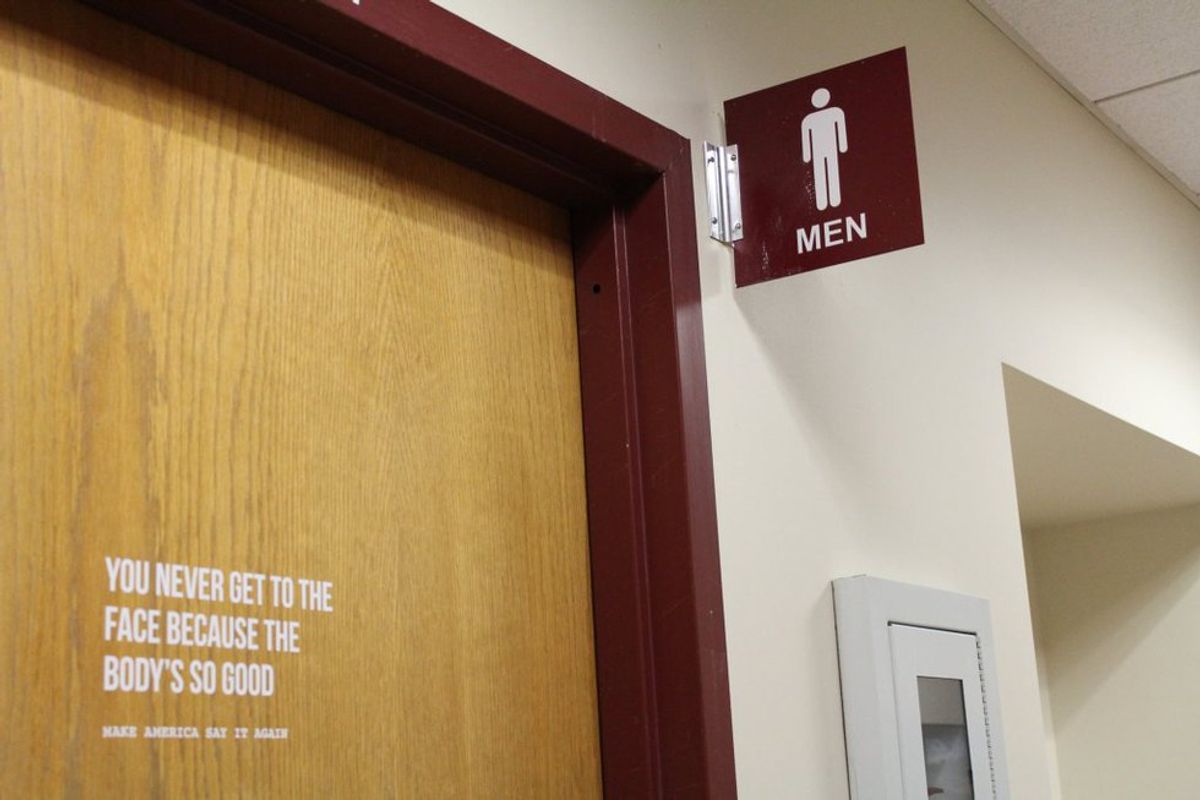 During my senior year of high school, an art student painted a beautiful silhouette of a lesbian couple kissing. It was massive and charismatic, approved by school officials to be posted right above one of our main entrances inside a medium-sized public school located in one of the most liberal cities in the country, a small city in northern California, neighboring Berkeley and minutes from San Francisco. What made it even more exceptional was the story behind it: the artist was exiled by her church due to her sexuality, and so she chose to make it even more powerful and personal by painting the depiction over pages of the Bible.

This was no doubt an audacious move on the behalf of the artist to put forth such a controversial piece, but it seemed appropriate considering the environment in which we were growing up in where everyone, especially our school’s officials, were being more inclusive, accepting, and progressive. After all, it was art.


But then, just hours after it was put up, it was taken down for fear of its provocation.

A part of me was furious that my school couldn’t handle it, but another part of me understood. It was a public school so we needed to be as politically correct as possible and tread carefully when it came to controversial statements regarding religion and sexuality, especially when such potent and personal opinions were being expressed.

Almost exactly a year later, I am on the opposite side of the country in a large private school, Boston University. The past week has been an exciting time here on campus as an anonymous graphic design student has posted numerous, outlandish quotes by Trump around campus.


In an article by The Tab at Boston University, the artist came forward and explained the pieces. “By making America ‘say it’ again, it reminds students of things that the potential next future President of America, Donald Trump, believes in… None of the quotes are intended to offend or hurt people, they are only meant to remind and inform students of Donald Trump’s statements,” says the artist, quoted in the article.

I couldn’t be more ecstatic to be a part of a campus where students can express themselves, and I am even more excited with how this particular artist has chosen to point out the absurdity in the current presidential election. The “Make America Say It Again” doesn’t credit Trump directly, leaving only the quotes to be interpreted. These looming, chilling quotes are his direct words. They don’t provide an explicit opinion and serve only to repeat the ridiculous statements by making America “say it again,” prompting reevaluation among viewers.

According the The Tab article, “… the artist hopes that the “Make America Say It Again” movement will help keep these issues in conversation”.

Today, almost a week from when the quotes were first spotted, they still stand.

Now, I understand that this instance is very different from the previous incident at my high school. I am aware that the piece at my high school posed a direct opinion, painting religion in a bad light in a more sensitive setting. I am proud to represent this university that recognizes when certain messages are appropriate for the setting, even if they are difficult or uncomfortable.

It is also true that not everyone agrees with me which is expected with any kind of politically charged statement, however the quotes survive, implicitly telling students that we are adults now and it is okay to be offended.

Emma Hyatt
276
The Truth About My Parents' Divorce