While the spread of coronavirus can't be stopped completely, the handling of the pandemic could've been — and still can be — done in a way more efficient way. 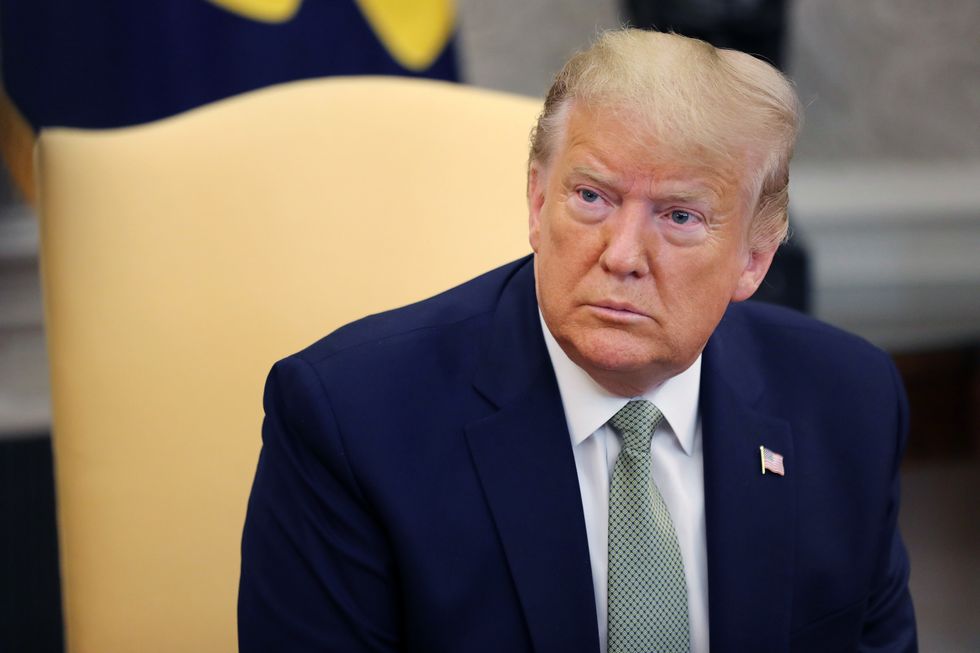 The coronavirus (COVID-19) struck the United States in early January and the response has been completely botched by President Donald Trump. Its spread has been rapid and many high-profile events have been canceled as a result.

Here are 11 ways Trump is dropping the ball handling the COVID-19 pandemic.

1. Trump has been downplaying the reality of COVID-19 since the beginning...

Trump has been downplaying the gravity of the coronavirus for weeks as cases continue to balloon in the U.S. https://t.co/e92j9qZ3MG
— NowThis (@NowThis)1584104580.0

Trump's downplaying of the disease, on a national scale, has created a set of circumstances where, because action wasn't taken promptly, the disease has had a great opportunity to spread and take root in the United States.

There is a direct association between not taking it seriously and this rapid spread in Ohio. We can only imagine if it had been taken seriously when it first appeared, would we be facing similar circumstances or would it have already been mitigated?

ABC News 5 Cleveland talked to the press secretary for the Ohio Department of Health. She told them, "'Whenever you know of two people that have it due to community spread, then you can assume that 1 percent of your population has it...' citing a 2017 Morbidity and Mortality Weekly Report from the CDC."

That means the reality of how many people carrying the disease in America right now might be pretty high.

3. When Trump finally began to take the virus seriously, his Oval Office address to the people fell flat

The speech was mainly put together by the president's son-in-law, Jared Kushner, and edited several times just minutes before the address. Kushner, according to the Wall Street Journal, "[hand't] attended a single task force meeting."

Ultimately, it exacerbated anxiety around the disease and didn't deliver a comprehensive coverage plan, according to the International Business Times.

4. He displayed really problematic xenophobia in his address

Trump called COVID-19 a "foreign virus" in his address. But this virus is not simply foreign, it is global. By calling it foreign, it is placing the blame on China and equating COVID-19 as China's fault. This is inherently xenophobic.

SEE ALSO: If You Don't Think Calling Coronavirus The #WuhanVirus Is Racist, You're Already Sick

5. He has restricted the full use of Medicaid in response to the virus

The Los Angeles Times reported on March 13 that "despite mounting pleas from California and other states, the Trump administration isn't allowing states to use Medicaid more freely to respond to the coronavirus crisis by expanding medical services."

The restrictions on medicaid have been recently loosened around major events like 9/11, Katrina, and the swine flu, so Trump is going directly against what the protocol of this level of situation is.

6. In America, we have a lack of tests for the disease

However, this is false. According to lawmakers, fewer than 10,000 people have been tested.

Even though testing capabilities are on the increase nationwide, it is frightening that only 10,000 people have been tested. Especially when reporting suggests that 1 percent of their population could be carrying COVID-19.

7. Trump blamed the spread on Obama and the CDC

According to Factcheck.org, this is simply false.

"It's not true," said Rachel Sachs, a Washington University in St. Louis law professor, of Trump's claim in a phone interview. The Obama administration did attempt to impose a risk-based system of regulation on laboratory developed tests, or LDTs, and introduced draft guidance in 2014. But that guidance was never finalized, and was withdrawn after Trump won the election in 2016. "It never went into effect," she said, "so it's not an issue to walk back."

8. The Trump administration is going ahead with it's planned food benefit cut

Trump had been planning a food benefit cut that would affect around 700,000 people. HuffPo reports:

"Unemployed adults who aren't senior citizens and who don't have dependents or disabilities represent only about 7 percent of the 35 million Americans who receive SNAP benefits, which can be used for food at grocery stores."

It is a strange and depressing move to go forward with a food benefit cut that could impact the ability for Americans to get what they need. Especially during a crisis like this, you would think the president would have a little more empathy and delay the cut for a period of time.

9. Trump is working to get more tests and shut down travel from Europe but his actions are coming too late

According to the CDC, there are 1,215 confirmed cases of COVID-19 and 36 deaths. With the news from Ohio and the CDC, it shouldn't be hard to deduce that the amount of people carrying the disease is growing exponentially.

Too little too late. That has been the biggest botch of the entire pandemic for Trump and the United States. Because it wasn't taken seriously, made to seem as though it would disappear, the disease was given fertile ground to spread and take root.

10. The stock market is reacting negatively and Americans are losing jobs

The stock market continues to plunge and the first wave of job losses is hitting the states. Although this may have been unavoidable, the damages could've been limited with a plan that had more foresight than how Trump handled the pandemic.

11. Trump and his administration have repeatedly made numerous verifiably false or misleading statements about the virus

CNN's Daniel Dale and Tara Subramaniam compiled an extensive fact-check of 28 times Trump himself or his administration put out information that was misleading, inaccurate, or a flat-out lie regarding COVID-19 or the government's response.

As a result, more people now disapprove of how Trump has handled the government's COVID-19 response than approve.

NEW: A majority of Americans disapprove of Pres. Trump’s handling of the response to the coronavirus, per new @ABC… https://t.co/5WxCKJCpUM
— ABC News (@ABC News)1584105680.0

There isn't much surprise here. It's evident that the Trump administration has let COVID-19 get out of hand. And fast.

From Your Site Articles
Report this Content
Student Life